The famous chess player Vasily Vasilievich Smyslov was the seventh world champion and major chess theoretician. In the match for the crown, he defeated Botvinnik himself, and then confronted Kasparov on the way to the title. With all this, at the peak of his fame, the chess player almost became an opera singer, almost winning the selection of vocalists for the Bolshoi Theater.

Vasily Smyslov was born in Moscow 03.24.1921. The hobby for chess was passed on to him from his father, who created a real atmosphere of this ancient game in the family. There were more than a hundred chess magazines and books in the library of Smyslov Sr. And he himself had the first rank and once even defeated the outstanding Alexander Alekhine. The uncle of little Vasya often came to visit the Smyslovs. He became the boy’s first sparring partner, and a little later he presented him with the book “My Best Parties” written by Alekhine, on which was a symbolic inscription “Future Champion”.

Nevertheless, the biography of Vasily Vasilievich Smyslov could have developed differently, because in childhood he also seriously engaged in boxing and had good achievements in this sport. However, in the end, chess pushed martial arts into the background.

Basil mastered the basics of the ancient game in the Moscow House of Pioneers. His mentor was Fedor Fogilevich. Soon, the young man began to stand out from his peers with his results, and sometimes more experienced masters won in sessions of the simultaneous game. 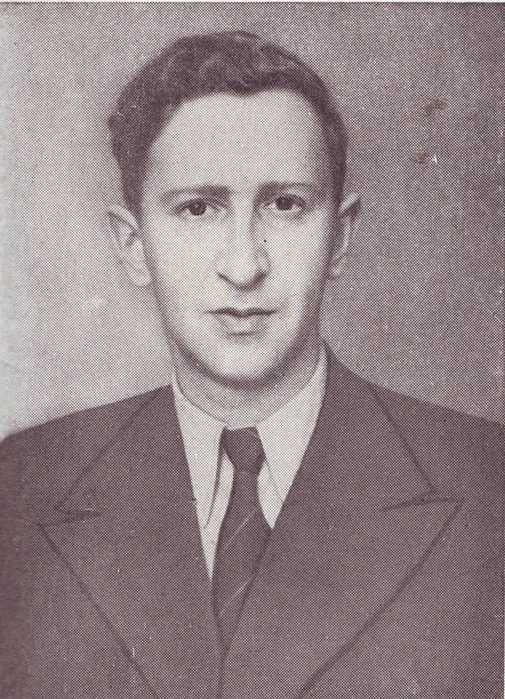 The first significant success came to the chess player Vasily Smyslov at the age of seventeen, when he won the junior championship of the country and the championship of Moscow. For these services, the young man was awarded the title of master of sports.

In 1940, nineteen-year-old Vasily Smyslov became the third in the championship of the Soviet Union. Forward, he missed only the luminaries of chess Mikhail Botvinnik and Paul Keres. In 1941, a match-tournament was held, in which the best six players of the championship participated, and Smyslov again took third place.

In 1948, at the post-war tournament, the chess player made the first attempt to become a real competitor to Botvinnik, but still could not beat him and remained the second. In 1950, Vasily Smyslov took third place and did not reach the final. In the same year he received the title of international grandmaster. In 1953, the chess player won the contests of contenders and won the right to play with Botvinnik, but lost again in the full-time match, which took place in 1954. 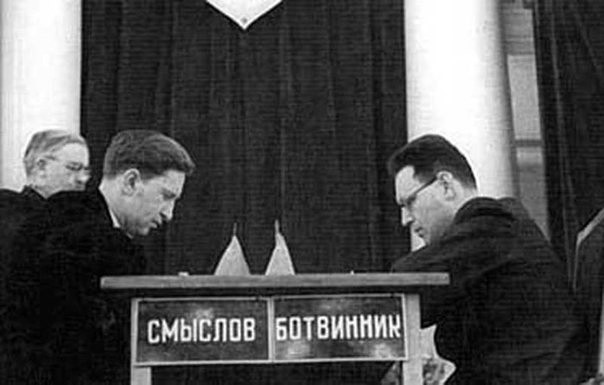 For many years, Vasily Smyslov as a member of the USSR national team participated in the World Chess Olympiads, where he won nine times. In addition, he won the European Championships five times.

In 1957, the chess player met again with his eternal rival. A new match was held in the Tchaikovsky concert hall. This time, Smyslov turned out to be stronger and became the seventh world champion. Botvinnik admitted defeat and noted that Vasily received this title by right.

At the exit from the game room that day a whole crowd of chess fans gathered. Vasily Smyslov was surrounded and for a long time not released by the jubilant Muscovites, which is why they even had to temporarily block the movement on the Garden Ring. For the victory, the chess player was awarded the Order of Lenin.

Unfortunately, Vasily Smyslov could not hold the crown for a long time: in 1958 he was defeated in a rematch. The chess player explained his loss by long rest on his laurels and health problems: during the return match Vasily Vasilievich was struck by pneumonia.

In the future, Smyslov made new attempts to get the coveted crown, but he could not get to the finals. However, at the end of his career, the chess player overcame the interzonal barriers and entered the applicants' tournament, where he sent home the younger Zoltana Ribli from Hungary and Robert Hübner from Germany. Thus, at the age of 63, Vasily Vasilievich became the finalist of the contenders' tournament, where he fought with Garry Kasparov himself, but lost. 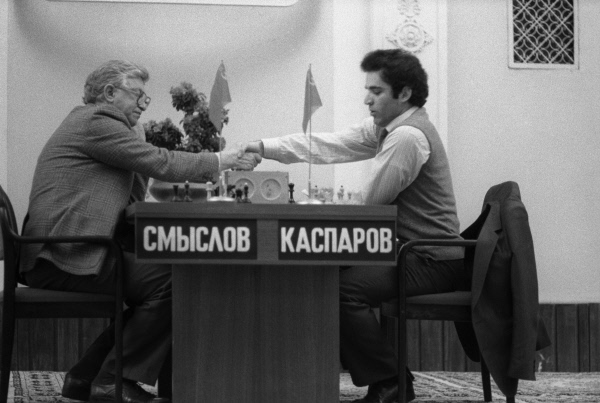 In just a long career, Smyslov participated in seventy international tournaments, of which he won the most notable victories in Havana in 1964 and 1965, in Hastings in 1968, Reykjavik in 1974, and Berlin in 1979. In total, he won in twenty international and domestic competitions. His last tournaments were held in 2000 and 2001. in Amsterdam, seniors play against women.

Chess maestro Mikhail Botvinnik noted in his eternal rival Smyslov universality of talent and extraordinary insight. Vasily Vasilievich could with equal success expressively attack and go on the defensive, actively maneuver and issue a subtle debut. Botvinnik admitted that in the game of Smyslov it was practically impossible to find weaknesses. But the most confident seventh planet champion felt in the endings - the endgame was his native element. As Vasily Vasilievich said, first of all, the chess player must improve not in the middle game and in the opening, but in the endgame.

Smyslov made a significant contribution to the development of the theory of Slavic defense, the Spanish party and the queen's gambit. The chess player even created the author’s development of the system in defense of Grünfeld. The grandmasters who analyzed the games played by Vasily Vasilyevich always noted the consistency and simplicity of each move made. Smyslov himself called the combination of harmony and art the most valuable in chess. 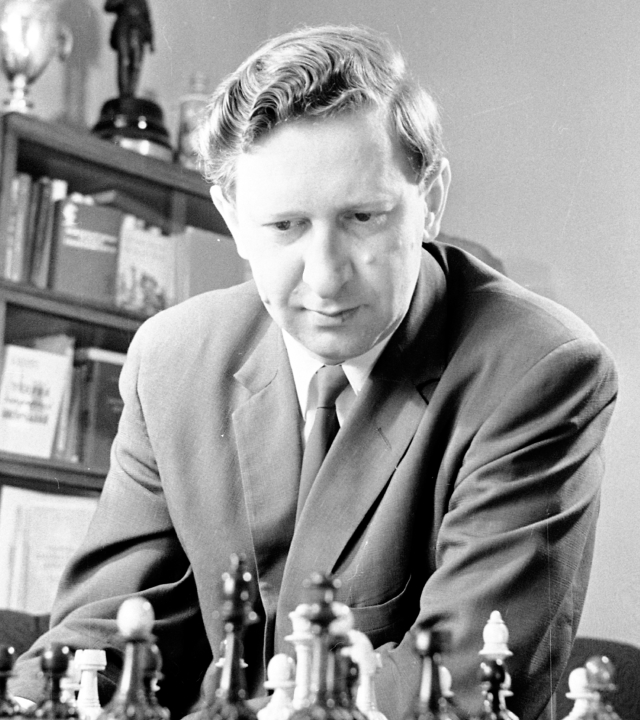 After the completion of a chess career, the biography of Vasily Smyslov began to play with new colors. He took up theoretical work and began to write books. Vasily Vasilievich summarized his vast experience in the author’s works, the most famous of which were “In Search of Harmony”, “A Guide for Beginning Chess Players”, “Theory of Rook Endings”. The last of these works has been repeatedly reprinted and again released in large print runs.

In 2008, Vasily Smyslov’s book “The Science of Winning” was published, which later became the favorite publication of many players. In it, the chess player told how to think through the party’s strategy correctly and how to create non-standard situations for the opponent in which he can miss the win.

Not everyone knows that Vasily Vasilievich is not only a chess player, but also an opera singer. In early childhood, his father taught him to play the piano, and they played music four hands. Then the son began to accompany dad and simultaneously learned many romances. The chess player has always seen himself as an opera soloist and dreamed of a big stage. Back in 1947, he began to seriously engage in vocals with the famous professor K. Zlobin. In 1950, he even took part in the competition of vocal trainees, which was held at the Bolshoi Theater, and managed to overcome the first round. The members of the selection committee enthusiastically responded to the excellent baritone of Vasily Vasilievich. However, due to chess competitions, Smyslov could not participate in the further selection and gave way to other applicants.

Nevertheless, the grandmaster did not stop singing: during foreign tournaments he often showed his musical repertoire to the local public. Once, when Smyslov performed in the Dutch Tilburg, the Philips company even recorded a record of old Russian romances performed by him. And in 1996, Vasily Vasilievich’s old dream came true: at a solo concert at the Moscow Conservatory, he sang his entire repertoire, and ended his performance with the song “Twelve Robbers Lived”, which he performed with the choir. 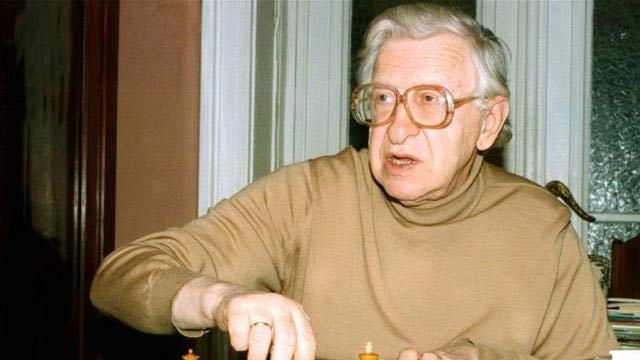 The chess player was monogamous and lived all his life with one woman. His wife's name was Nina Andreevna, she was a faithful companion of Smyslov and devoted all herself to her husband. Vasily and Nina met in 1948, when they stood in line at the front desk of a sports department. At that time, by order of Stalin, officials worked around the clock, so the thing happened at night. Sense at that time was already a well-known chess player, and the girl gladly accepted the offer to take her home, but the acquaintance did not go beyond this.

A week later, young people met by chance at the post office and have not parted since then. A year later, the lovers played a modest wedding.

The senses lived together for more than sixty years, but they did not have any joint children. Nina Andreevna from his first marriage had a son, Vladimir. Looking at Vasily Vasilyevich, over time he also became interested in chess and began to speak at various tournaments. However, in the mid-1950s. a tragedy happened. Vladimir failed at the junior world championship, because of this the young chess player suffered a nervous breakdown, and he committed suicide. 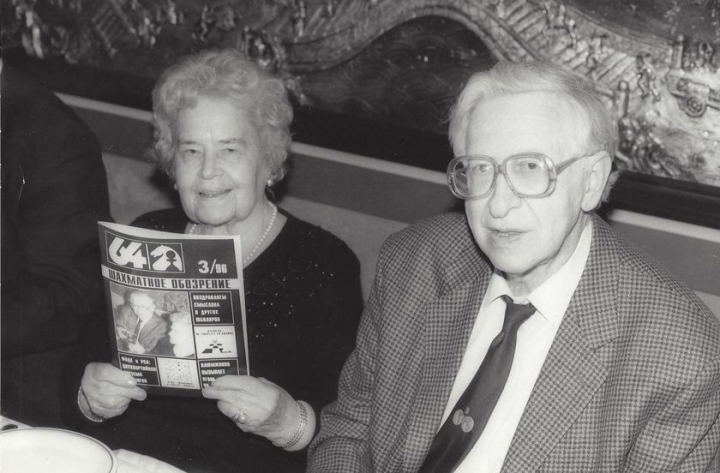 The couple survived the loss, supporting each other. Nina Andreevna left work and devoted all her time to taking care of her husband, and went to tournaments with him. As she herself once said: "I worked as the wife of a genius."

As pensioners, Smyslovy moved from the capital to the village of Nov near Moscow. Information appeared in the press that they spent the rest of their lives in poverty. However, people from their close circle claim that this is not so. The chess federation paid Vasily Vasilievich a thousand dollars a month for the championship. True, then the payment was canceled, but the grandmaster received income from the publication of his books on chess theory in the Russian Federation and other countries. 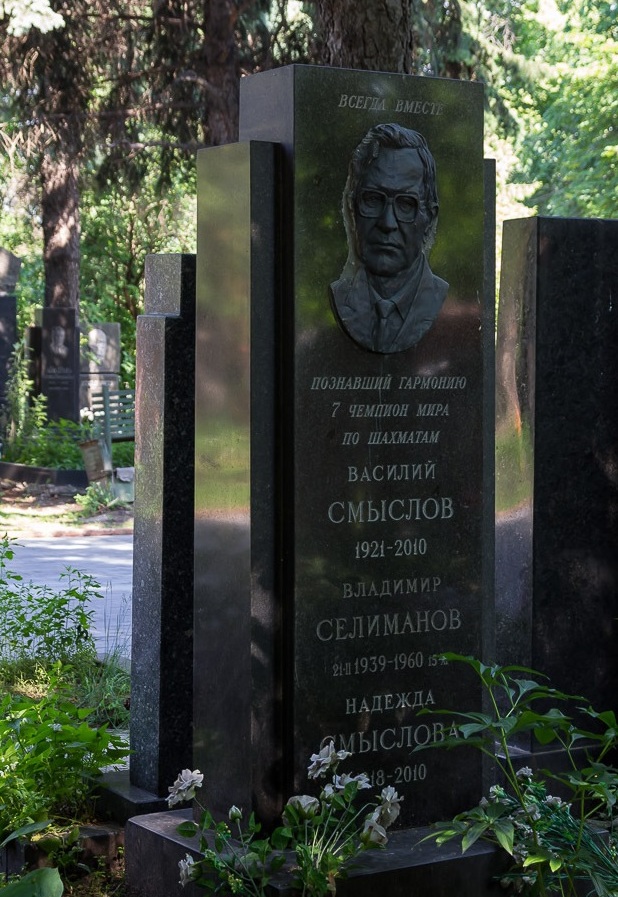 03/24/2010 Smyslov turned 89 years old. He celebrated his birthday at the Botkin Hospital - it was bad with his heart. The next day, the state of Vasily Vasilyevich sharply worsened, he stopped eating and refused drugs. March 26, the great chess player died. According to doctors, death occurred as a result of cardiovascular failure.

Smyslov’s wife was not immediately told that her husband had died because they feared for her health: ninety-year-old Nina Andreevna was weak and could hardly walk. She was not present at the funeral of Vasily Vasilyevich, which took place at the Novodevichy cemetery. The wife survived Smyslov for only two months, after her death she was buried next to her husband.