Lermontov, "Princess Ligovskaya": the history of creation and a summary of the novel

“Princess Ligovskaya” by Lermontov is an unfinished socio-psychological novel with elements of a secular story. Work on it was begun by the author in 1836. It reflected the personal experiences of the writer. However, already in 1837, Lermontov abandoned him. As the researchers managed to establish, not only Lermontov took part in the work on the manuscript, but also the writer Svyatoslav Raevsky, the second cousin of the poet Akim Shan-Girey. The work outlines a gradual transition to realistic artistic principles from romantic maximalism, to which Lermontov was previously exposed. Some ideas and ideas that appeared on the pages of this work were later used in The Hero of Our Time. 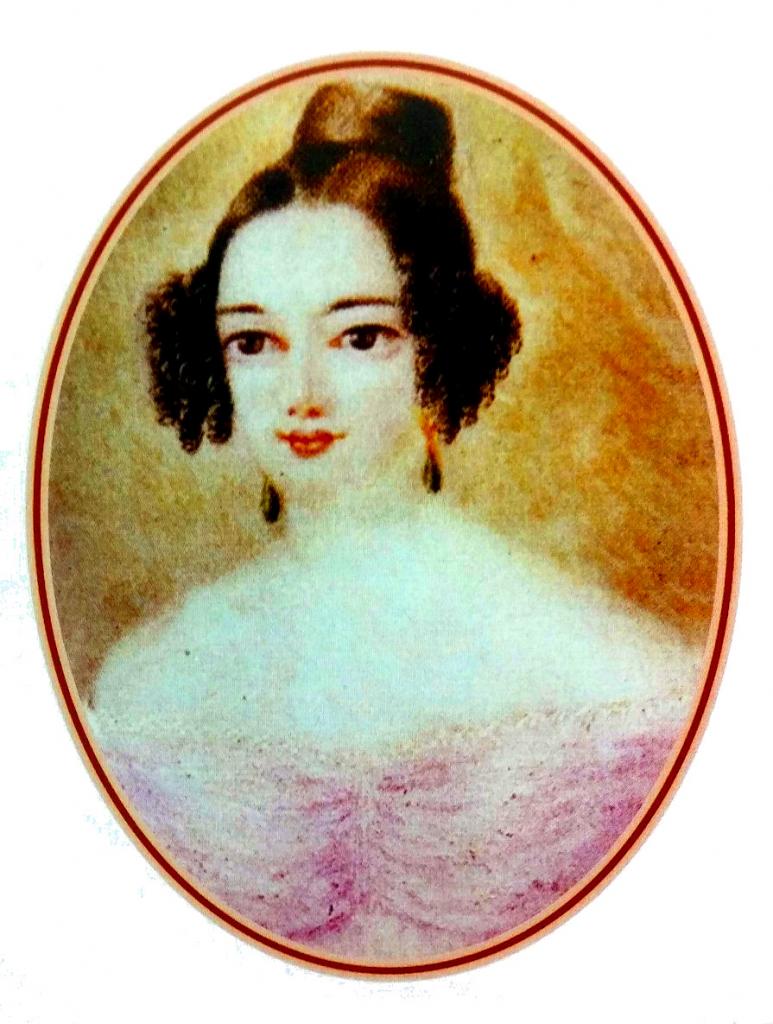 Lermontov began working on "Princess Ligovskaya" in 1836. There is evidence that individual storylines of the work are directly related to the circumstances of his personal life. In particular, information about this is contained in the poet’s letters to a close friend and relative, Alexander Vereshchagina. In one of them, Lermontov writes about the breakup with Ekaterina Sushkova and the alleged marriage of Varvara Lopukhina. Historians believe that letters were sent in 1835. Both of these events are reflected in the pages of the novel by M. Lermontov "Princess Ligovskaya".

In some parts of the manuscript there is a handwriting of a friend of the poet - writer Svyatoslav Raevsky. In 1836 they lived in the same apartment. It was established that Raevsky helped in writing some chapters. In particular, he penned the image of Krasinsky, as well as episodes related to the activities of officials. The second cousin of the poet Akim Shan-Giray took part in the creation of the seventh chapter.

Work on the novel was interrupted by the arrest of Raevsky and Lermontov, which occurred in 1837 after the distribution of the poem Death of the Poet. Both were sent to the link. 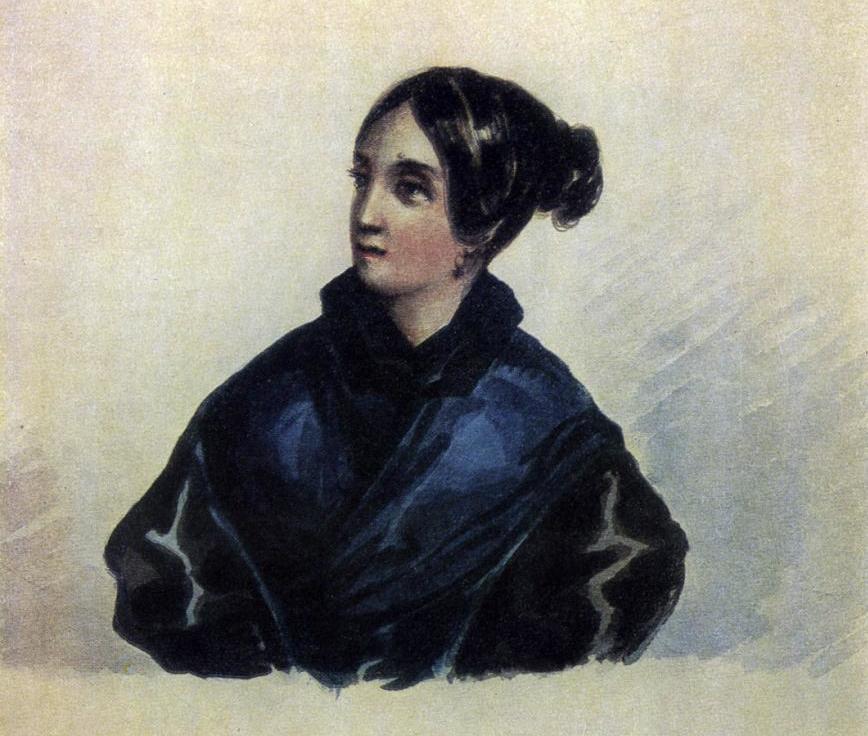 In one of his letters to Raevsky in 1838, Lermontov mentions this novel, noting that it is unlikely to ever be completed, since the circumstances that formed its basis have radically changed.

According to literary scholars, not only the lack of material, but also the loss of interest pushed Lermontov to quit work on the “Princess Ligovskaya”. At that time, he already had a new concept, in which some past ideas were embodied.

There is no brief summary of “Princess Ligovskaya” Lermontov on “Briefly”, but you can meet him in this article.

Already in the spring of 1839, Lermontov wrote "Bela", and the next year he completed the novel "Hero of Our Time".

The beginning of the story 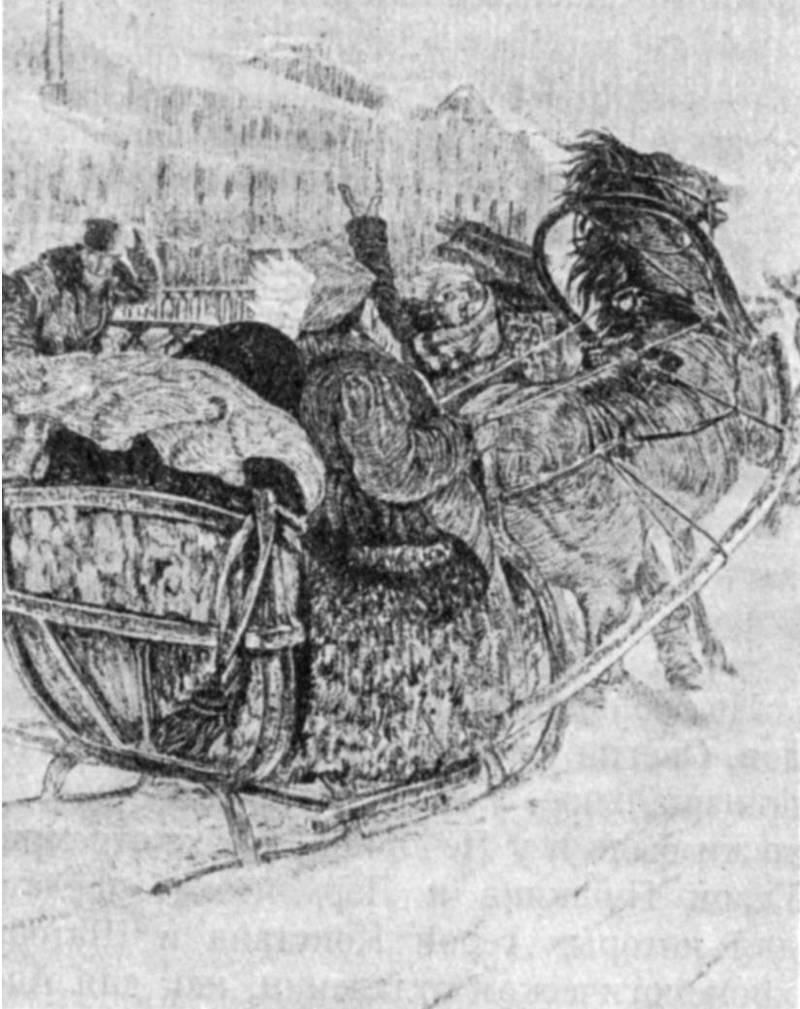 The summary of "Princess Ligovskaya" by Lermontov will help to make you a full impression of this work without even reading it. The novel takes place in 1833 in St. Petersburg. It all starts with the fact that a young and poor official on the street falls under a horse. The wagon leaves, but the victim manages to pay attention to the appearance of his offender. It turns out to be a wealthy and also young officer Grigory Alexandrovich Pechorin.

At home, Pechorin is met by Sister Varenka, who tells him that they had a visit by the Ligovsky princes. This name immediately excites the officer.

It turns out that several years ago he fell in love with Verochka R., who reciprocated. Pechorin was so passionate about his feelings that he even failed the exams. As a result, he had to go to military service, and from there go to the front as part of the army.

At the forefront, the protagonist of the novel by M. Yu. Lermontov "Princess Ligovskaya" showed courage. After the end of the campaign, he found out that Verochka did not wait for him and married Prince Ligovsky. This caused a deep mental wound to the young man. 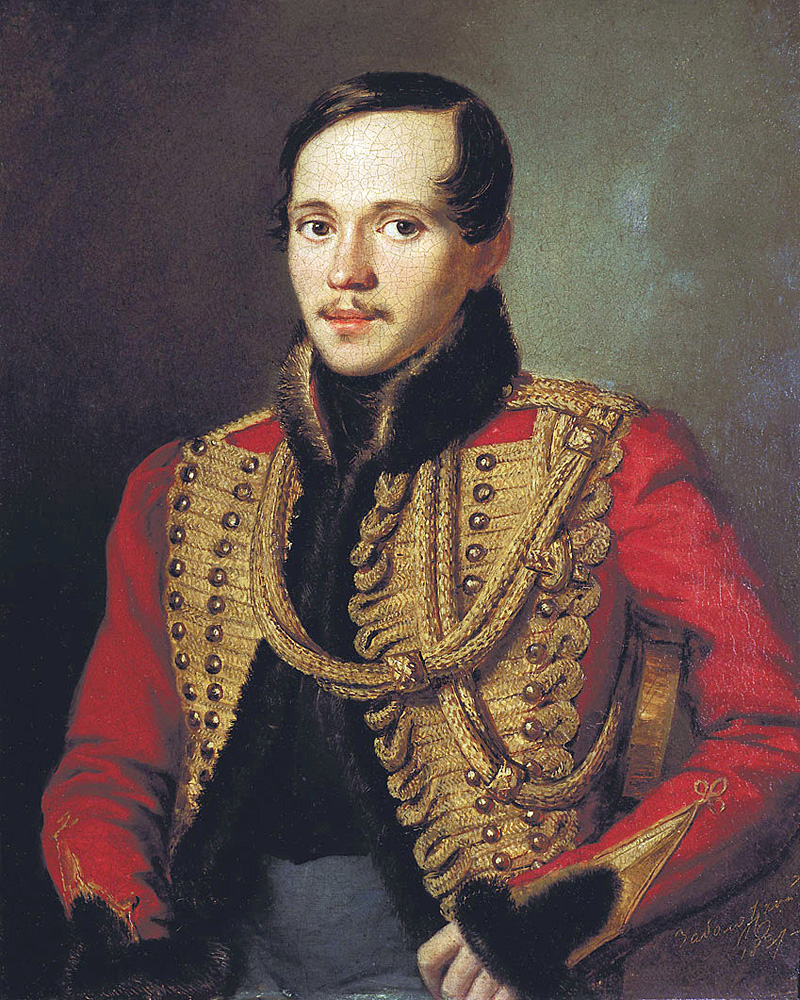 In Petersburg, Pechorin leads the life of a real dandy. Boredom overcomes him, because of her he begins to care for Elizabeth Negurova. All around say that she has long sat in the girls. At one point, he decides to stop this flirting by sending her an anonymous letter. In it, the officer writes that Elizabeth has nothing to hope in in these respects.

That same evening he goes to the theater, where he meets an attractive woman, but cannot see her face. Negurova was also on the show, which continues to show interest in him. After the premiere, the officer goes to a restaurant, where he has an unpleasant conversation with a young man who turns out to be the shot down official. The victim considers himself humiliated, confident that he was ridiculed. In his opinion, wealth does not allow other people to insult and belittle others. Pechorin proposes to resolve their dispute in a duel, but the official is against. He attributes his refusal to concern for the health status of an elderly mother.

Meeting with the princes Ligovsky

The next day, Pechorin leaves with a courtesy visit to the Princes Ligovsky. At their home, he understands that the lady who on the eve attracted his attention in the theater is Princess Vera. The prince himself, upon close acquaintance, turns out to be a near-minded person who made an offer of a hand and heart solely at the insistence of relatives and friends.

After what time, Pechorin's mother arranges a big reception. Ligovsky are invited to it. At the table, Vera is not far from the main character, who begins a conversation with her, making unpleasant hints. As a result, the woman is very upset and crying.

Meanwhile, Prince Ligovsky practically does not pay attention to his spouse, constantly complaining about a protracted case in the court, which is being dealt with by an official named Krasinsky. Pechorin, to make amends to Vera, volunteers to meet with an official to ask him to pay more attention to the prince's cares.

Very interesting is the work of Lermontov "Princess Ligovskaya." A summary of the novel will help you familiarize yourself with its plot. The central mortar of the product is the meeting of the main characters. Pechorin sets off to look for an official in poor neighborhoods. Having found the right apartment, he finds an elderly woman. It soon turns out that Krasinsky is the very young man whom the officer shot down several days ago. He communicates coldly and arrogantly with Pechorin, but promises to visit the prince. 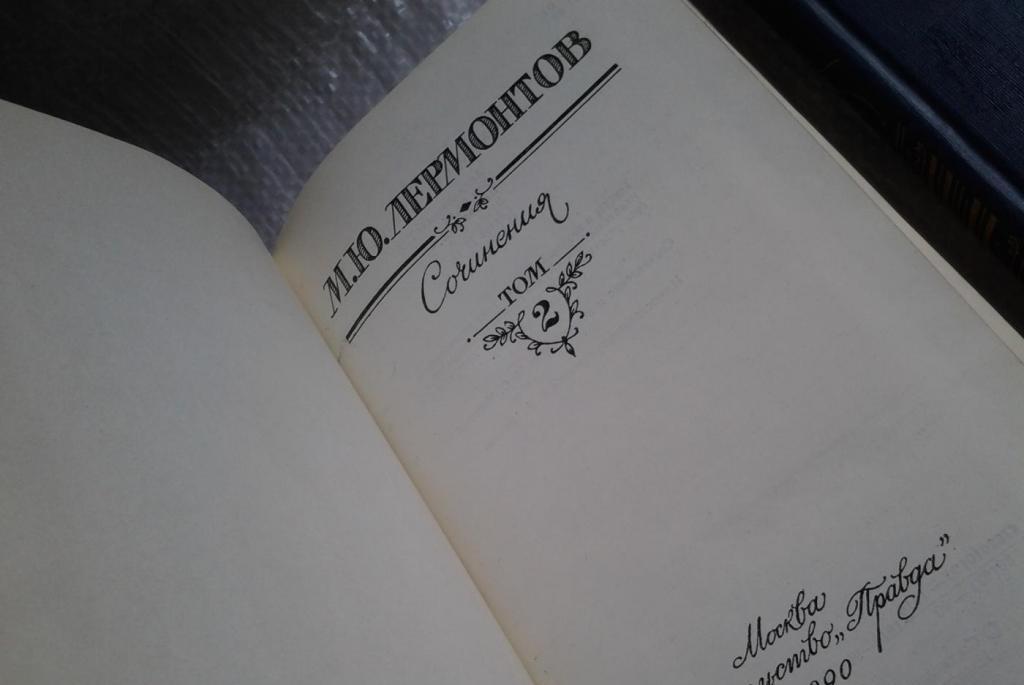 Soon Krasinsky really comes to Ligovsky, Vera even introduces him to her guests.

The next important episode of the novel takes place at a ball at Baroness R., where the main character of the work meets Vera again. At the same social evening, Elizaveta Negurova is present. The girl is cold with the main character, as she managed to get acquainted with an anonymous letter. She is in frustrated feelings, because she fell in love with Pechorin while he was courting her.

The officer finds out that Elizabeth and Vera are friends, so she fears that they can tell each other a lot about him.

The ending of the novel "Princess Ligovskaya" by Lermontov is not written. Literary scholars only manage to trace a few basic ideas embedded in it. These include a detailed image of the characters, life and customs of the upper world, as well as the interesting image of a "little man." He is a poor official Krasinsky. He hates powerful and wealthy people. 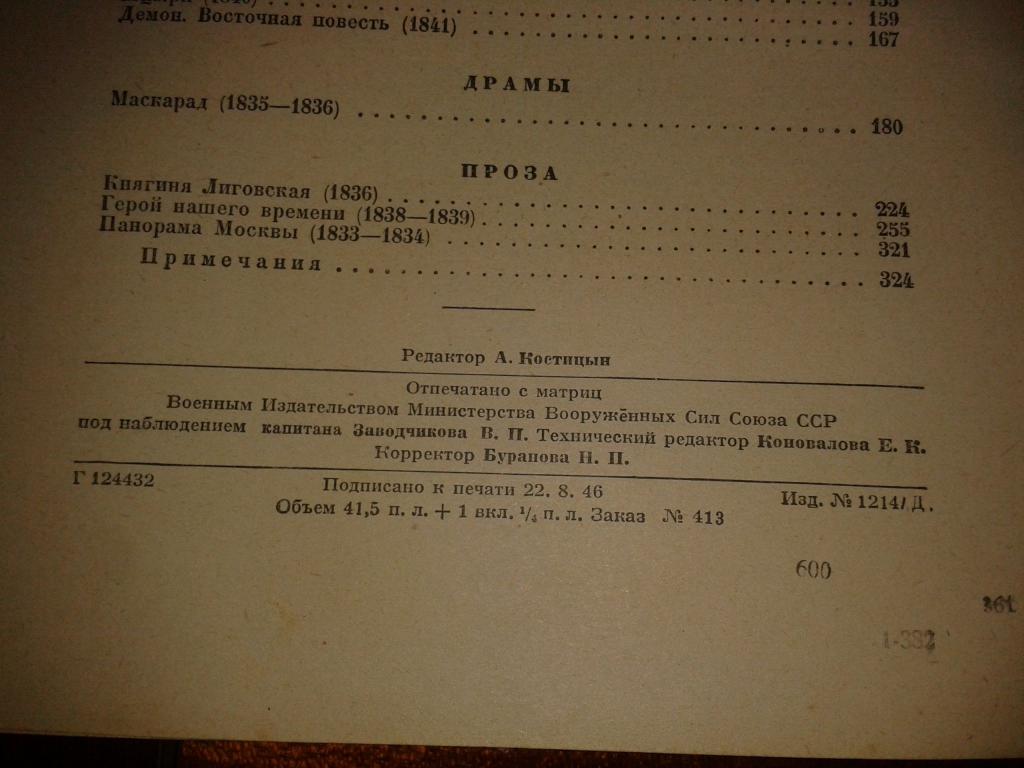 It is worth noting that this work was not the first experience of a writer in prose. Previously, he had already worked on the novel "Vadim", which also remained incomplete.

When analyzing "Princess Ligovskaya" by Lermontov, it should be noted that a transition to realism from romanticism is planned in the creative mind of the author. The writer seeks as much as possible to get away from the lofty and pathos moods. At the same time, there is a “transitional stamp" in the novel. For example, Pechorin, like Vadim, shows demonic features, both of these heroes are ruthless and cold to those around them.

Romantic elements can also be found in the image of Krasinsky. His predecessors are heroes from the early works of the poet, who were distinguished by fury and a keen sense of justice. 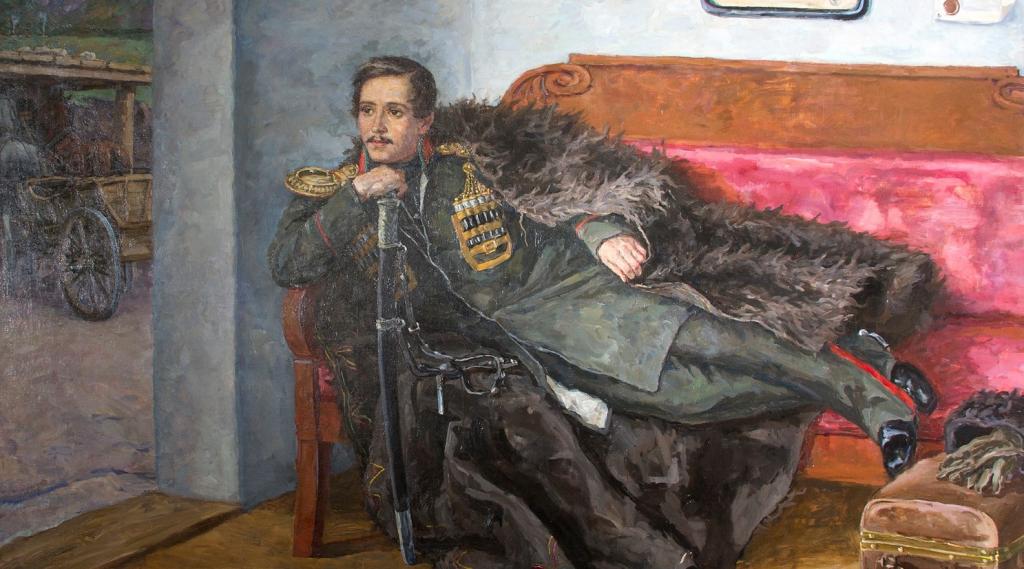 In this novel, researchers discover elements of secular narrative. This is also one of the options for romantic prose.

Topographical meticulousness and scrupulousness allows us to consider "Princess Ligovskaya" the most "St. Petersburg" of the author's works. Its action takes place in specific scenery of the real capital of the Russian Empire.

Interestingly, throughout the entire work, the dialogue between the author and the reader does not stop. In it, he assumes an enlightened person who is in a state of the concept of message, hint and reasoning. Turning to this fictional interlocutor, Lermontov calls him “respectable” and even “strict,” especially when it comes to future generations.

Many note the desire of Lermontov to generalize, which, obviously, is a consequence of the influence of "Eugene Onegin" Pushkin.