Controlling at the enterprise: tools, goals and objectives

Those who hear the word controlling for the first time, as a rule, imagine control over something, but in fact this is completely wrong. Controlling at the enterprise is a complex system that is aimed at improving financial, personnel, technological processes in order to achieve the effective functioning of the organization as a whole. Unlike control, which is designed to identify problems and mistakes made in the past, controlling strives to build a process management system in the company that focuses on current and future affairs. Why is this so important?

The company’s controlling service is an important element, as its employees can minimize resource losses, analyze current and future plans, and identify possible errors, that is, those that may be made in the course of the company’s activities. However, in order to understand what this type of activity is, it is important to study its features and key points in more detail. This article will discuss the basic concepts, goals and objectives of controlling, as well as its concepts, tools and functions. 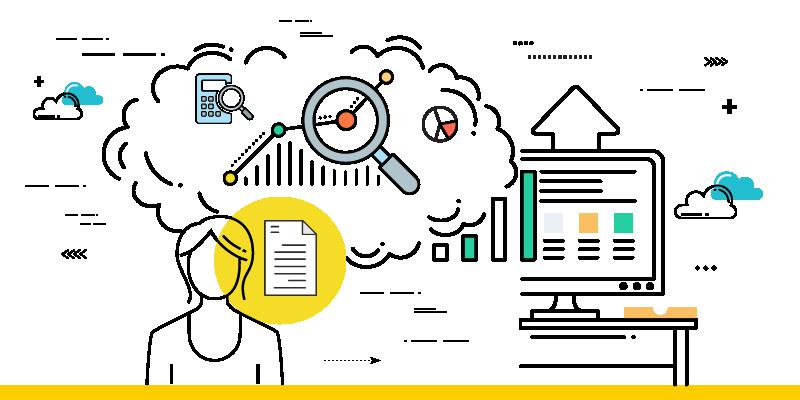 Controlling is a new direction in the management system, so today there is no unambiguous definition of this concept. However, there are several definitions that are most popular and reflect the essence of this term.

Its origin is associated with the English verb to control. In the translation "controlling" is "leadership, supervision, control, management, regulation". However, such a description is not enough to understand the essence of this phenomenon, so it is worth considering the following two more precise definitions.

Controlling is a separate area of ​​activity in organizations that is associated with the implementation of an economic function and is aimed at making the right strategic and operational decisions by senior staff.

Controlling is a set of actions aimed at supporting all processes with the necessary information and analytical support for making the right management decisions. Most often, they are aimed at increasing profits in the organization.

Modern controlling at the enterprise must necessarily include a quality management system, risk management and a system of key indicators, as well as process management when implementing any kind of planning. 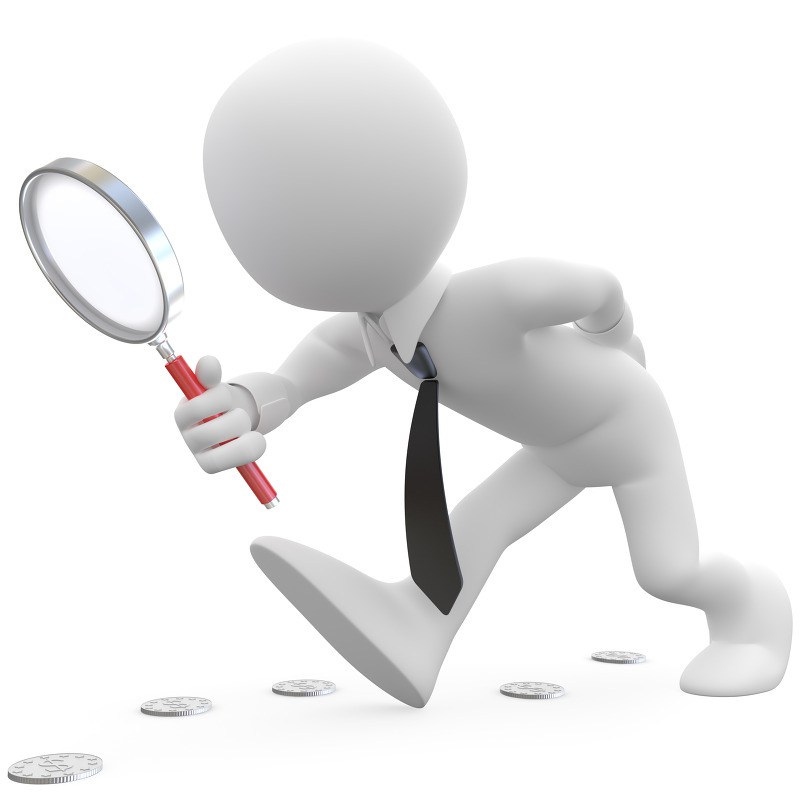 Based on the basic concepts, it can be concluded that the main goal of controlling in an enterprise is to orient all management processes towards achieving certain goals, which can be expressed in improving products, achieving the proper level of competitiveness, and so on. In other words, the goal is to maintain effective management of the organization. What is his purpose?

Based on the goal, the following main tasks of controlling are identified when managing a company:

These tasks, summarized in short form, have peculiar subtasks that must be performed by the service or department that has the controlling function. The development of the planning methodology and its organization includes the following:

The accounting task includes the following:

The task of organizing events for a special observation system provides for the following:

A special place in the system of controlling finance, personnel and resources is held by reporting. As a rule, traditional reporting involves focusing on the past and presenting evidence about past processes and phenomena, while reporting in controlling is focused on the future.

Thus, it can be seen that the organization of controlling at the enterprise contributes to the creation of ongoing control over the processes in order to determine the consequences of certain managerial decisions. And you can also say that the introduction of controlling allows you to save company management from making rash or unprofitable decisions that entail the consumption of resources.

To perform all the tasks assigned when managing the organization, controlling involves the use of the following general scientific methods:

After the goals, objectives and methods of this area of ​​activity have been considered, it is extremely important to dwell on its functions.

The controlling system at the enterprise includes such basic functions as:

And also conditionally it is possible to distinguish three functions that will be a combination of the above - service, commenting and management. 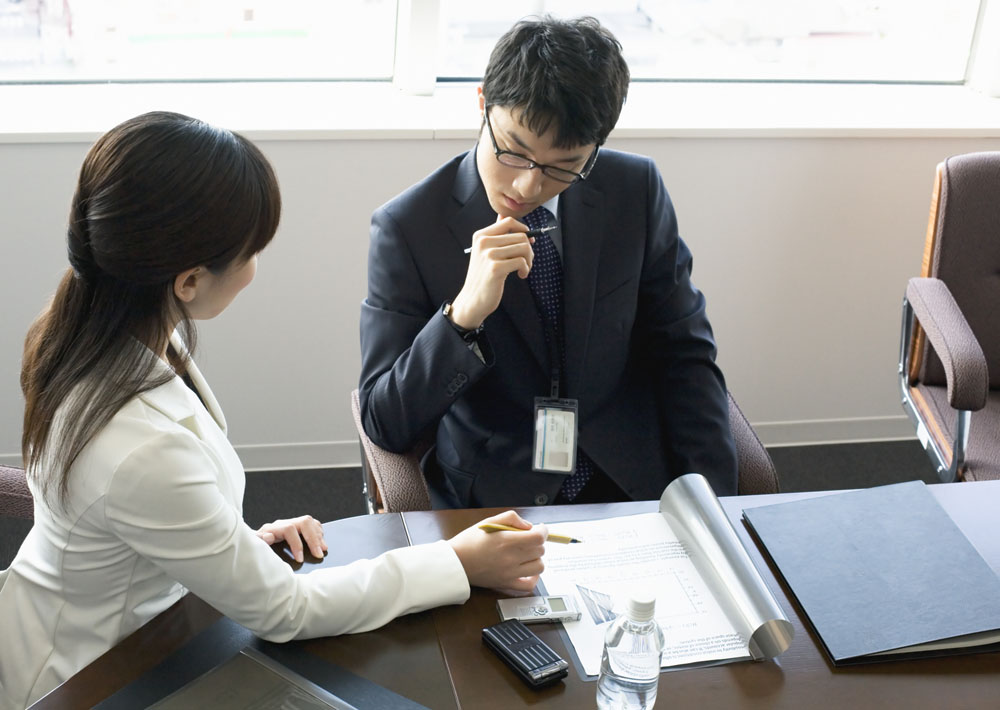 At the turn of the nineteenth and twentieth centuries, many American leaders in the process of managing organizations faced an urgent need to improve methods of business accounting and financial control. The first attempts to improve the accounting system looked like this - enterprise managers entrusted the chief financier and company secretary with the task of providing analytical information on economic and economic issues. Thus, a close working relationship was formed between the financial service and the person who assists the chief executive. Subsequently, it was found that, due to the variety of information and the need for its elaboration, it is more expedient to assign this task to individual officials. Thus, the introduction of controlling at the enterprise took place.

The following prerequisites for the occurrence of controlling can be distinguished:

The development of controlling as a branch of economic science is due to the following reasons:

Today, many heads of foreign enterprises note that after the creation of controlling departments at the enterprise, for example, the company’s revenues increased, the use of financial, human and other types of resources became more correct and they managed to significantly reduce costs.

The controlling service in the organization has a very serious task - to ensure the prompt collection and compilation of a detailed analysis of information on all available costs in order to manage the enterprise. The director of the enterprise, the head of the financial service and the heads of production departments must receive information in a timely and regular manner so that in case of possible deviations they can take the right measures and adjust the work of the entire enterprise.

Today in the economic literature distinguish the German and American concept of controlling. In general, these concepts are very similar to each other, but their main difference is that the first is more focused on the problems of internal accounting and analysis of the internal environment of the organization, and the second is the problems of the external environment with which the company is closely interconnected.

It is worth noting that the German concept has gained wider acceptance. According to this concept, the central task is to solve the problems of internal accounting in a planned, control and documentary form.

The American concept also puts to the forefront the solution of issues related to the planned, control and documentary forms of internal accounting, however, the central place is also given to solving the problems of assessing the external environment and its detailed analysis.

Controlling tools are a set of actions that allows you to perform certain functions and tasks. This toolkit can be classified according to the following criteria: 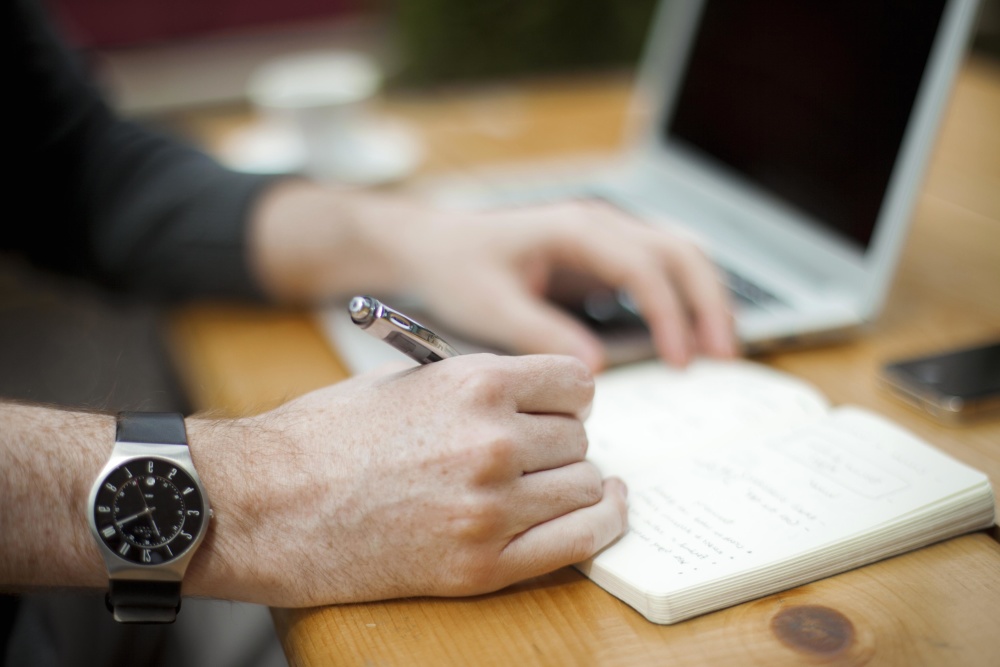 In order to clearly understand what basic tools are used in controlling and in what circumstances they are best used, the table below should be considered.

The issue of choosing tools in controlling should be approached with extreme caution. For example, an organization that operates in an oligopoly or monopoly market has absolutely no reason to use competitor analysis.

The above tools in financial controlling can significantly simplify the process of economic development and the preparation of planning and reporting documentation. 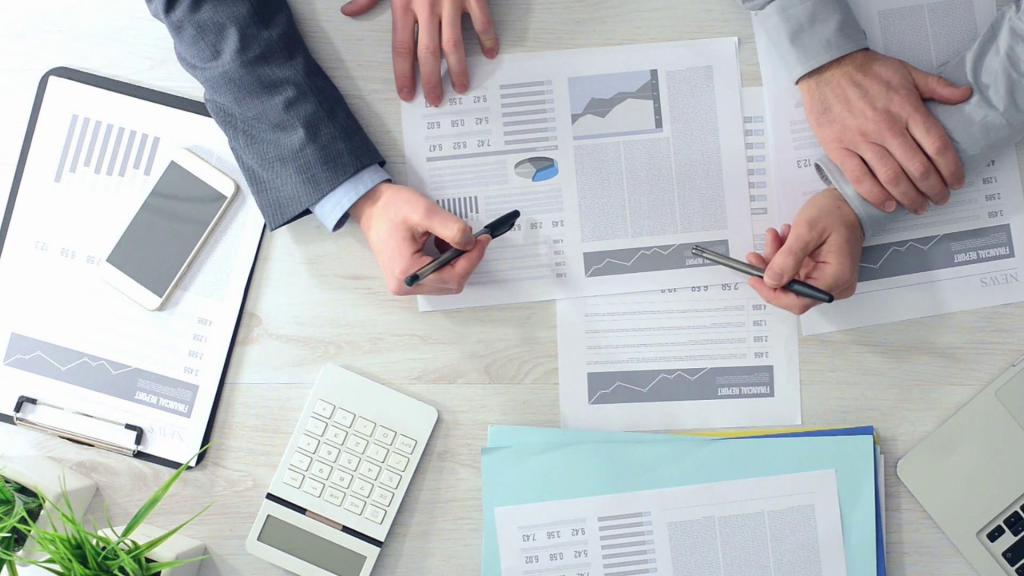 There are two types of controlling, which differ in the period of their action, as well as in tasks and ways to solve them.

Strategic controlling is aimed at the implementation of long-term programs, strategies. Its goal is the formation of a clear planning system that will allow you to reliably manage the company, which will lead to increased profits.

A. Gelvater (scientist-economist) in his works identified eight areas that strategic controlling should cover, namely:

We can distinguish the following tasks of this type of controlling:

Operational controlling at the enterprise differs from strategic in that it is aimed at assisting managers in achieving the results of short-term goals. It is worth noting that his main task is to prevent a crisis in the organization and to track the current process of implementing the planned activities. 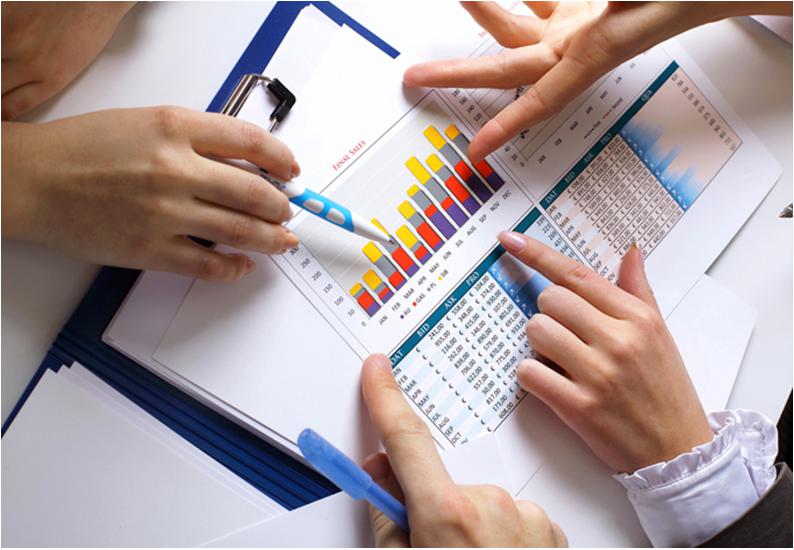 In order to understand the distinguishing features of these two species, the table below should be considered.

Interconnection of operational and strategic controlling

These two types of controlling are integral parts of each other. The most important task of strategic controlling is to ensure the long-term existence of a particular enterprise, and operational - the current planning and implementation of certain plans for profit.

The relationship of these two types can be represented in the form of such sayings:

Thus, we can conclude that operational controlling is an integral part of the strategic implementation. 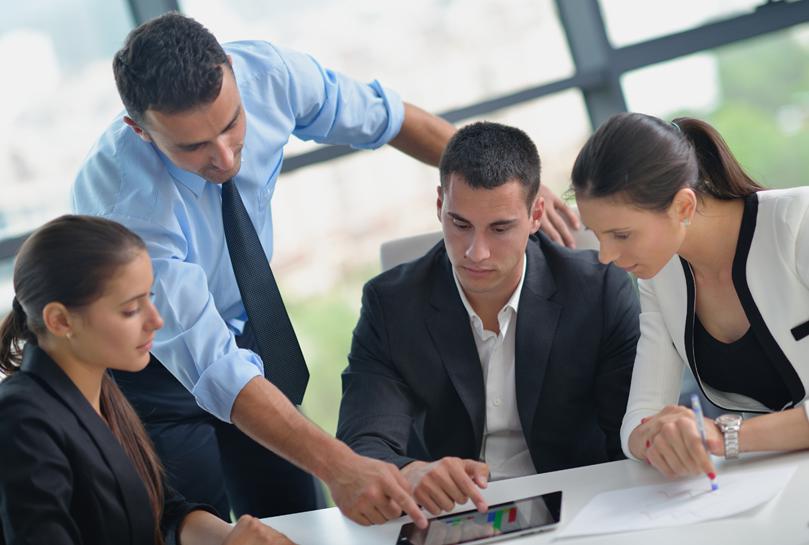 If the head of the enterprise decided to introduce a controlling system, he will first need to make changes to the organizational structure and create a service (department), which must be directly subordinate to the general director or chief manager. Controlling service may include the following specialists:

If the volume of production or the size of the organization is small, then you can combine the functions of these areas and exclude one position.

For the proper organization of work when implementing such a system, each specialist should be prescribed job descriptions, the functionality of which will be determined based on the needs of the enterprise.

Each manager, especially those enterprises located in the post-Soviet territories, must remember that the introduction of innovative management methods can cause staff criticism, and in some cases, complete rejection. Therefore, before starting the work of the controlling service, it is necessary to present innovations and bring to the attention of all employees the main tasks, goals and main functions that this structural unit will perform. 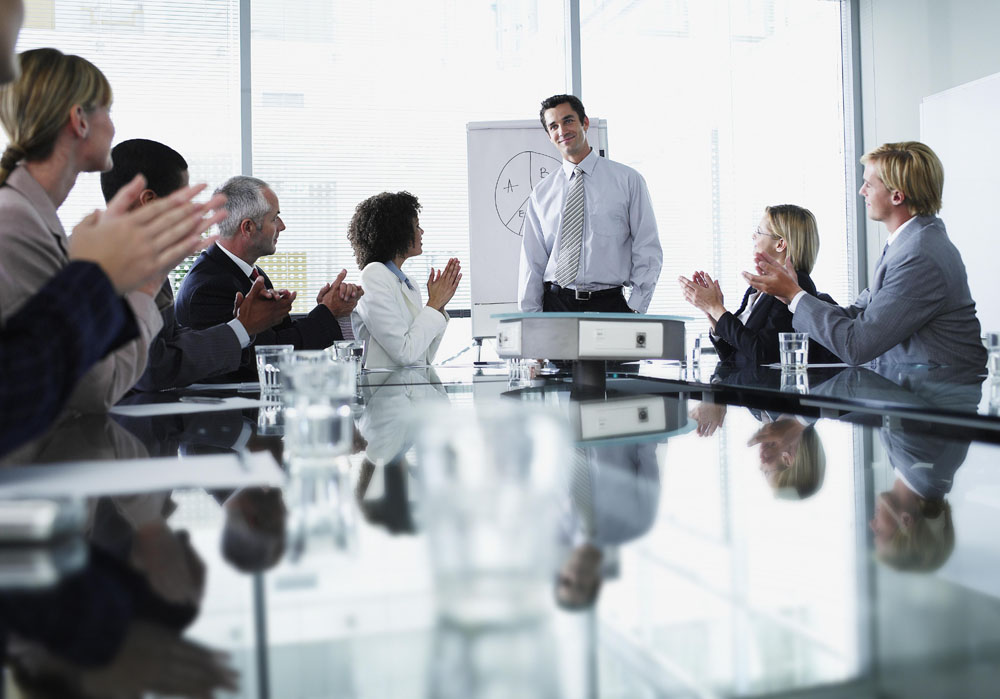