How to remove indoor switches

Each of us uses a switch. This is a simple, but at the same time requiring attention mechanism that is designed to adjust the light supply in the rooms. Today it is the most popular device that is used by all the inhabitants of the globe. But there are situations when it is necessary to dismantle it. And not everyone knows how to remove the switches from the wall in such cases without damaging it. After all, this case is ninety-five percent composed of plastic, and it breaks easily.

First of all, when dismantling the device, you should take care of your safety. To do this, turn off the switch in the switchboard, while disconnecting the voltage supply. Then you can begin to disassemble. But before you remove the light switch, it is worth paying attention to some elements. First of all, it looks like a removable mechanism, namely: the method of its fastening. The fastening mechanism is divided into two types: hidden and external. In the first case, the main switch box is in concrete. The outer one is attached to the wall with screws.

Basically, the switch consists of several keys. Thus, it has a significant number of wires for disconnecting or connecting the system, which significantly slows down the work. And the more keys the switch has, the more time you need to spend to remove it.

To dismantle the circuit breaker, not many tools are needed. But there are obligatory accessories that must be present. For example, this is a special indicator that determines the phase and zero. A Phillips and flat head screwdriver and a portable light source are also needed. If there is no measuring device, you can use a screwdriver indicator - it will show the voltage.

In order to remove the keys, you will need a flat screwdriver. She should very carefully pick up the button and pull the screwdriver towards herself with a slight movement. This should be done carefully so as not to injure or break or damage the switch mount. If there are several keys, a screwdriver will no longer be needed, since the remaining ones are removed by hand.

After removing the buttons, the contacts of the switch are opened. The next thing to do is to examine whether they are intact. It is also advisable to check the voltage of these contacts. This procedure will determine if the device is broken or not and how to remove the light switch from the wall further. 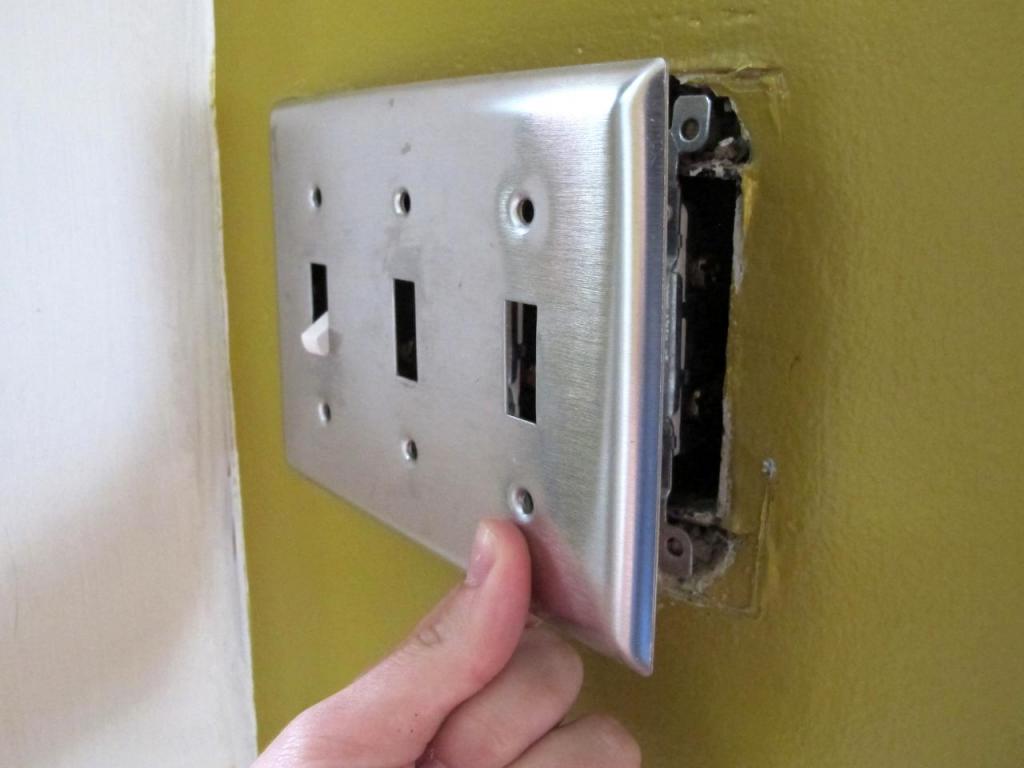 Removing the frame is also not a difficult, but painstaking task. The edging sometimes rests on special screws that need to be untwisted with a Phillips screwdriver. But the frame can also be fixed on latches. In this case, as with the buttons, it is worthwhile to gently pry and pull the trim. After these steps, it can be easily removed. Now you need to loosen the screws that loosen the clamps in the wall.

Before removing the switches, you need to unscrew the screws holding the wires. Then carefully pull out the part to be replaced. The switch is now completely dismantled from the wall and ready for replacement. 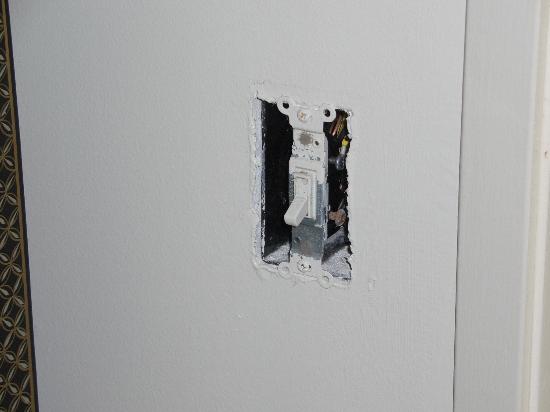 Removing the circuit breaker during repair

Repair is one of the components of our lives. For example, replacing wallpaper, which requires the dismantling of all appliances from the walls. And at this moment, many are wondering how to remove the switch before wallpapering?

This is actually a simple process. This dismantling is carried out in the same way as during a breakdown. But not the entire switch is removed. It is enough to remove the keys and the frame of the switch itself. This will be enough for wallpapering. And in order not to block the built-in mechanism, you need to measure and cut the desired hole. 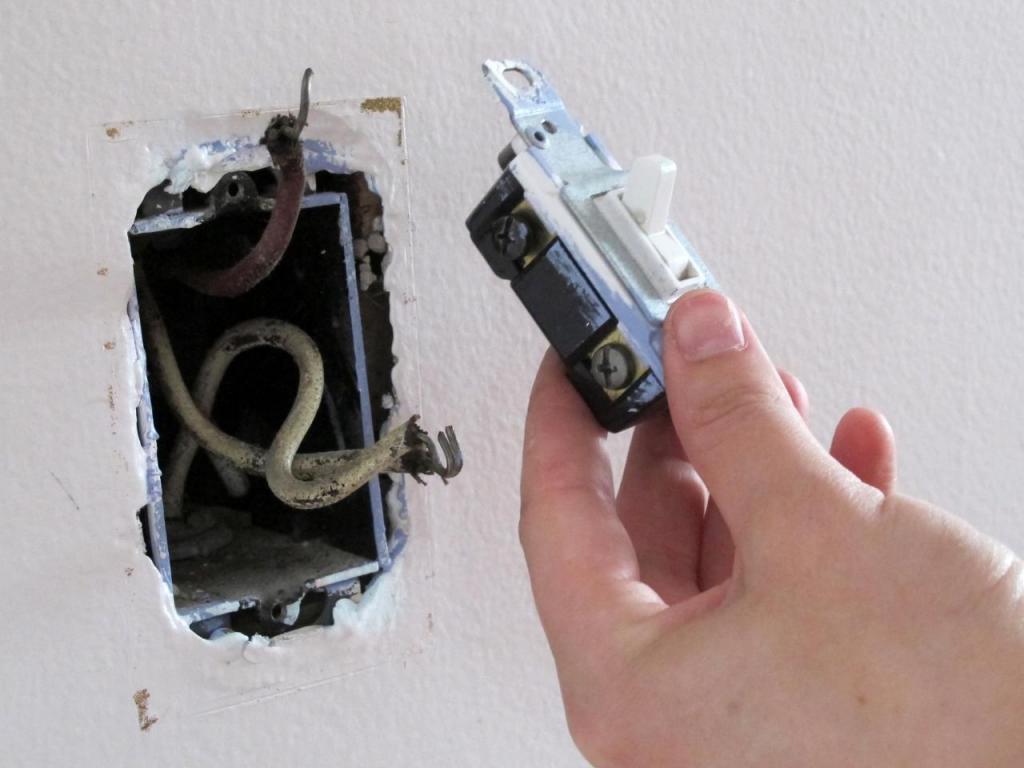 Analysis of the switch with a socket

To date, universal tools are very popular. For example, a switch with a socket in one housing. This device is convenient to use, but not a replacement. And how to remove the switches in this situation?

To do this, you also need to remove the button and loosen the fixing screws. But this is not all fastening, since the outlet also has them. You will need to unscrew the one and the other, and then pull the housing over so that it moves away from the wall. For better removal, you can use a flat head screwdriver. All, now it remains to disconnect the device.

It is not difficult to pick up a new switch, since all knife switches are almost similar in size. Today there is a large assortment of this product. You can choose, for example, a backlit switch. This solution is convenient, since the switch will be easier to find in the dark. 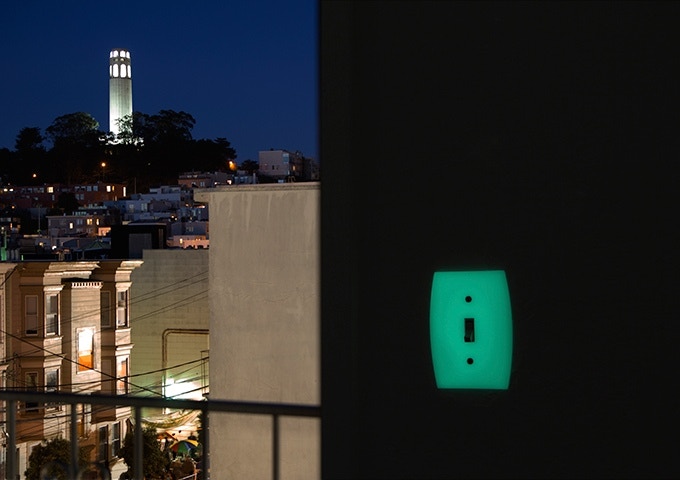 Dismantling electrical appliances is a very painstaking job. But if you know how to remove the switches from the wall correctly, then it will not take much time and eliminate the appearance of errors. And if for the first time something seems complicated, the implementation of replacement in the future will not be difficult. It is only necessary to adhere to certain instructions, and also do not forget about the safety rules when working with electricity.