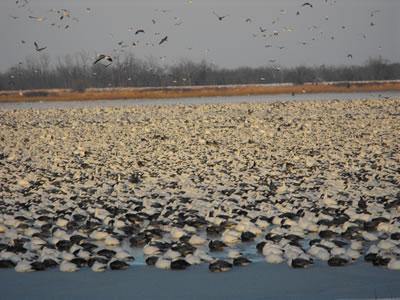 Goose hunting in recent years has become increasingly popular. Previously, only a few specially traveled for these birds, but today in some regions it has taken on a massive scale.

Being quite cautious birds, geese live mainly in marshy areas and meadows, spending most of their time on land. Arriving from wintering, they stay for about a month in the Central European part of our country and in Asia, waiting for the end of the northern winter.

Hunting for geese requires not only the ability to shoot or disguise perfectly, but also certain knowledge about the lifestyle of this bird. Experienced goslingers must first preliminarily monitor the behavior of their potential prey, places of its feeding and resting, and also study the routes of schools. The nature of Russia is very diverse, so the intensity of their flight, and hence the hunting of geese, directly depends on the landscape and climate of this region. 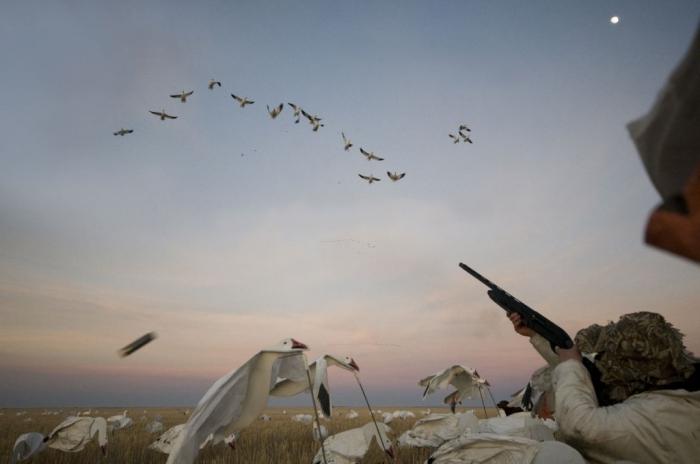 These birds choose a place for a long break based on three main signs: the presence of fields, inaccessibility for humans and maximum peace of mind.

Hunting for geese begins with the discovery of the fields where they feed. This can be done by the presence of droppings, tracks or feathers. Hiding should be equipped very carefully so that they do not stand out on the ground. Low huts remaining from catching a black grouse with a scarecrow are ideal for this. 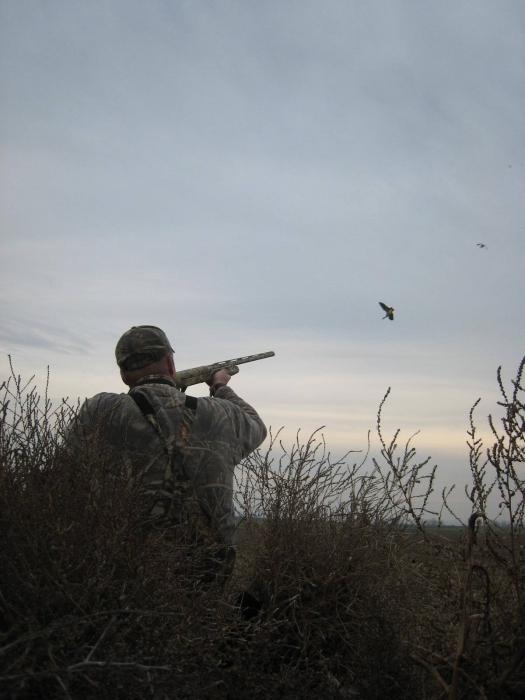 Hunting for duck and goose in places of their flight is almost the same. Preliminarily determined are the ways by which birds go for a meal from places of night rest. The lag should be where they fly low enough. As a rule, these are areas close to the food fields or ponds. You should sit as quietly as possible, looking in the direction against the wind.

Having fired, one should still follow the prey for some time, since even a mortally wounded bird can fly up to two hundred meters, and only then fall.

The best way is to hunt geese with the help of a scarecrow or profile. Most often they are made by inflatable and painted, imitating real birds as clearly as possible, including in size. 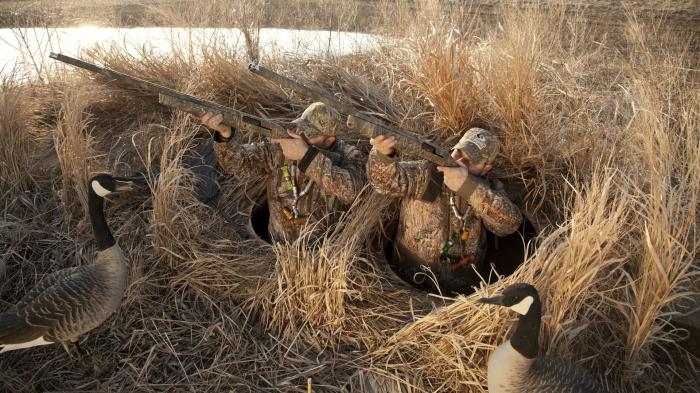 It is believed that hunting for geese is most productive in the mornings, when after spending the night with dawn they head to the fields, but in some areas where there is a lot of prey, shooting can be carried out all day. In the morning, birds, as a rule, feed for two to three hours, then fly away to a pond, then return again. Moreover, several flocks may fly to one feeding place in turn.

The most common places for geese to arrive are fields with harvested crops, seedlings of winter crops and pastures with young grass.

Usually, the forestry agency in our country from the middle of September to the beginning of December allows autumn goose hunting. The year 2013 was quite warm, so the shooting season ended after the second week.

For geese, as a rule, a shotgun with a heap and sharp fight and a shot with a large number are used. Before shooting, you need to carefully aim at a specific bird, not scorching the flock. It must be remembered that geese, despite deceptive slowness, fly quite quickly. Wounded prey must be finished without leaving the shelter. In addition, it is impossible to select shot birds before the end of summer flocks.