A graceful bird Avdotka is not easy to meet in wildlife. She usually does all the important things under cover of night, and during the day she prefers to sit out in a secluded place, perfectly masking herself with the help of a motley color. Where does the avdotka bird live and what does it look like? A description of the appearance and lifestyle of this unusual bird can be found in our article.

For a long time, scientists could not decide which detachment should be ranked as an adduct stream. Lifestyle and appearance make them related at once with several groups of birds. Previously, birds were attributed to waders, bustards and crane-like. Today, they occupy a place in the order Charadriiformes, in which they form a separate family of avdotkovye. 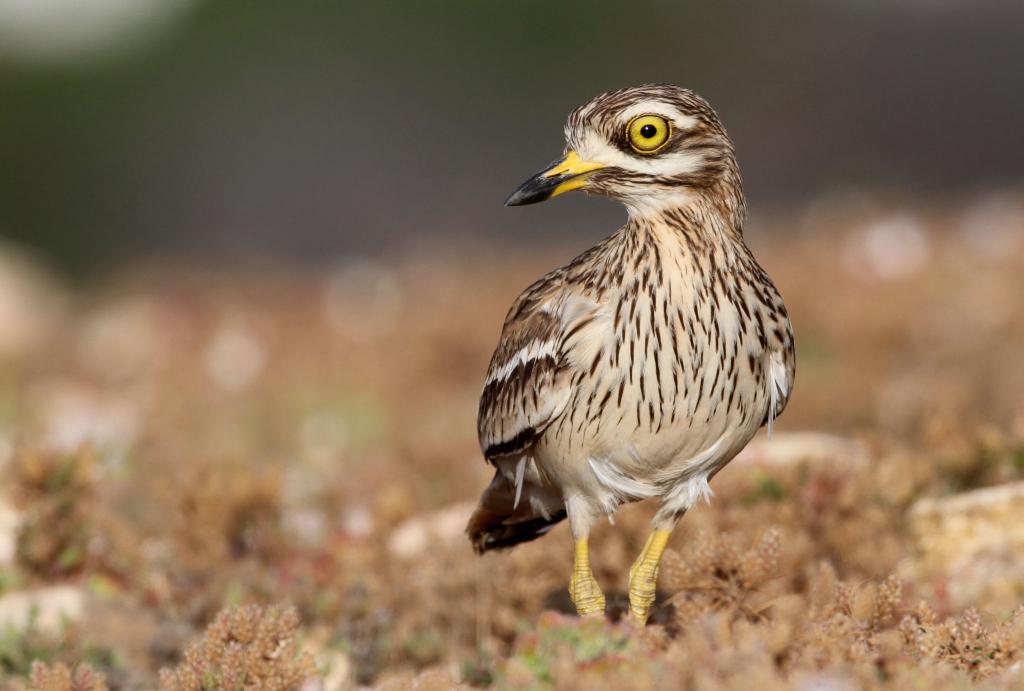 The family includes only 10 species of birds. They are characterized by long legs, elongated beaks and medium size - their largest representatives reach a maximum of 60 centimeters in length. All species of avdotka birds have a motley color of stripes or spots, which merges with the environment, making them practically invisible. The reef and large reef species, which are even identified in a separate genus, differ most in color.

The common avdotka is a relatively small bird with a neat oval body, a large head and round expressive eyes. She has slender straight legs with a pronounced knee joint in the middle. Due to the fact that it is very noticeable, in English the bird received the nickname "thick-knee" (thick-knee). 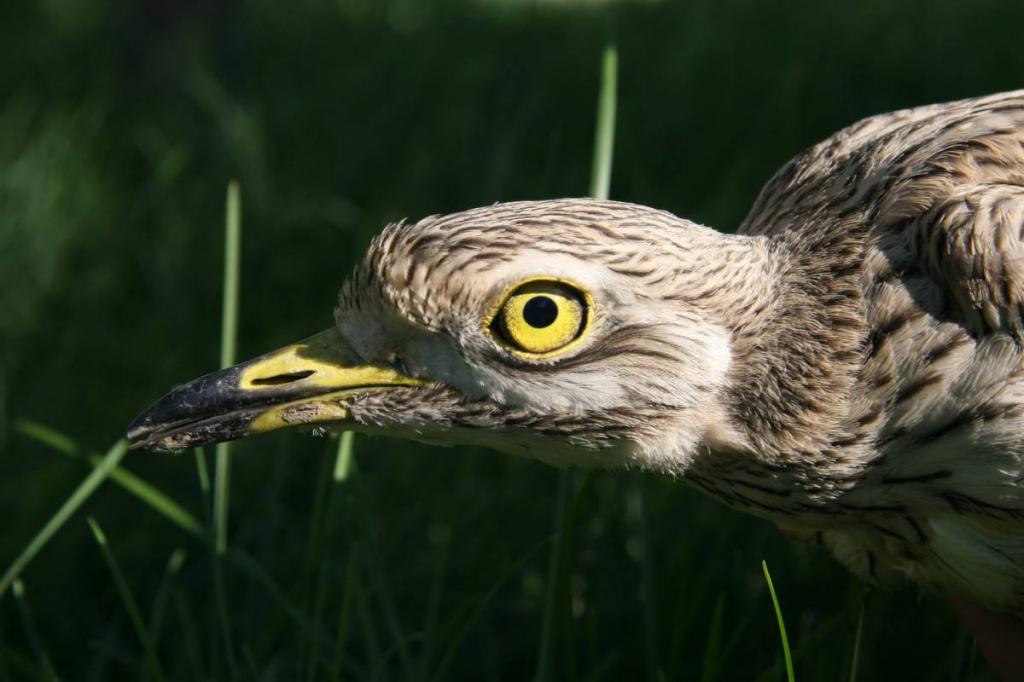 She has a thin and not too long neck. Listening to the sounds around, the bird strongly pulls it up, and in a calm state it bends with a hook, like a heron. The body size of an ordinary avdotka rarely exceeds 40-45 centimeters. Its weight can be from 0.5 to 1.1 kilograms. Large pointed wings in the range reach 70-80 centimeters.

The avdotka bird has a brown inconspicuous color, in which short strips of black, brown and white colors are densely mixed. Near the eyes, the stripes increase, forming distinct white and black areas. The legs and beak are bright yellow; the end of the beak is painted black. There are no characteristic differences between males and females; their colors and sizes coincide.

The range of avdotka birds covers Eurasia, North and Central Africa. In the Canary Islands, in Portugal, Spain, Morocco, Algeria, Egypt and Tunisia, she lives all year round. In other places it is found only in a certain season. For the settlement, Avdotka chooses semi-deserts, steppes, savannas near the sea and river banks. 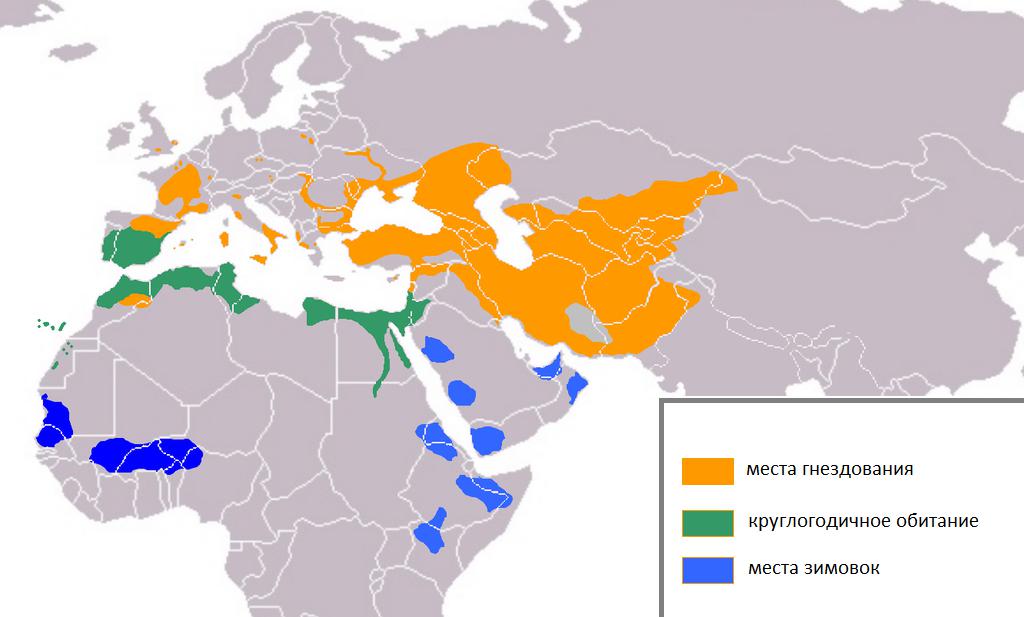 The bird nests mainly in Eurasia. It is widespread from Turkey to the western border of China. In Ukraine, it is found in the south and along the banks of the Dnieper, in Russia - from the Volgograd region to the border with Abkhazia. In Europe, there are much fewer favorable places for it, so the avdotka settles there sporadically. For wintering, the bird flies to Mali, Senegal, Mauritania, and also to the Red Sea coast - to Eritrea, Djibouti, Yemen, Oman and Saudi Arabia.

Calm and peaceful avdotka rarely comes into conflict with other animals, normally coexisting with various species. Neighborhood with people is also not an obstacle for her, therefore she often settles down near villages and hamlets. She is not shy, but moderately careful. In case of danger, the bird quickly runs away or freezes in place in the thick grass, becoming invisible to enemies. 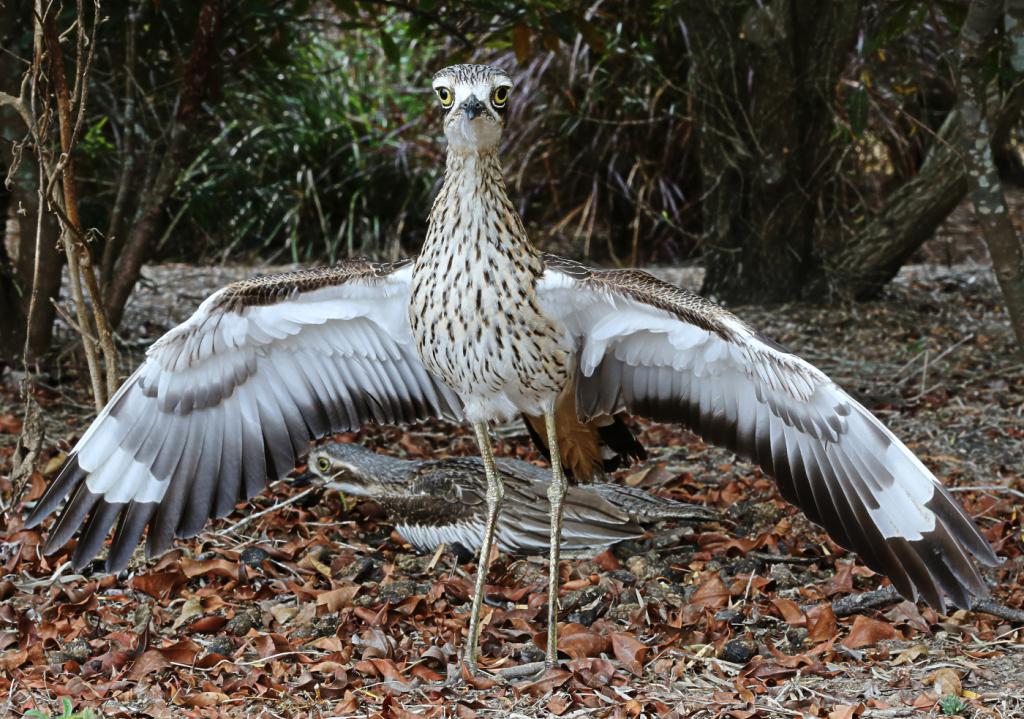 Flight avdotki quiet and low, consists of quick swings. But she uses her large wings infrequently, preferring to move on the ground. This is a nocturnal carnivorous bird. Avdotka becomes active closer to twilight, searching for food thanks to good hearing and vision. The basis of its diet is made up of small animals, insects, mollusks, frogs, small rodents, snakes and lizards. During the hunt, she screams loudly, frightening the prey so that she manifests herself.

In wintering places, avdotki do not linger for a long time and begin to nest in March-April. Usually they are solitary, but during the breeding of chicks they can be combined into small flocks of several dozen birds.

The avdotka nest is located directly on the ground. It is a small depression, lined with stones and covered with various herbs, branches and leaves. In one clutch there are only 2-3 beige eggs with dark spots. Both parents are engaged in incubation and care of posterity.

During the mating season, the behavior of birds changes. They become more attentive and careful. At the sight of the enemy they can distract his attention to themselves: suddenly the bird begins to make noise, scream and flap its wings, gradually moving the predator away from the nest. At this time, avdotki often hunt during the day, at the same time feeding a partner who incubates eggs.

Chicks hatch in a month. They already see well, walk and can follow their parents. Initially, they are covered with a light fluff, but after another month or two they are completely covered with normal plumage and can fly.