Panama is a small state of the American continent located on the territory of the Panama Isthmus between the Pacific Ocean and the Caribbean Sea. Tourists who are planning to visit this amazing country are advised to familiarize themselves with the photos and descriptions of Panama sights before traveling so that you can build an interesting route and make the trip as colorful and memorable as possible.

This is the main attraction of Panama and the most ambitious and complex construction project in the world. He is called the eighth wonder of the world. This shipping canal connected the Gulf of Panama with the Caribbean Sea and the Atlantic Ocean. Its length is more than 80 kilometers. 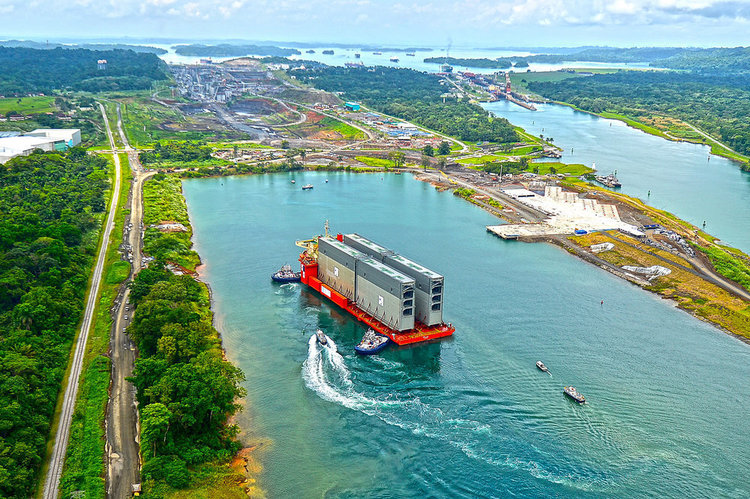 Each tourist is recommended to go to the city of Balboa and buy a ticket there for a tour of the canal on board the ship. This tour will give even a sophisticated traveler a unique experience. The rise of 26 meters from the Pacific Ocean level with three-stage locks, from where the Corte Culebra begins, the part of the canal, which is a 14-kilometer trench, then Lake Gatun, created to power the locks, a passage through the islands and the coast with a rain forest - all this will make the tour bright and unforgettable.

It is the capital and largest ultramodern city of this amazing country. It stretched ten kilometers along the Pacific coast. There are many glass skyscrapers, but there are also areas with slums. Sightseeing in Panama will take at least two days. 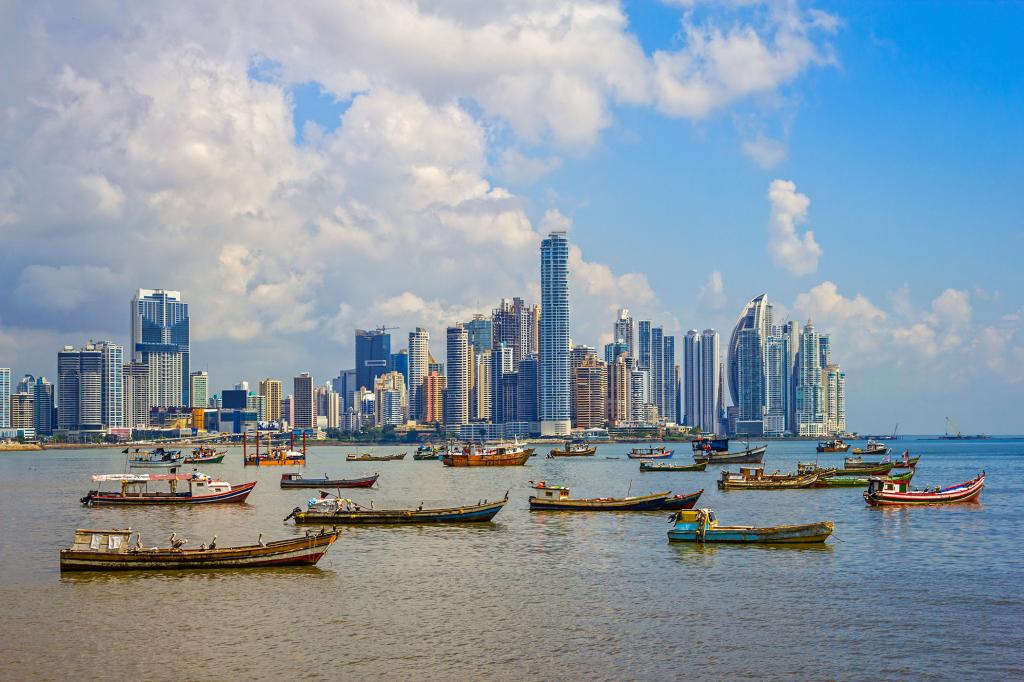 The old part of the city attracts tourists with its originality. There are many attractions of Panama. For a more detailed acquaintance with them, tourists are recommended to walk. It’s convenient to stop and relax at Bolivar Square. In the center of it is a monument to Simon Bolivar. Near the square is the Cathedral of St. Francis, the Bolivar Palace, the Church of St. Felipe Neri.

In the historical center of Panama, this is one of the main attractions. The perimeter of the area consists of vaulted vaults with arched entrances. For many centuries they have been used for different purposes.

First, seven interconnected arches served the city as a defensive fortification. In the XVIII century, storage facilities were located here. In the 19th century, a boulevard was made to connect the two pedestrian parts of the city. For some time, the thick walls of this building were adapted for barracks, and then for prison.

Currently, Las Bovedas arches are an integral part of the architecture of the square. On the walls there are commemorative tablets telling about important events in the life of the city and the country, about the outstanding personalities who built Panama City and the legendary Panama Canal. 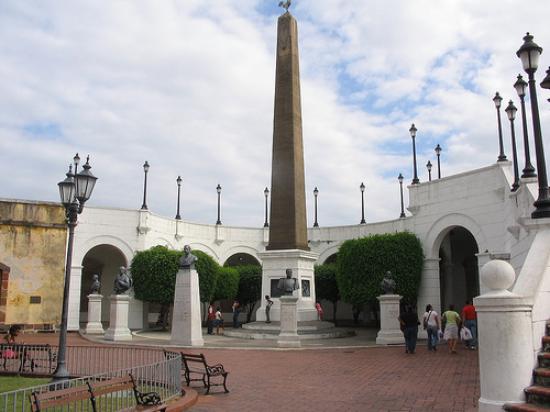 It is considered a landmark in the city of Panama. It was built in 1908. At the beginning of its existence, he enjoyed great popularity among the city nobility. But after a while, everything fell into decay. The building began to be used as a cinema. At the beginning of the 21st century, the theater was restored and began to function as a theater. Its external facade is made in a classic style, the baroque-style interior is luxurious: gilded arches of balconies, railings, expensive drapery of scarlet velvet. The ceiling of the theater is painted by the famous Panamanian artist Robert Lewis. The entire auditorium with several levels of balconies seats 850 spectators. 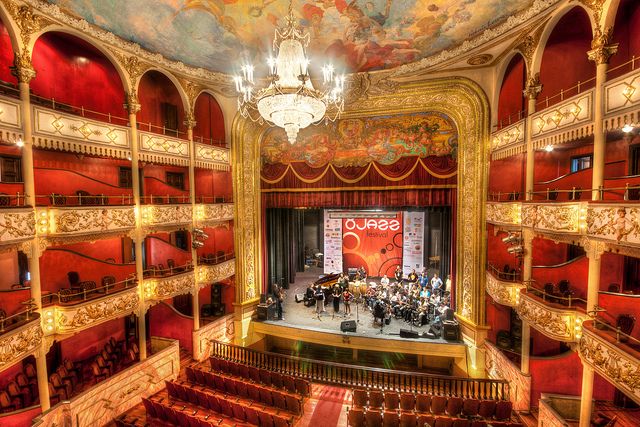 This is one of the most beautiful sights of Panama. Coiba National Park will surprise visitors with coral reefs, dolphins, a diverse marine world, beautiful beaches and exciting fishing. This park is an archipelago of 38 islands that are located on the Pacific coast of the province of Veraguas in the Gulf of Chiriqui. The name of the park comes from the name of the largest island in the whole country - Coiba. It is very popular with tourists visiting this country.

In the photo of the sights of Panama you can often see the Pearl Islands. Southeast of Panama City, in the Gulf of Panama, lies the Las Perlas archipelago. It consists of several large islands (Pedro González, San Jose, Contadora, Isla Pacheco, Isla del Rey, Chaper, Saboga, Mogo-Mogo, Viveros and Casaya), as well as several dozen small islands and reefs. In total, the group includes 97 islands. Europeans discovered this archipelago in 1513. The story of how the leader of Pankuyako told Vasco Nunez de Balboa about unusual islands with a large number of pearls located south of the isthmus has become a legend. Now the main source of income here is pearl mining. The islands have become a major global resort. Here is a very exotic coast with white sand, turquoise water and lush vegetation. The islands have many boarding houses and small hotels. And sports fishing enthusiasts are advised to visit Punta Cocos, which is located on the island of Isla del Rey. 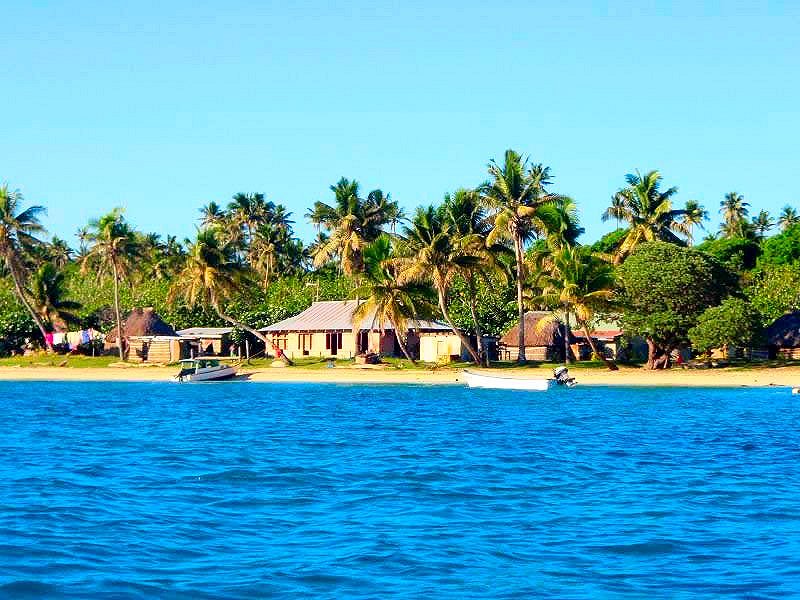 This is an island located fifty kilometers from the Panamanian coast and part of the Pearl Archipelago. It has unusually beautiful white sand beaches, turquoise water and coral reefs. On this island is the only official nudist beach.

This is one of the best Panamanian surf beaches. It is quite secluded and located in the city of Santa Catalina. There are very powerful waves reaching a height of more than 10 meters. Constant ebbs and flows on this beach give a strong tidal impulse, fluctuations are 8 meters or more. Surfers all over the world come here to conquer the Pacific waves.

The Sekas Islands is a string of 16 uninhabited islands located in the west of the Pacific coast of Panama. Here, tourists will find wildlife with lush vegetation, extinct volcanoes, a unique wildlife. This is the so-called eco-resort with limited access for tourists. The service here is high class. Tourists are engaged in deep sea fishing, diving and windsurfing. 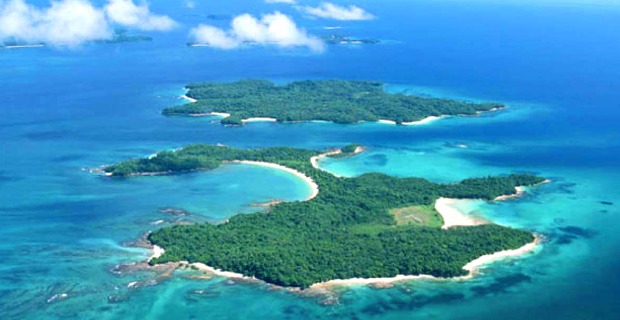 This is a natural attraction of the Republic of Panama. It is located in the province of Chiriqui in a national park, in close proximity to the Talamanca mountain range. This is the highest point in Panamanian territory. The height of this volcano is about 3.5 thousand meters. Baru Volcano is famous for its healing thermal springs. People from all over Central America are treated here. The volcano Baru is very convenient for mountaineering and climbing, so it is a favorite place for climbers.

This island, discovered by the Spaniards in 1524, is located at a distance of 20 kilometers from Panama City. This is a historical landmark of the country of Panama. He became the first deep-sea port. But, since he was constantly raided by pirates, the Spaniards were forced to build defenses on the neighboring island of El Morro to protect the port. For three centuries, port defense worked. In 1882, the first sanatorium was built on the island of Taboga. Currently, this island is known as the "Island of Flowers." There are beautiful beaches that attract tourists. On the top of the hill of Cerro Wikia at an altitude of 300 meters is an observation deck. The island has a small array of rainforest with lush flowering vegetation, as well as the largest Latin American colony of brown pelicans.