Quarterly development: features of the layout of the territory, infrastructure. Current trends in urban development

In recent years, in Russia, at the state level, the idea that quarterly development should supplant a neighborhood has been actively promoted. Due to the fact that it is considered not only more modern, but also more convenient for residents. Let's find out what its features are. 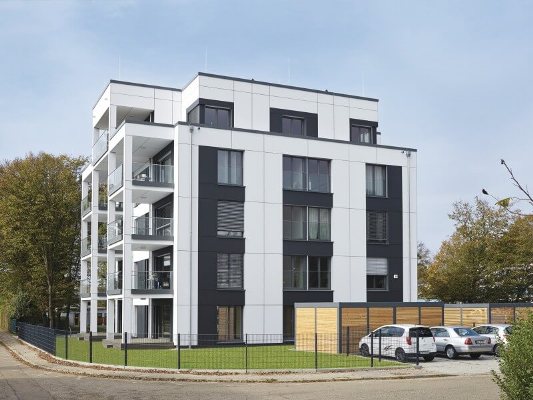 The development of the city is considered the main stage of its development. A lot depends on how the territory will be built up, starting with logistic decisions and ending with the presence of conflict issues between the residents of one house or yard.

You can consider the development from completely different perspectives. For example, discussing exclusively the road network or, conversely, the location of residential buildings and public facilities.

What is the current situation on the urban development market? Almost every city has a historical center, which is distinguished mainly by mid-rise buildings with a compact arrangement of residential facilities and rather narrow streets by modern standards.

There is a whole category of objects that appeared during the existence of Soviet power. Such a development is quite typical. Houses are, as a rule, far from the roads and are located randomly. Similar areas also have an undeveloped road network. At the same time, there are many empty, unused territories.

Old districts usually have small streets, since during their construction, the cities did not have large flows of cars. At the moment, the situation is changing dramatically. A growing number of citizens are acquiring personal vehicles. This leaves a special imprint on the trends of modern construction. 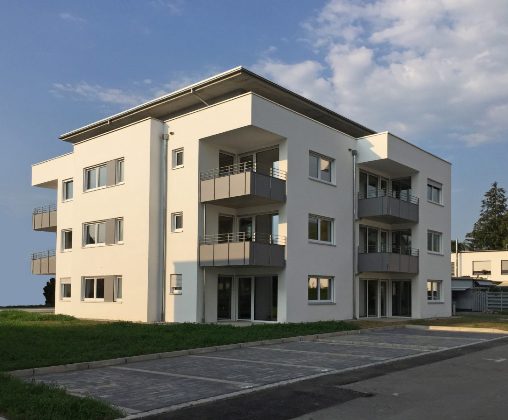 Urban planners plan objects in such a way that they are located along the roads, and not in the distance. Applying the principles of quarterly development, it is possible to quite clearly distinguish between personal and public territories. The street is perceived as a public place, and the territory inside the quarter becomes a personal space intended exclusively for its residents. This approach has an important psychological factor. Residents begin to be more careful about common property. In the microdistrict development, houses are located randomly, there is no clear understanding of what is personal and what is common, therefore many citizens often do not care about the territories located beyond the thresholds of their own apartments.

If you believe the experts, the chief architect of Moscow focuses on the above type when planning new metropolitan buildings. However, this trend is not limited to the Moscow Ring Road, but spreads throughout the country. The trend towards quarterly development can be observed throughout the state. The main reason is that in this way they seek to increase the level of comfort for urban residents.

An example of such development in other cities - LCD "Lights of Siberia" in Novosibirsk. The quarter is located in the Central district of the city, and on its territory it is planned to build several residential buildings from six to twenty-five floors high. Socially significant objects for the population will be placed inside the quarter. In addition, the LCD "Lights of Siberia" in Novosibirsk has good transport accessibility, as it is located near the metro.

Currently, in the construction sector, there is a widespread transition to quarterly development, which brings fundamentally new features.

Many urban residents have the feeling that the city is not a place for physical existence, but for a meaningful life. That is why the desire to ensure a high quality of life is laid even at the design stage of future quarters. This allows urban planners to develop functional public spaces, control the height of buildings, take care of pedestrian comfort, create a unique facade design, etc. 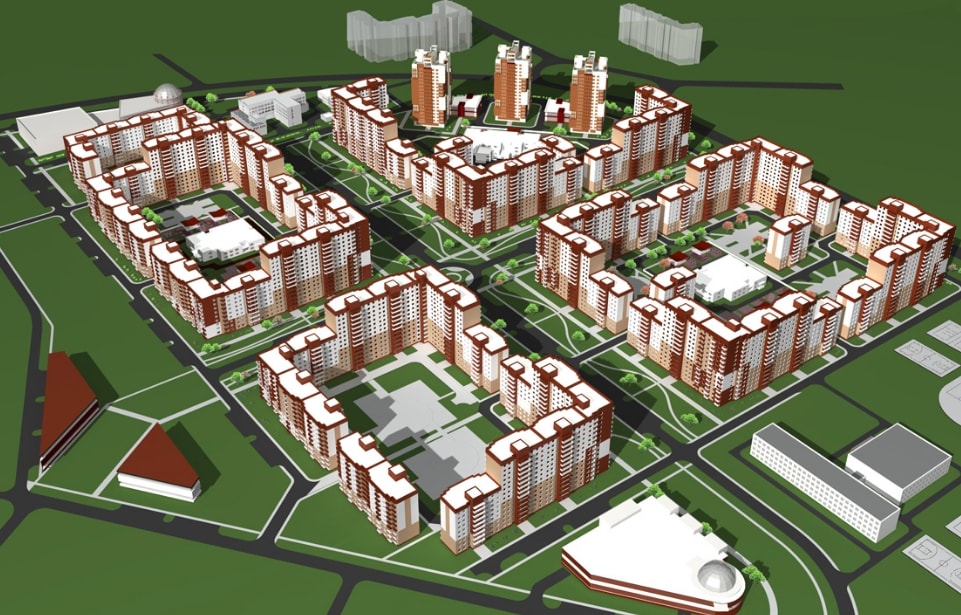 It is worth saying that most of today's buildings, for example, in the capital appeared in the middle of the last century. Then the main task of the construction was to provide the population with housing. Moreover, the level of comfort was paid much less attention than in modern times. Creating a general plan of quarter development, urban planners focus on the amenities that future residents will receive. This approach is often liked by consumers. Unlike housing estates, modern spaces are becoming more convenient. 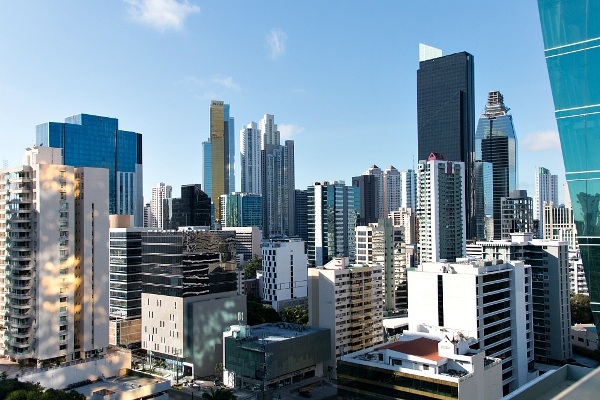 Features of the layout of the territory 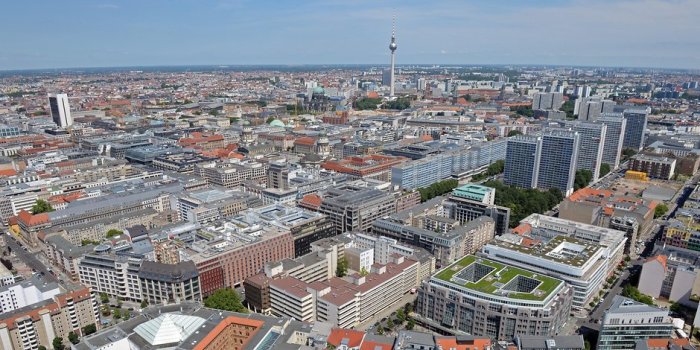 Earlier, housing construction was carried out on the principle of housing estates, which were separated by highways from the main part of the city. At the same time, there was no through passage inside. Roads were intended exclusively for access to houses. This location was considered safe, as the main infrastructure facilities were located inside the microdistrict, so residents did not have to cross the roadway to get to the desired facility. Including it was convenient for children.

Despite the fact that a large amount of free space is assumed in the microdistrict, this feature can turn into a disadvantage. For example, unused spaces quickly start up because they do not have a clearly defined functional purpose. In addition, in the microdistrict, a spacious courtyard is designed for several houses at once. A large space is more difficult to control and provide security for its residents.

Modern housing is built on slightly different principles. First of all, it concerns the territory being developed. A quarter, as a rule, consists of only a few buildings encircled by narrow streets. According to urban planners, it is convenient for both pedestrians and drivers. Motorists get more roads and can build alternative routes. Pedestrians can enjoy the courtyard space, free from excessive car traffic.

So, which is better - quarterly or microdistrict development? Each layout has its own characteristics, advantages and disadvantages. However, at the moment, urban planners prefer a more compact modern layout as the main trend. 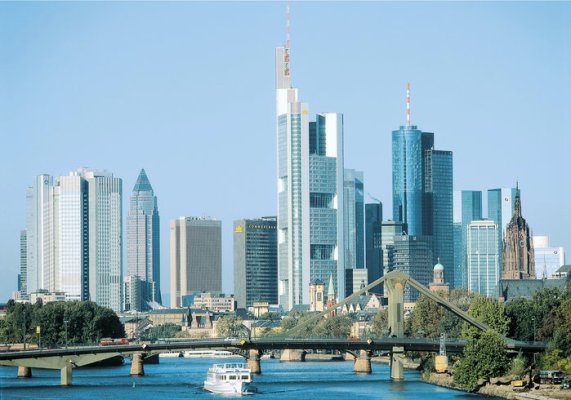 Quarterly development by its principles resembles a private sector, fenced off from the external environment. Buyers in the real estate market are often attracted by a self-contained environment that successfully fits into the general urban space.

It is assumed that all the necessary infrastructure should not be located inside, as is done in microdistricts, but outside. The residential quarter is separated from the general space by a network of rather narrow streets. Inside there is a courtyard space, equipped for the comfort of residents, and outside - various infrastructure facilities. For example, the first floors of buildings are often occupied by public institutions, such as shops, restaurants, etc.

In general, quarterly development creates a favorable climate for the development of commercial infrastructure, as it makes it more predictable for potential consumers. If the outlet is located along the public sidewalk, it is more likely that it will be regularly visited. In the microdistricts, the entire infrastructure is inside, therefore, it is possible to consider mainly local residents as potential buyers.

Quarterly development cannot be called ideal. In the Russian market, it is still not fully understood by consumers. Many of them are accustomed to long distances between houses and wide roads. Not everyone likes dense buildings with a heap of residential buildings. This carries a certain psychological discomfort.

The territory planning project as part of the quarterly development must comply with applicable standards. However, in practice it is rather difficult to comply with all established rules. Building codes are still based on the principles of large spaces. The authorities, despite the active propaganda of quarterly development, are not taking sufficient measures to help urban planners.

For example, in accordance with the requirements of the law, residential buildings should be located no closer than twenty meters to the roads. For kindergartens and schools, these standards are slightly higher, which creates additional difficulties for those who plan to implement a quarterly development project in practice.

However, this does not always work. Some urban planners have to adjust the number of storeys for future buildings; some fail to provide through passages. As a result, instead of full-fledged isolated territories, modern quarters are obtained inside outdated microdistricts. That is the inevitable reality.

Earlier in the trends of urban development, a conditional division into sleeping and business areas was adopted. The former were intended solely for life, and the latter for work.

However, the modern concept departs from such a separation because of its significant shortcomings. For example, most people have to leave the area in the morning, going to work, and in the evening make the return trip. This creates an increased load on the road network and causes traffic jams in which citizens lose a lot of their own time. In addition, this makes their daily leisure more meager, forcing them to stay home in the evenings. Another disadvantage of sleeping areas is the reduced level of safety associated with a small flow of people in the daytime and evening.

That is why modern urban development comes to the decision to make development more mixed. With this concept, office or retail public spaces are located close to residential buildings or detached neighborhoods. In this way, it is possible to reduce the flow of pendulum migration, when in the morning many residents of the region go to work and return in the evening. In addition, the lack of the need to regularly use the car favorably affects the environmental situation in the city.

The logic of urban planning is usually simple. The more expensive the land, the more floors. Buildings with a height of not more than ten floors are considered mid-rise. It is believed that the higher the apartment building, the more difficult it is for residents of it to maintain neighborly relations.

However, the opposite extreme - low-rise construction - is also not a good solution. This leads to an increase in the built-up area and creates an increased load on the road network, since the distances between the objects increase significantly. People begin to use cars more often, worsening the environmental situation.