Symptoms and treatment of tubootitis in adults and children

In this article, we will consider the symptoms and treatment of tubo-otitis.

This is an inflammatory process localized in the Eustachian tube, which connects the organs of hearing and breathing, that is, the tympanic cavity or middle ear and nasopharynx in its posterior part.

Some otolaryngologists are inclined to believe that tubo-otitis is the initial stage of otitis media, but medical science classifies it as a number of independent pathologies. The disease is not contagious. It is also called eustachyite and tubotimpanite. We consider the treatment of tubo-otitis below. 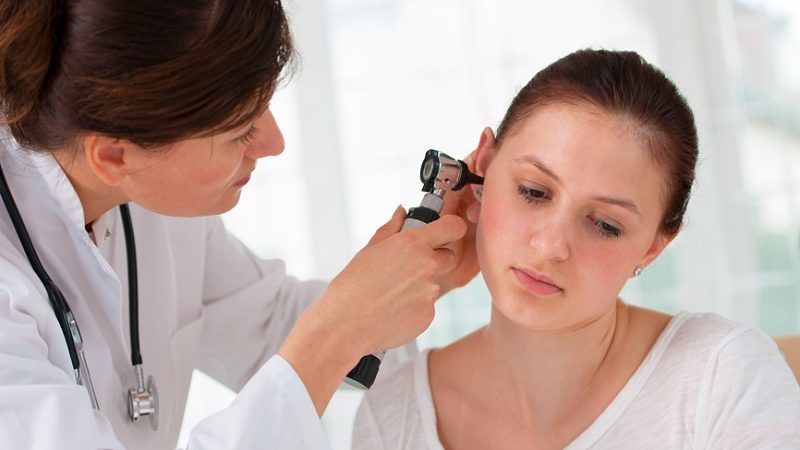 The main specific symptom of the disease at the initial stage is a feeling of stuffiness in the ear, which significantly reduces the acuity of auditory perception. In most cases, patients complain of tinnitus, sometimes a slight dizziness or a feeling of heaviness in the head.

In addition, the symptoms characteristic of tubo-otitis are:

1. Sensation that fluid gurgles in the ear.

3. Tympanophony, that is, echoing in the ear of one's own voice.

Several stages of tubootitis are distinguished, depending on the severity of the inflammatory process:

1. Acute tubootitis. It is provoked by infectious pathogens and proceeds within a few days.

3. Chronic tubootitis. It manifests itself periodically in an exacerbated or weakly expressed form, but it stably worsens auditory perception.

In the acute course of the disease, in addition to the above symptoms, otalgia is added, that is, pain in the area of ​​the inflammatory process in the ear. Tubootitis can be either unilateral or bilateral (however, it usually begins on the right or left side, gradually affecting both ears). Symptoms and treatment of tubootitis in adults and children are similar, but there are differences. 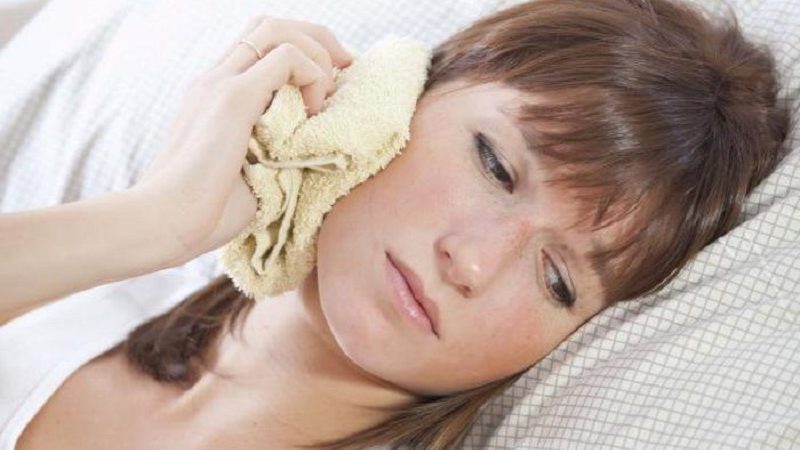 In acute cases, adult patients may also experience an increase in body temperature (low-grade), as well as general malaise. In a child, the temperature will increase significantly and be accompanied by a febrile state.

Drugs that are prescribed for tubootitis include decongestants and anti-inflammatory drugs. Their goal is to restore the normal functioning of the auditory tube, as well as the symptomatic treatment of respiratory infections that are accompanied by rhinitis.

With tubootitis, ear drops are prescribed. The most common of these are:

1. Otipax. The composition of the drug includes lidocaine and phenazone. Instill 3-4 drops in each ear three times a day. The duration of treatment should not exceed one week. A contraindication for the use of Otipax is damage to the eardrum.

2. "Otofa." Drops contain the antibiotic rifampicin. They are prescribed for staphylococcal genesis of tubootitis. 5 drops should be instilled in adults and 3 children up to three times a day. Side effects of these drops are itching and rashes in and around the ear. 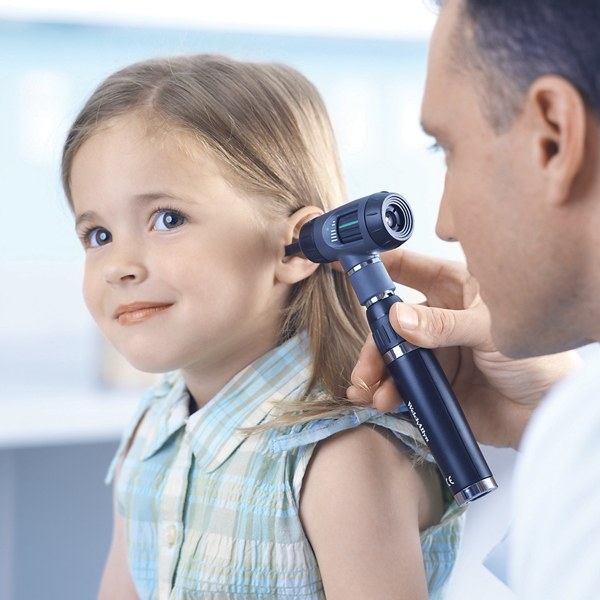 3. "Polydex". Often used in the treatment of tubootitis. They contain antibiotics such as polymyxin B and neomycin, as well as a substance from the category of corticosteroids dexamethasone. The use of the drug is allowed only in the absence of damage to the eardrum. The adult dosage is 3-4 drops, the children's 1-2 drops in each ear twice a day. Side effects from its use in addition to an allergic reaction can be a complication in the form of a fungal infection.

4. “Anauran”. Similar to the Polydex. The composition also includes neomycin, polymyxin B and lidocaine, which provides an analgesic effect. However, these drops are contraindicated for use in childhood.

5. Sofradex. In the composition of dexamethasone, gramicidin and neomycin. Designed to relieve the inflammatory process in the cavity of the outer ear in the treatment of tubootitis.

The use of all these drops during pregnancy is prohibited, since they contain antibiotics that are absorbed into the systemic circulation, which means they can pass through the placental barrier to the unborn baby.

To eliminate nasal congestion that occurs against the background of tubo-otitis, vasoconstrictive drops in the nose are used. Most often, drugs such as Naphthyzin, Sanorin, Vibratsil, Nazol, Nazivin, etc. are prescribed.

Another effective vasoconstrictor drug that has a decongestant effect on the nasal mucosa is Rint in the form of a spray. It contains oxymetazoline. However, it is contraindicated for use in case of atrophy of the nasal mucosa, severe arterial hypertension, increased intraocular pressure, as well as hyperthyroidism and under the age of six years.

Nasonex is a corticosteroid and contains mometasone. It is used as an additional decongestant. As a rule, it is prescribed to patients who have a history of a runny nose of allergic origin or chronic sinusitis in the acute stage.

To relieve swelling, antihistamines such as Claritin, Suprastin, etc. are also taken. For chronic rhinitis and nasopharyngitis of an allergic nature, Erespal or Fenspiril is prescribed. For adults, drugs are prescribed in the form of tablets, for children a syrup is produced. Undesirable reactions from taking these drugs are nausea and vomiting, drowsiness, and heart rhythm disturbance. 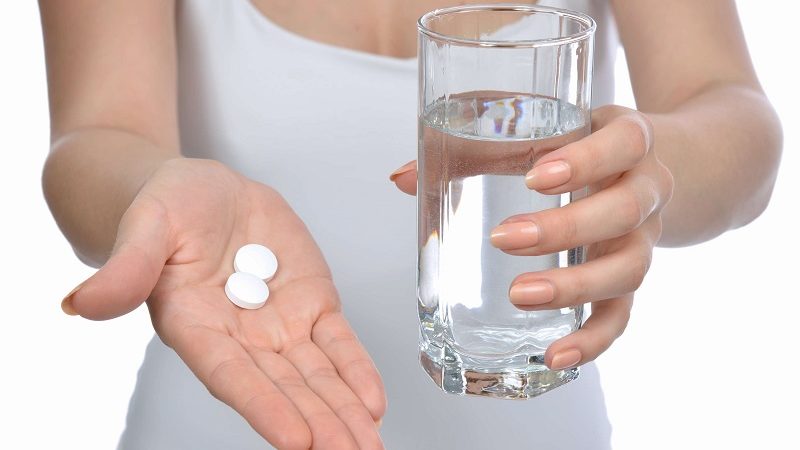 "Sinupret" is a homeopathic medicine and is also prescribed for tubo-otitis if the patient complains of an unproductive cough and inflamed sinuses. The drug is taken two tablets three times a day.

When treatment with tubo-otitis does not produce an effect, the pain is not relieved, and the patient's condition worsens, antibiotic drugs are prescribed. If the disease is provoked by staphylococci or streptococci, then antibiotics from the category of amoxicillins are taken, such as Augmentin, Amoxiclav, Clavocin, Flemoxin Solutab, etc. Allergic reaction and diarrhea can become side effects of such drugs.

Another antibiotic prescribed for tubootitis is Ciprofloxacin. It is contraindicated in children under 16 years of age, as well as women during pregnancy. It can provoke the development of negative reactions such as nausea and vomiting, headache, dizziness, rash and pain in the abdomen.

"Biseptolum" is an antimicrobial drug and is prescribed for the treatment of infectious diseases of ENT organs. Children can take the drug from the age of 12. For younger age, a form of the drug is provided in the form of a syrup. Contraindication is renal failure, hematological diseases and pregnancy.

Treatment of tubootitis in children

Acute eustachitis manifests itself in symptoms:

The pain can have various intensities: from mild to severe, cutting, giving the child unbearable torment.

Against the background of pathology, signs of neurasthenia develop: tearfulness, poor sleep, causeless cry, refusal to eat. The younger the child, the harder he tolerates the acute form of tubo-otitis. In rare cases, the disease is asymptomatic or the signs are not pronounced and the patient’s behavior remains practically unchanged. Parents can diagnose salpingotitis by hearing loss.

Symptoms and treatment of tubootitis in children are interrelated.

Drug therapy is aimed at stopping the symptoms of the inflammatory process and the infectious focus. For this, drugs from several groups are used:

Treatment of tubo-otitis may be accompanied by physiotherapy using common electrotherapy techniques. Electrophoresis is carried out using preparations based on zinc and calcium through the external auditory canal.

In addition, procedures for short-wave diathermy and UHF directly to the paranasal sinus region are often prescribed.

Darsonvalization with alternating current allows you to activate blood flow in tissues damaged by tubootitis, and improves trophism. In addition, this physiotherapy reduces otalgia. The condition is alleviated by exposure to infrared rays and ultraviolet light.

In some situations, a patient with tubo-otitis is given a special eardrum massage. It helps maintain its elasticity and helps to avoid damage.

Among other things, you need to know how to properly blow your ears with tubootitis. This is done to open the auditory tubes. To do this, take a deep breath, the nose and mouth are closed and clamped with your fingers, then an attempt is made to inhale the air. Part of the air goes directly into the auditory tubes and congestion of the ears is removed.

How else is treatment for tubootitis in adults and children?

The most common method of traditional medicine in the treatment of both otitis media and tubootitis is ear heating. It should be borne in mind that this procedure can only be carried out with full confidence that otitis media is not purulent in nature, as well as in the absence of temperature. In other cases, warming up may be hazardous to the health of the patient. In general, treatment of tubootitis at home should be carried out with great care.

Warming up is carried out with a blue lamp for ten minutes, then the ear should be insulated. Sometimes a vodka compress is made. Boric acid or boric alcohol may also be used. For this, a flagellum is made, which is wetted in a 3% liquid and inserted into the ear canal. The flagellum periodically changes. It is strictly forbidden to bury alcohol in the ear. Tincture of calendula and propolis is also used.

If the inflammatory process in the ear occurs against a background of acute respiratory viral infection, tonsillitis or nasopharyngitis, inhalation is permissible. To do this, you can use a solution of soda, a pair of boiled potatoes or an alkaline mineral water.

In addition, it is possible to carry out herbal medicine with the following herbs:

1. A decoction of a mixture of flowers of meadow clover, nettle, immortelle and pine buds should be taken after a meal of 50 ml.

2. During antibiotic treatment, you should drink a glass of decoction of eucalyptus, dandelion root, yarrow and fireweed.

3. You can also make a decoction of calendula flowers and take 100 ml after meals twice a day.

Treatment of acute tubo-otitis should be under the supervision of a physician.

If the ailment is accompanied by a high temperature, then walking is not recommended. Children are given exemption from physical education.

Reviews about the treatment of tubootitis

Reviews of the treatment of the disease are mostly positive. Pathology responds well to treatment, especially if it is timely.