Chocolate is valued mainly for its great taste and smell. But also because it improves mood, adds energy, relieves fatigue. The chemical composition of chocolate includes not just sugar, fat and unnecessary calories, but also minerals, a certain amount of vitamins and other biochemically active compounds such as theobromine, flavonoids, caffeine and phenyl-tilamine. Consider the nutritional value and beneficial properties of this product. 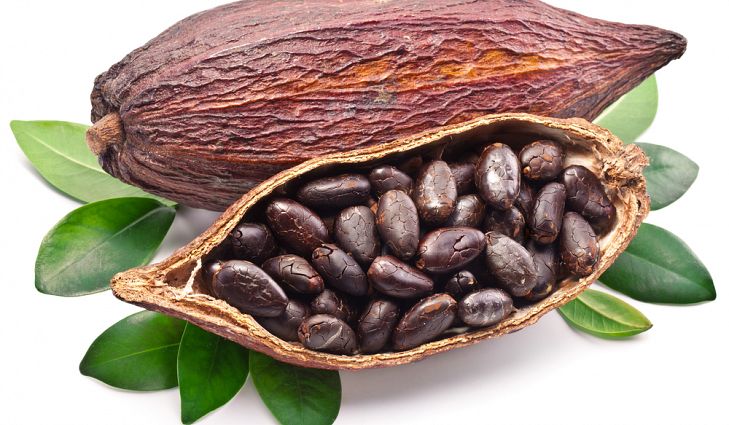 Chocolate comes from South America. There cocoa grows, also called a cocoa tree (lat. Theobroma cacao), from which cocoa powder and butter are obtained. They are the main ingredients of chocolate. About 2000 BC, a powder made from grains contained in cocoa was used by the ancient Olmecs living in what is now Mexico. The warm and humid climate prevailing in this area was ideal for growing cocoa trees. However, it will always be a secret how they discovered the benefits of small grains and learned how to use them.

A true cult of chocolate was developed by the Mayans in the 3rd century AD. They roasted and ground cocoa beans. The resulting powder was mixed with water, cornmeal, honey and chili. Thus, a bitter and highly spicy drink was created, which was originally intended mainly for kings, aristocrats and participants in religious rites. Chocolate was a very revered product and performed extremely important functions during the celebration of sacred rituals.

From Maya, the Aztecs adopted the custom of eating chocolate. They presented a lot of innovation in this area. The Aztecs preferred a cool drink enriched with aromas of paprika, vanilla or dry flower petals, which gave it a color: red, white or black. Cocoa beans were so valuable that they served instead of a payment coin.

The first European to taste cocoa was Christopher Columbus. The fruits he brought to Europe did not immediately arouse interest. The drink of them was first recognized in the Spanish court. In other countries, attempts have been made to brew a similar mixture of the increasingly common cocoa beans. However, he was too bitter. The Spaniards for a hundred years hid the secret way of its preparation with vanilla and sugar. Only in the 17th century was a hot drink introduced to other countries.

Over the years, it has been used in aristocratic homes. The breakthrough occurred in the XVII century, when chocolates appeared in the French courtyard. In the 18th century, the chocolate industry developed in many European countries. Switzerland, which to this day belongs to the largest chocolate producers in the world, stood out especially. 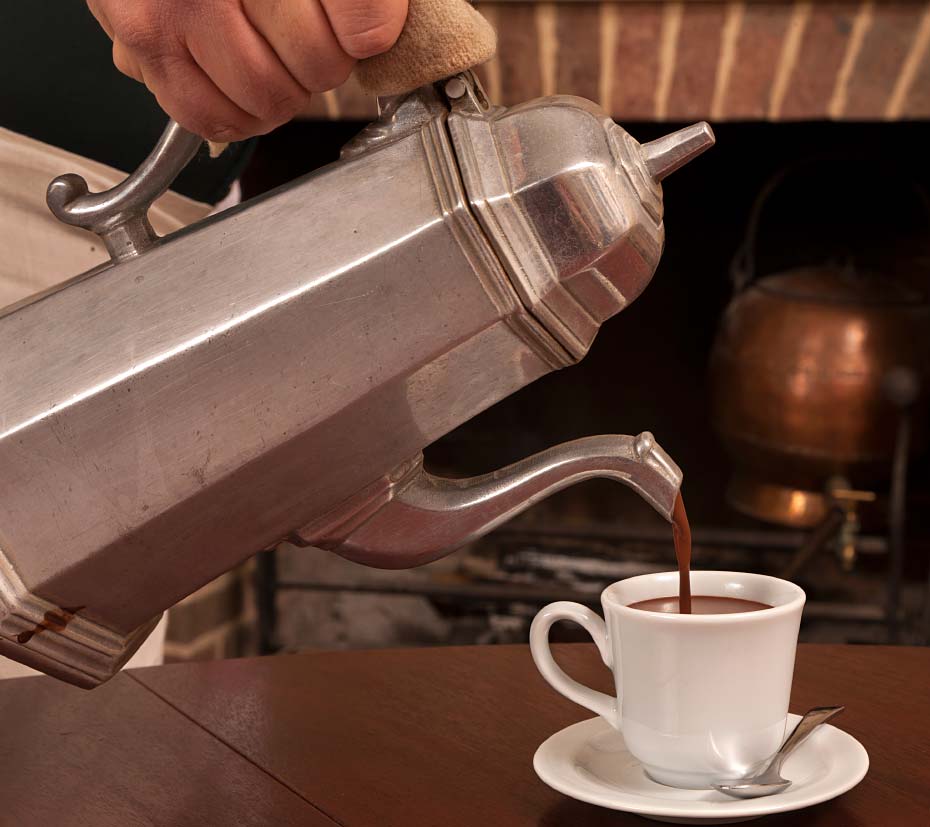 In 1879, Swiss confectioner Rudolf Lindt invented a device that mixes chocolate ingredients so that the tart aroma disappears and the mass acquires a velvety consistency and can melt in the mouth. In Switzerland, Henry Nestle contributed to the appearance of milk chocolate by adding condensed milk to the bitter mass of cocoa. Thanks to this invention, Daniel Peter created the well-known and widely beloved milk chocolate today. Raisins, nuts were added by Italians as a complement to a sweet treat. 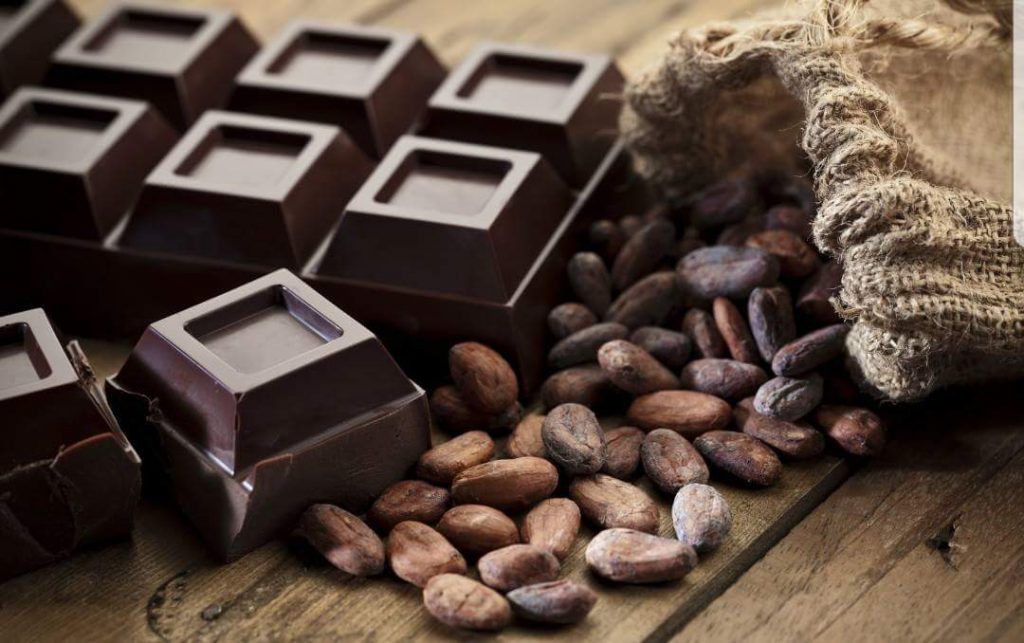 For hundreds of years, chocolate has been used as a cure for all diseases. The Aztecs were the first to discover that cocoa beans have strong stimulating properties. It was believed that it is useful in digestive disorders, fever, and also affects blood purification. It was a beneficial remedy for headaches and was even used to relieve pain during childbirth.

Chocolate was also considered an effective aphrodisiac. Phenyltilamine, present in the chemical composition of chocolate, causes the production of serotonin and endorphins in the brain. Serotonin counteracts depression and reduces susceptibility to disorders of the nervous system, such as schizophrenia. Endorphins improve mood and enhance feelings of pleasure. Chocolate also contains a large amount of magnesium (especially bitter). This element not only improves muscle function and promotes the absorption of calcium, but also, like serotonin, counteracts stress.

The chemical composition of chocolate contains caffeine and theobromine, so it can be addictive. The beneficial effects of the product will only be felt by people who consume it from time to time. Those who eat it very often become resistant to its effects, so they not only do not feel the beneficial effects of magnesium and serotonin, but can also suffer from migraines and headaches.

Overweight can also be a side effect of overconsumption, and people with heart disease and diabetes should stop eating sweetened chocolate. It can cause an allergic reaction in the body - the allergens can be cocoa, milk, wheat and nuts contained in it. Milk chocolate also harms people who cannot tolerate lactose. 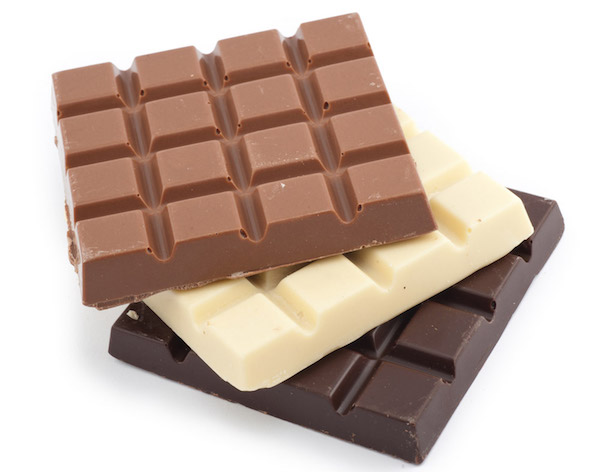 Briefly about the chemical composition of different types of chocolate

Natural chocolate (bitter and dark) is rich in healthy substances. White and dairy - due to the addition of condensed milk, they contain protein, which is a factor in cell growth and body regeneration, as well as calcium, which is important for muscle function and the proper functioning of the nervous system, enzymes and blood coagulation. 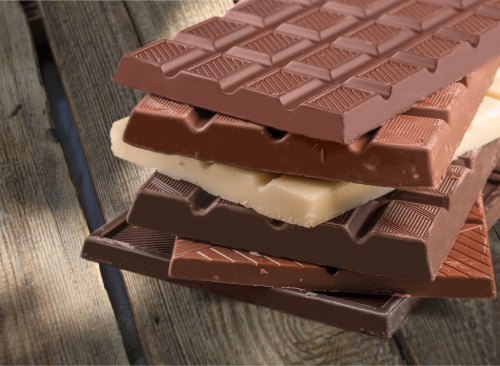 Below is a table comparing the chemical composition of different types of chocolate. Values ​​per 100 g of product.

What are chocolate-like products made from?

A chocolate-like product resembles chocolate in terms of appearance and taste. It is a cheaper and more affordable substitute for real chocolate. Produced due to the low cost of production. In chocolate-like products, the cocoa content does not exceed 7% of the total weight. Since they are cheaper than chocolate, they are very popular among consumers on a budget. These foods, unfortunately, are a rich source of trans fats, so nutritionists advise avoiding their consumption.

The chemical composition of fake chocolate is sugar, bad vegetable fat, whey powder, skimmed cocoa powder, skimmed milk powder, emulsifier (lecithin) and artificial flavor. The manufacturer must somehow get the resemblance to chocolate, and synthetic compounds are the only solution if expensive cocoa is not used in the production. It is worth knowing that chocolate-like products can often be found in cheap seasonal sweets - for Easter, Christmas and New Year. 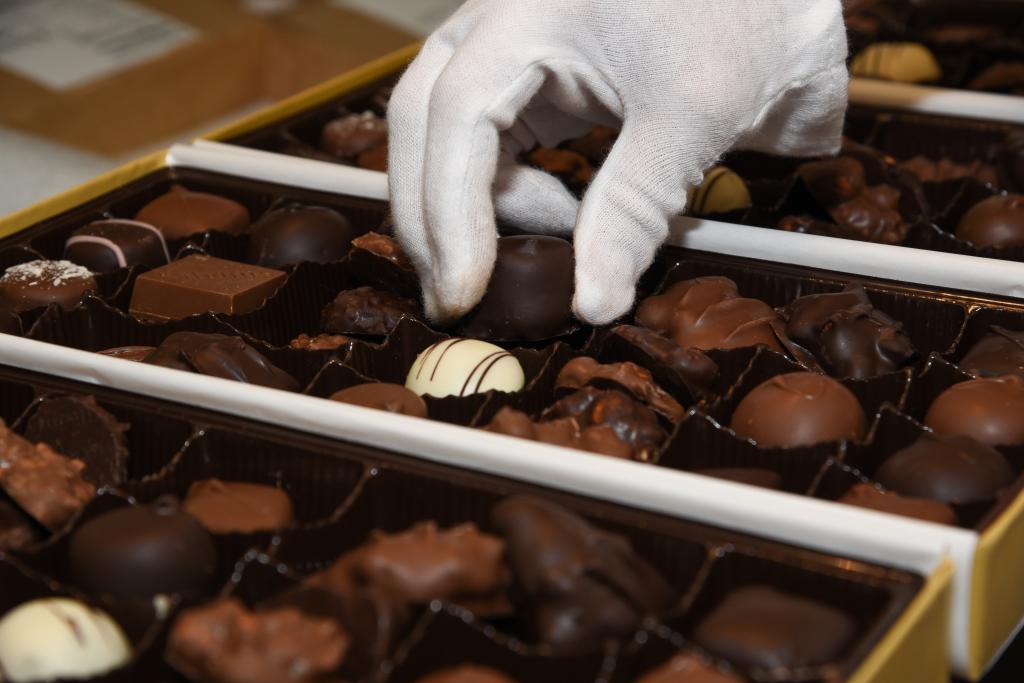 Interesting chocolate quality criteria were proposed by the British Chocolate Academy. A good quality product contains only cocoa fat. Does not contain other vegetable fats. The second criterion is the percentage of cocoa. Dark chocolate should contain at least 70% cocoa mass and at least 25% milk. High-quality product does not contain preservatives, flavors, dyes or other artificial additives. The origin, processing and quality of cocoa beans must be factored into production. You should choose sweets that contain a small amount of trans fats, because they cause an increase in cholesterol and contribute to the development of atherosclerosis and diabetes. Most trans fats are found in chocolate with filling, chocolate products (such as pralines, bars) and white chocolate.

It is worth knowing

What does white chocolate coating mean? 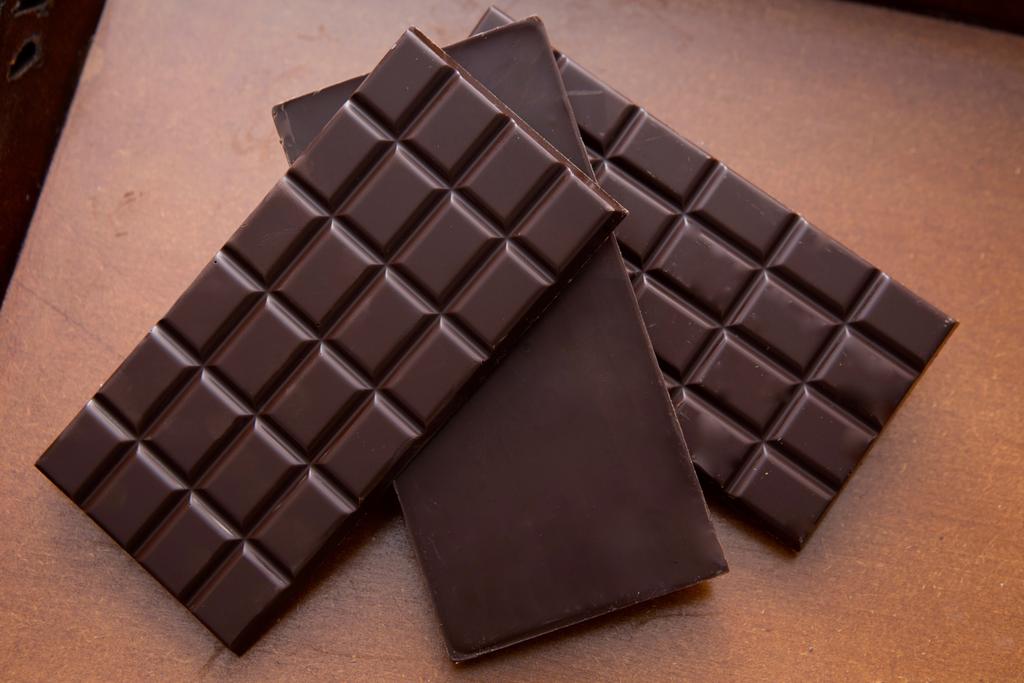 White or gray coating on chocolate does not mean that it has deteriorated. These are microscopic particles of fat contained in chocolate (and not mold, as some have suggested). It arises as a result of storage of sweets at different temperatures, for example, when chocolate is dissolved and then placed in the refrigerator. This is not harmful to health, only spoils the aesthetic appearance of the product.

Now you know how the chemical composition and nutritional value of different types of chocolate differ.