A rental certificate is a document provided to the owner of the right to a movie of any production (foreign, domestic, joint). It allows you to legally use it throughout the country for distribution.

In 1993, on April 28, the Russian government issued a special decree (number 396) concerning the registration of film and video films and control over their public display.

In 1994, on July 30, Act No. 895 defined a scheme for importing films created outside the CIS into the country.

The rental certificate itself is affected by law in 1996: in Art. 5.1 Federal Law No. 126, issued on August 22. Moreover, the term itself is not understood. And his definition was formed by lawyers, based on the general interpretation of the purpose of such a permit.

About the benefits of legality

Thanks to the rental certificate, the tape enters the special State Register. This is confirmation of its registration by the domestic Ministry of Culture (MK). 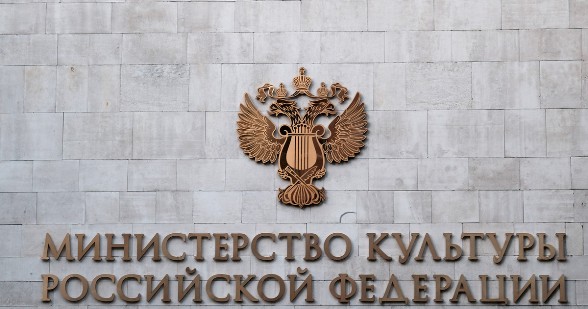 This document provides guidance on age limits for film viewers.

The applicant may be refused this certificate if he violates certain rules.

He dictates criteria containing a mechanism for obtaining such certificates for films with a similar theme, genre and intended for the same target audience. These criteria are determined by MK. 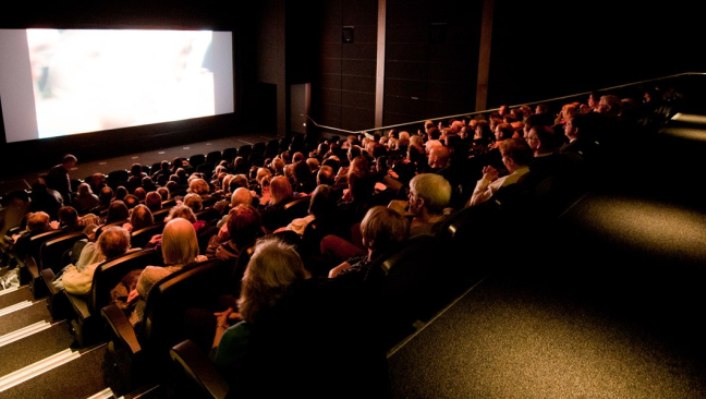 This issue is especially relevant for distributors in the struggle for optimal dates of the show.

For example, the best time to show children's cartoons is holidays and vacations.

If similar films are released on the same dates, applicants must agree on the order of showing to each other. The results of the negotiations must be notified to the Ministry. If this is not done within 15 days, it will itself decide the issue of dates.

Even if companies will have rental certificates and receive them at least six months before the intended demonstration of the film, this still does not guarantee the release of the tape on a specified date.

There is an interesting point number 15 in the rules. It says that when an application arrives at the Ministry indicating the intended date of the show, the applicant should take into account one important nuance - this date may coincide with showing another picture for which permission has already been obtained.

In this case, the MK suspends the application and indicates the need for the parties to agree on the display chronology. 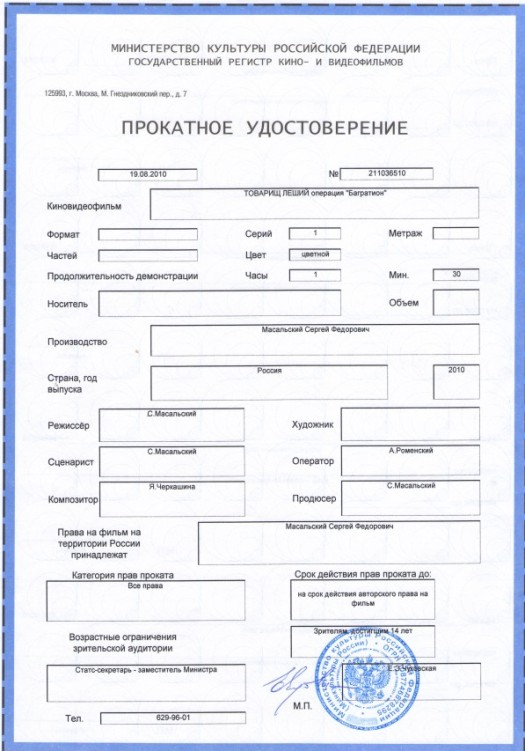 To get a rental certificate, the applicant must present:

A copy of the customs certificate is still required to issue a rental certificate for foreign paintings. This is usually a declaration or warrant. It must be certified by the customs organization that issued the film. This is a mandatory criterion when a tape is imported into a country from abroad.

A rental certificate is usually issued in the following periods:

Upon receipt of the document is required to present:

Game, animated and educational films should be stored in the Russian State Film Fund.

Documentary - in the state archive of film and photo documentation.

If the film is publicly shown without a rental certificate, the cases specified in 14.58 of the Code of Administrative Offenses of the Russian Federation occur.

In the following similar situation, fines develop to a range of 100,000 - 200,000 rubles. An alternative measure is to stop professional activity for three months.

P. 98 h. 2 Article 28.3 of the Code of Administrative Offenses of the Russian Federation concern persons compiling protocols on such violations. These are officials from the federal executive organization in the cinema industry.

In Russia, many tapes fall into the register of rental certificates. But there are some exceptions:

There are only three of them:

A striking example of the latter is the painting "Dislike", which was shot by Alexei Zvyagintsev. Because of what he was forced to create two of its variations. In one, the original text remained, and it was imported. And in the domestic rental came out the second version, radically changed.