Belarus occupies a leading position in popularity among ecotourism lovers. Indeed, in this small but very picturesque country there is something to see. The unique nature, relict forests, water meadows, villages with peasant life and nests of storks on the roofs, wildlife sanctuaries and teeming with animals - that's why tourists go to the republic.

There are no seas and high mountains in Belarus, but many rivers flow, their total length is about one hundred thousand kilometers. In addition to the beauty of nature, the republic is rich in attractions. Castles and fortresses, museums and residences of famous figures of past centuries, enterprises producing natural products, sources of healing water and much more.

In 2017, travelers had the opportunity to combine admiring the Belarusian nature with excursions, without worrying about food and accommodation. In April, the first cruise ship with the poetic name Belaya Rus was launched.

The ship "Rus" has special dimensions. It was designed taking into account the features of the Dnieper-Bug waterway. Today, the ship "Rus" is the only cruise ship to make long river crossings. The average duration of a trip on a ship takes eight days. The route passes through picturesque rivers, from the windows you can see the small villages of Polesie. Stops in the cities are accompanied by excursions; tourists are introduced to the ethnic and historical sights of Belarus.

Today the ship "Rus" runs between the cities of Brest and Mazyr. There are 10 stops in total. Basically, the ship moves at night, as in the daytime, travelers explore the surroundings and attend excursions.

A fifty-meter snow-white ship can simultaneously carry up to 35 people, has 16 cabins of different comfort categories, and two luxury cabins. Interestingly, both rooms are made in contrasting colors. The cabin, named after Yanka Kupala, is dominated by light colors, the interior of the cabin of Yakub Kolas is darker. 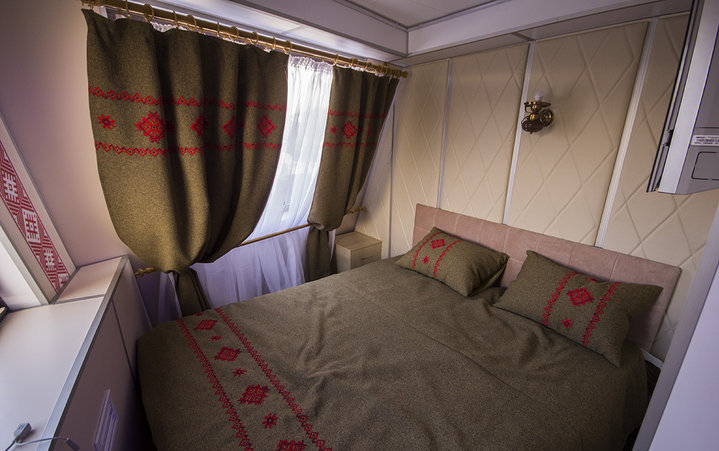 Total ship "Rus" has three decks. The lower one is occupied by technical premises and economy class cabins. There are six such rooms for passengers on the deck. Cabins have the “economy” status only because of the lack of bathrooms and showers.

Hygienic rooms will have to be shared with other passengers on the lower deck. The rest of the cabins are no different from the middle class and the "luxury", except that the smaller portholes. Each room is equipped with a TV, fridge, air conditioning, telephone, radio and a set of necessary items, such as glasses and stationery. 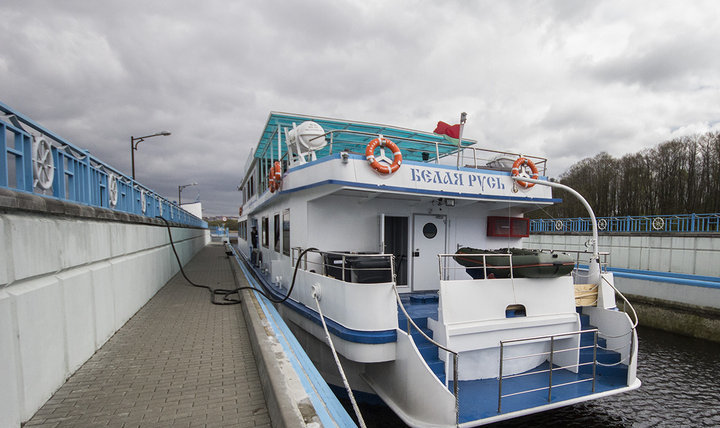 Premises for passengers are only on the lower and middle deck. There are crew rooms. The middle deck is occupied by ten passenger spaces. Two cabins of a class "Luxury", seven - "Comfort". The tenth room has the status of "Economy Plus". It differs from the cabins of the lower deck only in the size of the porthole. In addition, there is a swimming platform in the river, a convenient descent from the ship. 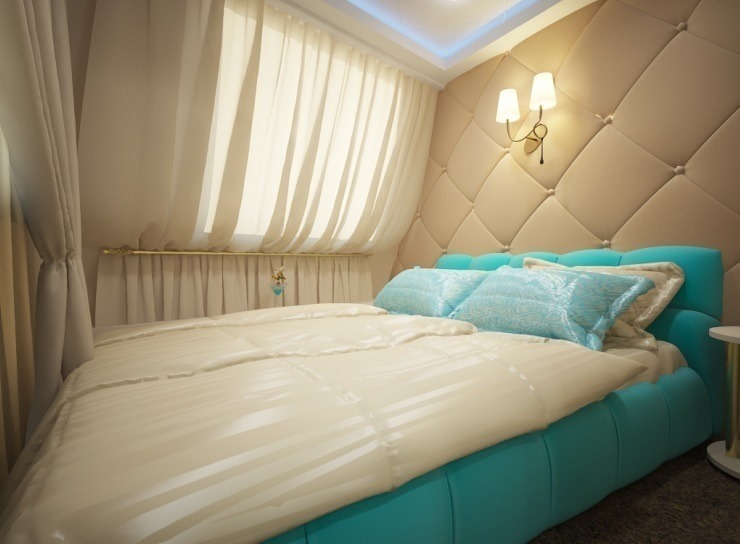 Premises for passengers are only on the lower and middle deck. There are crew rooms. The middle deck is occupied by ten passenger spaces. Two cabins of a class "Luxury", seven - "Comfort". The tenth room has the status of "Economy Plus". It differs from the cabins of the lower deck only in the size of the porthole. In addition, there is a swimming platform in the river, a convenient descent from the ship.

Comfort rooms have panoramic windows that can be opened. Showers and bathrooms are also present. The windows are protected by tinting, the sun's rays will not bother if the tourist likes to sleep longer.

The luxury rooms of the motor ship Belaya Rus do not differ in service from "comfort", but consist of two rooms. Each cabin room has panoramic windows. In the shower room, in addition to towels, there are bathrobes. Passengers in other cabins will have to bring their pajamas out of the house.

The very top of the ship was given for common areas. A convenient area for daytime spending is covered with a bright blue awning, to protect from the sun. There are comfortable tables on the deck, surrounded by soft sofas and ottomans. 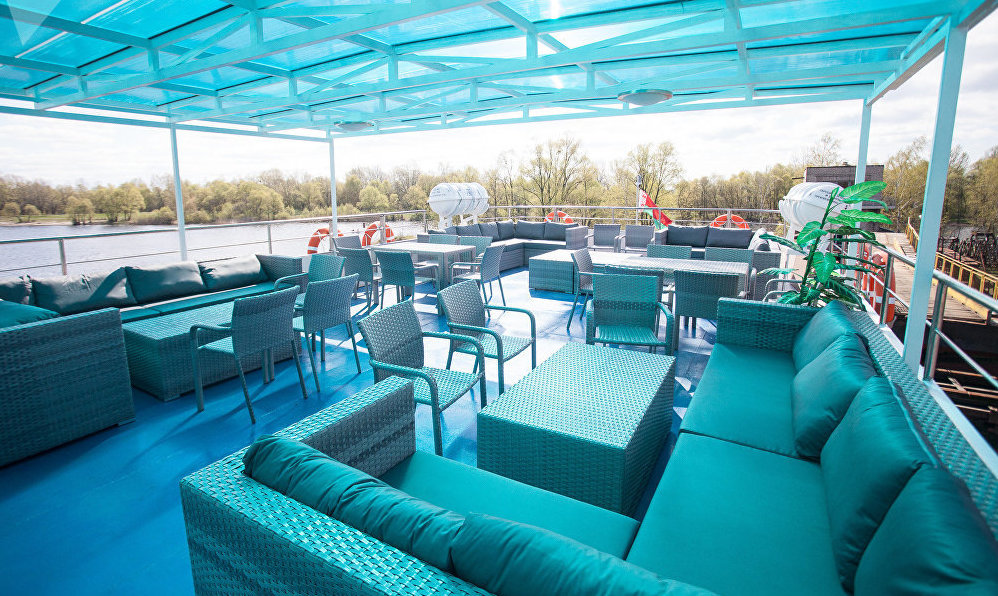 From the upper deck offers a great view of the surroundings, so guests of the ship like to spend time here free of excursions. There is also a restaurant in which four meals a day are organized.

The first meal on the boat begins at eight in the morning. The cruise operates an all-inclusive system and guests do not need to worry about food. You only need to choose breakfast and lunch from the offered dishes. The fourth meal resembles an afternoon snack in Soviet kindergartens, only everyone chooses the time himself. Travelers are offered tea and coffee with sweets to choose from. 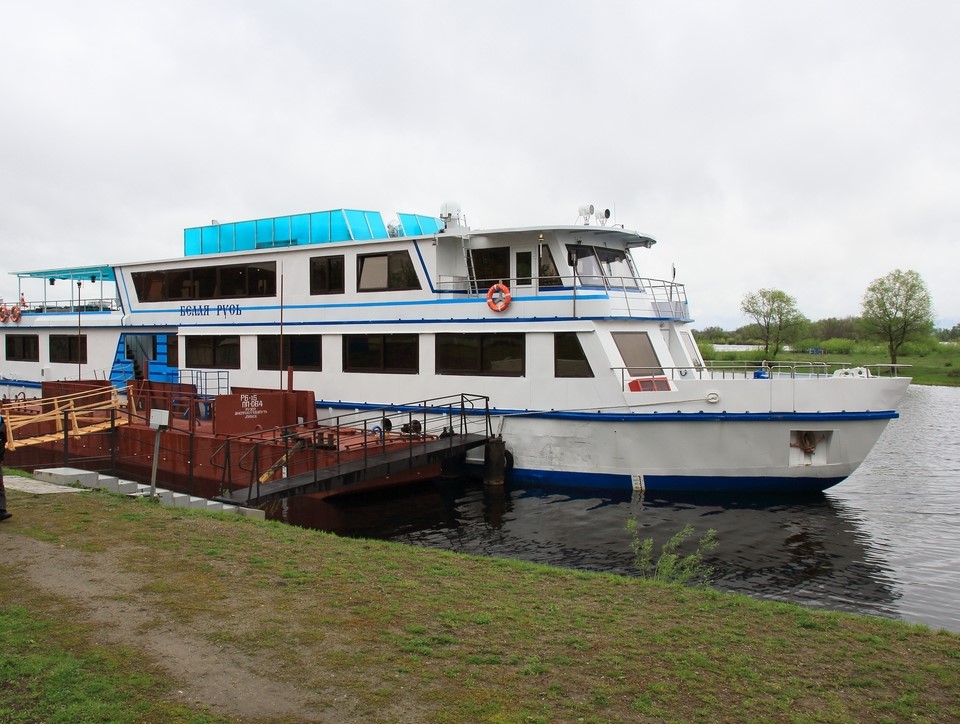 In general, excellent food on the ship "Belaya Rus", reviews of already rested travelers are the most positive. Everyone especially liked the last “captain's” dinner, held by the crew singing. Farewell passes by analogy with a huge bonfire in a pioneer camp at the end of the race. Travelers note that everything goes very warmly and friendly. 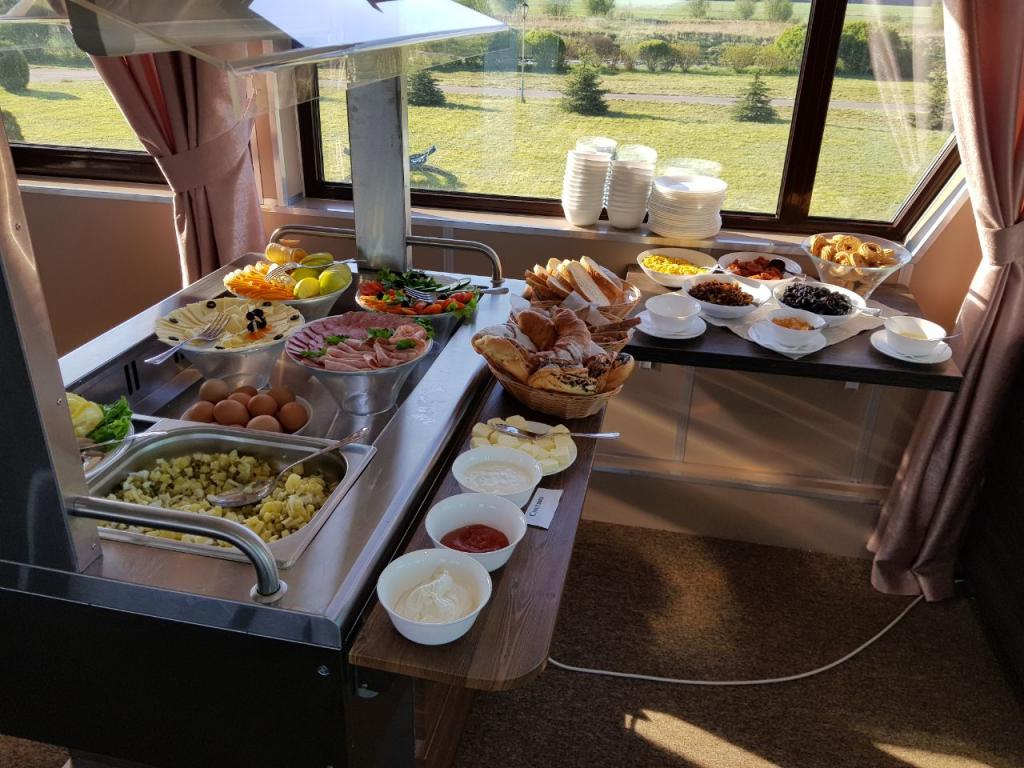 The Republic of Belarus will certainly surprise travelers here for the first time. And those who are not here for the first time have long been in love with the local flavor, and therefore come here at least once a year. The Rus ship is perfect for traveling, the reviews on the Pearl of Polesie cruise are the most favorable. The program includes acquaintance with folk crafts, architecture of different centuries, visiting nature reserves. Combining comfortable rest and exploring the brotherly country became possible thanks to the ship "Rus". Photos of attractions: 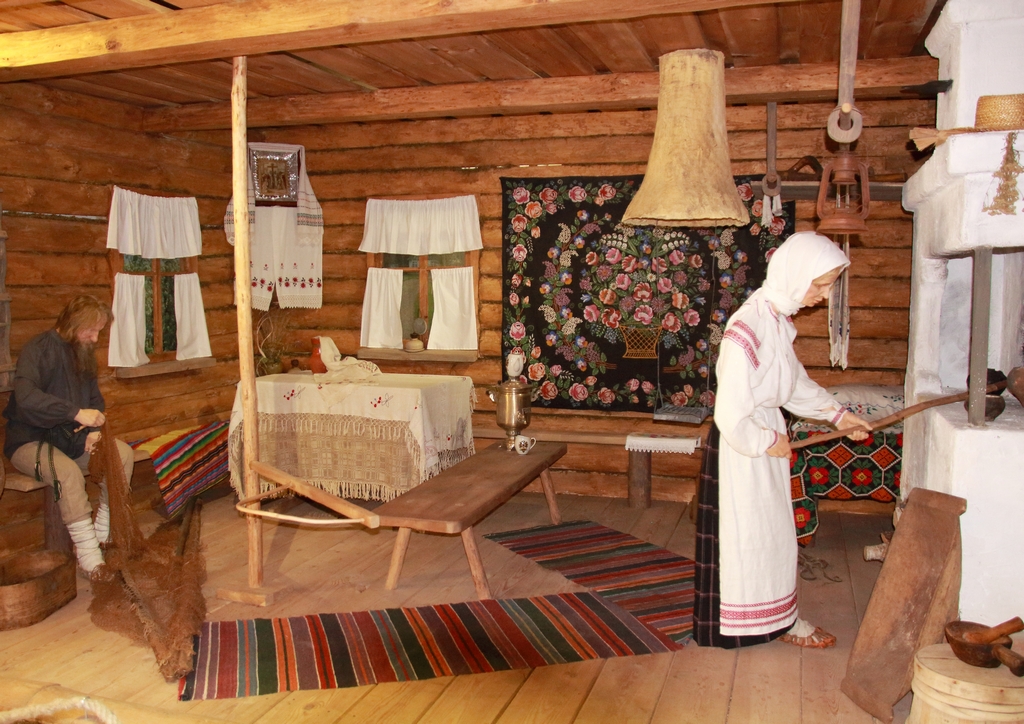 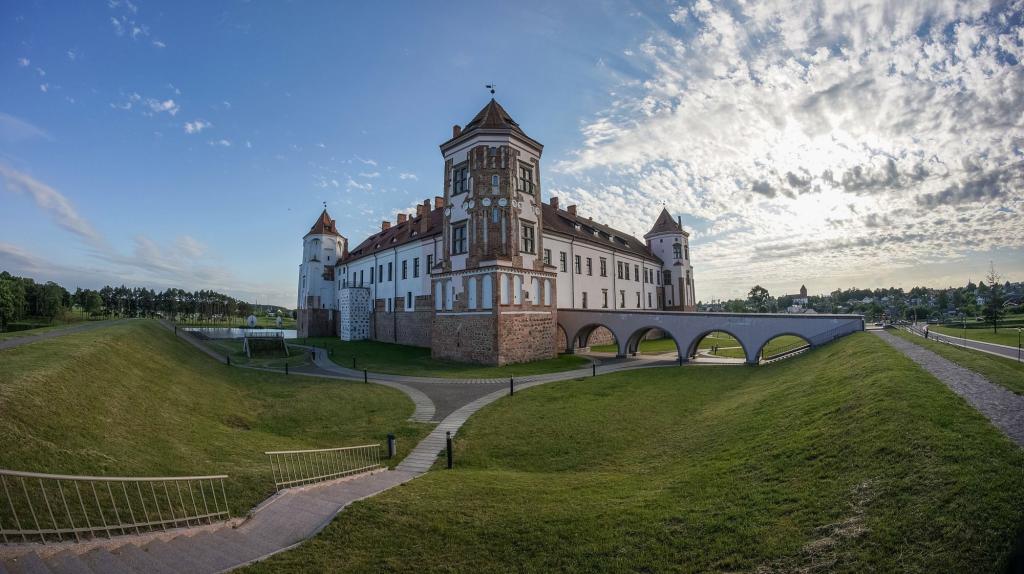 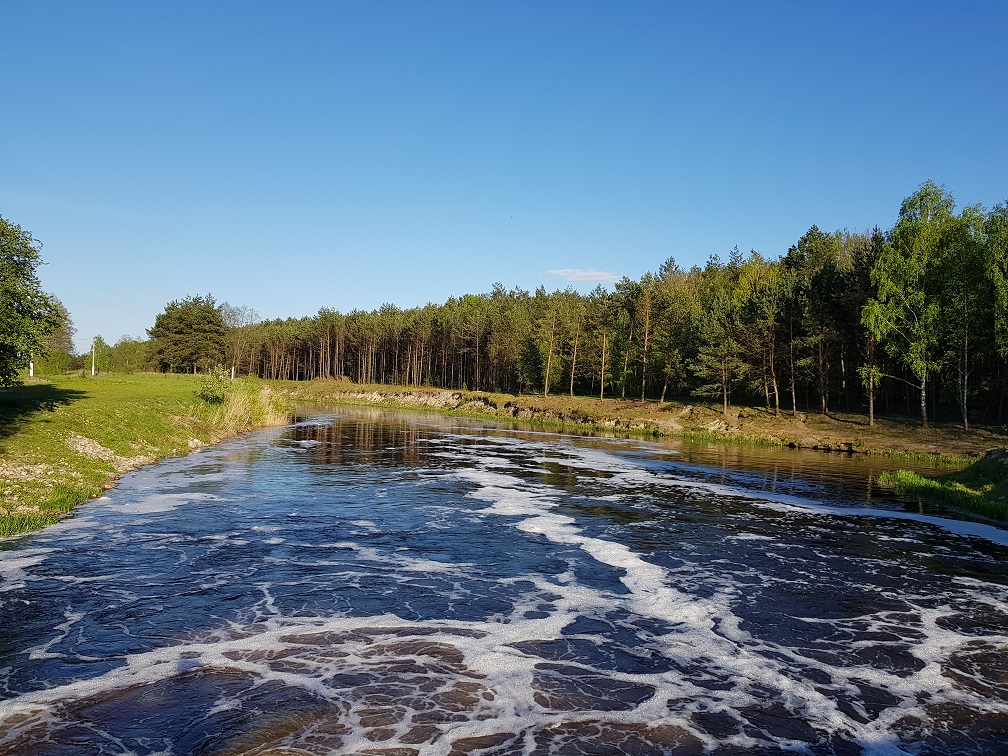 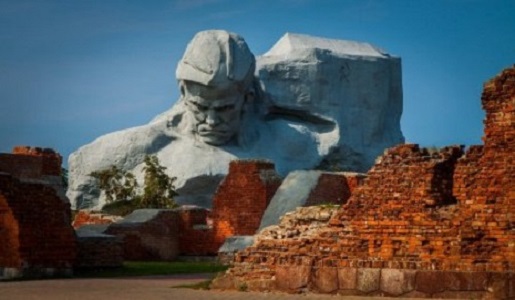 The price of a weekly visit depends on the month. Navigation starts in April and closes in October. That is, the ship manages to make about twenty cruises. In the spring and autumn months, the price is reduced. The minimum cost varies within thirty thousand rubles. In the high season, that is, the summer months, the price rises by five to seven thousand.

Given the large number of excursions to museums, eco-farms and enterprises selling natural products, it is worth taking a supply of Belarusian currency with you. You can exchange rubles at the station in Brest or at any branch of the bank. Have a nice trip!