Yaroslavl is one of the largest cities in the European part of Russia. In terms of population, it ranks third in the list of cities in the Central Federal District of the Russian Federation. It is located northeast of Moscow. It is an important railway and road transport hub. There is also an airport and a river port. The area of ​​the city is 205 square meters. km The climate of Yaroslavl is cool with enough rainfall. 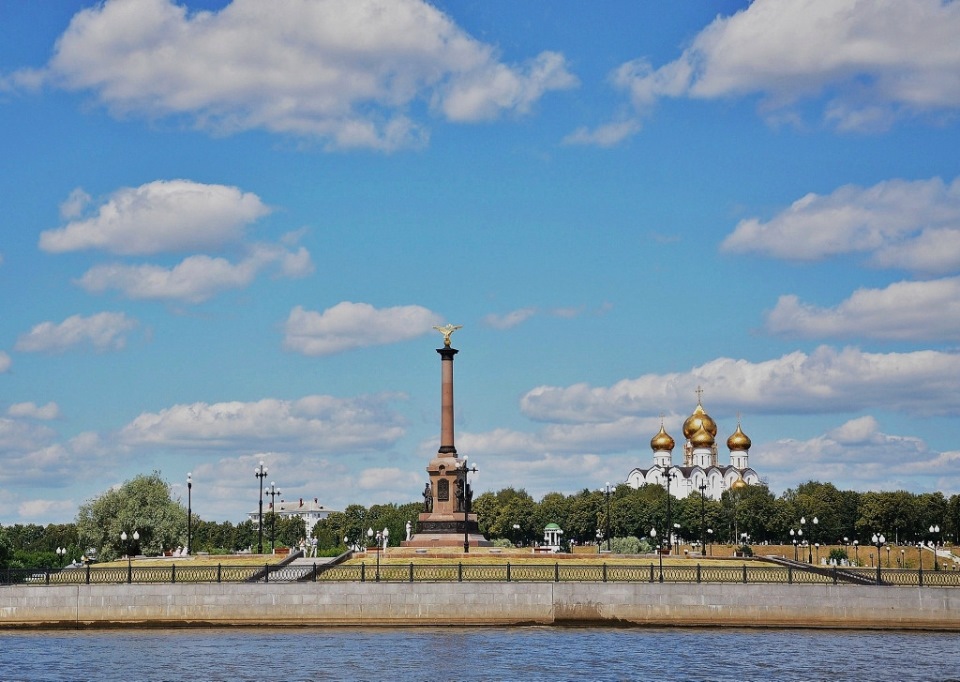 The city has a long history, being one of the first large Russian cities. He has already turned 1 thousand years old. 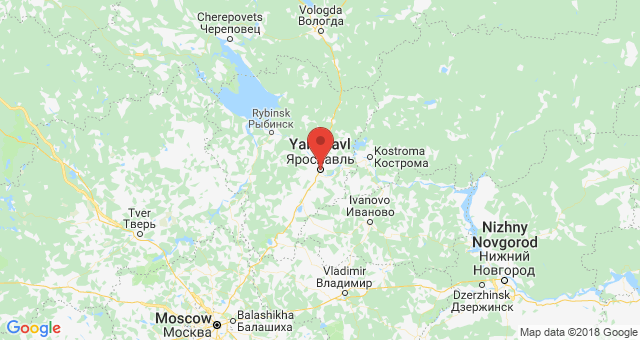 Yaroslavl is located on the Volga River, on the East European Plain. The distance to Moscow is 282 km. Altitude is about 100 meters. Time in Yaroslavl corresponds to Moscow time.

Yaroslavl is located on the banks of the Volga River, in the zone of mixed forests belonging to the category of temperate forest.

In climatic terms, Yaroslavl is similar to other cities in the central part of the European territory of Russia, but it also has its own characteristics associated with its relatively more northern location. The climate of Yaroslavl is moderately continental, cool, moderately humid. A great influence on the weather is provided by air masses from the Atlantic, which soften frosts and increase the amount of precipitation. The number of days with frost is quite large and is 150 per year.

Precipitation is very unevenly distributed throughout the year. Only 175 mm falls in the cold half-year, and 427 mm in the warm half-year. The total rainfall for the year is 591 mm. The wettest month is July (84 mm) and the driest month is March (26 mm). 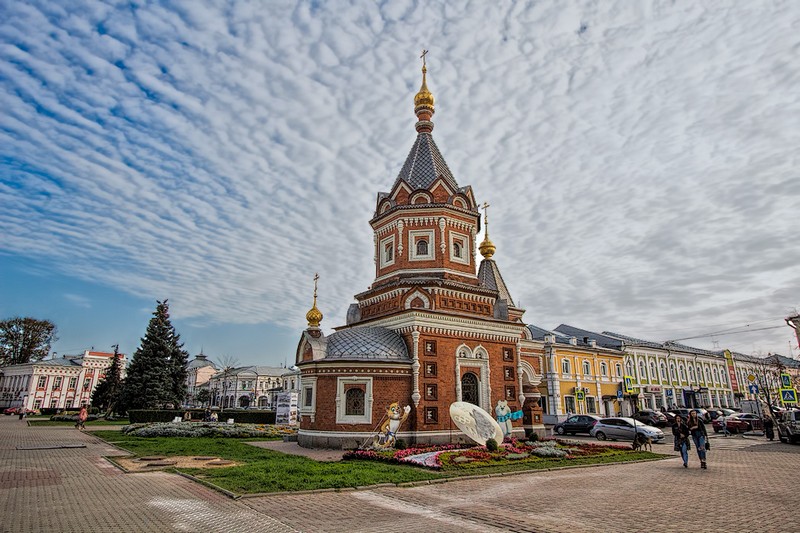 The duration of winter is 5 months or more. The amount of snow is moderate. The absolute minimum temperature is -46 degrees. However, forty degrees below zero are rare. Thaws are rare. The longest recorded in 1932. It lasted as long as 17 days.

The height of the snow cover from winter to winter is variable and varies from 20 to 70 cm, usually 35-50 cm. The formation of a stable snow cover is completed in the second half of November, and the number of days with it is 140.

Spring is cool. The amount of precipitation increases from March to May. In April, the average temperature is only +4 degrees. However, by the middle of this month, most of the snow is melting.

The summer is wet. The absolute maximum temperature is +37 ° C, but, as a rule, the weather is not hot. Heat waves are usually short-lived. Rains often fall in the form of showers with thunderstorms. About 7 thunderstorms and more happen in a month. 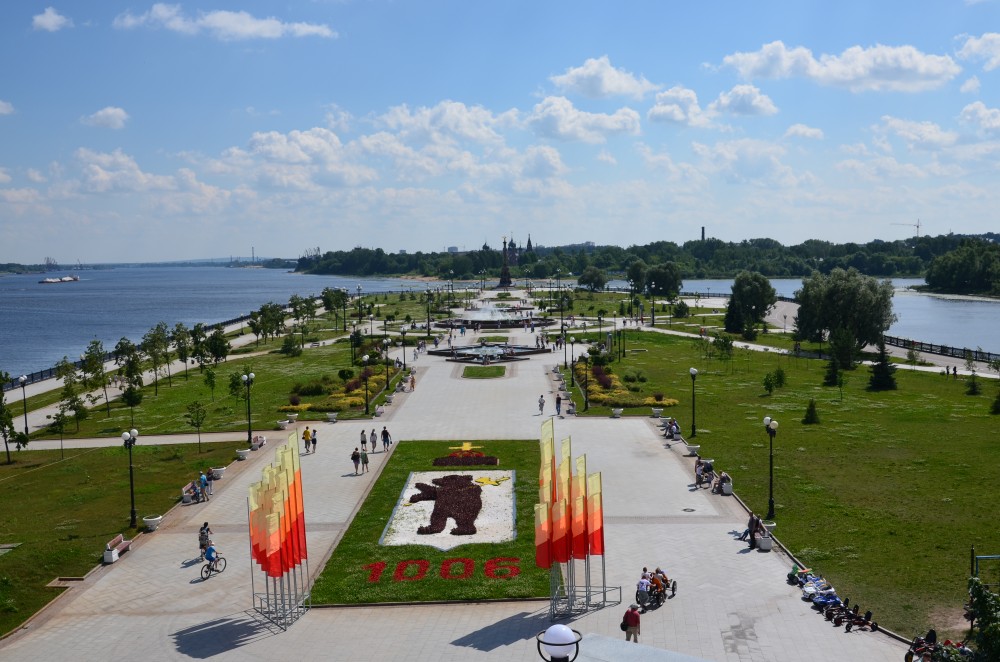 Autumn is wet and damp. Often there are long rains and fogs. Its beginning falls on the first days of September. However, in general, September is a rather warm month. Real autumn weather is set in October, when cloudy weather with rains and frosts prevails. By the end of this month, snow may already fall. In November, the weather is highly dependent on the specific year. Severe frosts and steady snow cover are already occurring this month. In other years, November is a continuation of autumn, with rains and mud.

Reviews about the climate in Yaroslavl are generally positive.

Like the climate, the ecology of Yaroslavl is not fully comfortable, but it cannot be called critical either. The city is a major center of industrial production, as well as an important transportation hub. All this causes significant pollution of air, water and soil. The main sources of pollution, in addition to transport, are oil refineries, a tire factory and a carbon black factory. The most important pollutants are benzpyrene and nitrogen dioxide. The water contains a high content of phenols.

The most environmentally unfavorable points of Yaroslavl are Tolbukhin Avenue and Red Square.

At the same time, Yaroslavl is a fairly green city with a large number of protected natural areas. 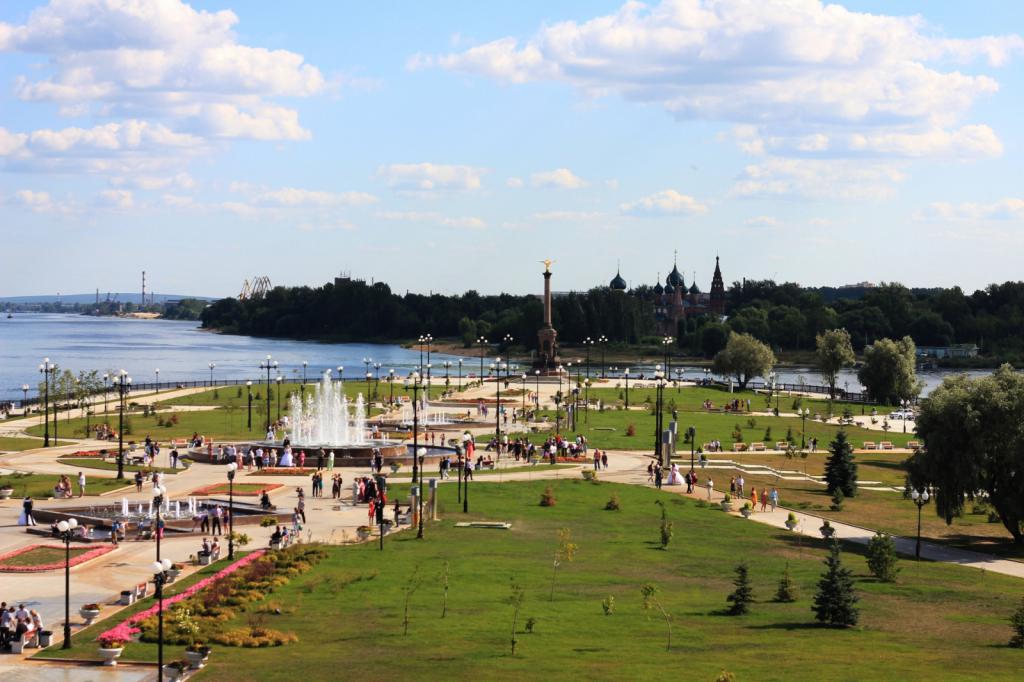 The city has hotels and 22 hotels. Business tourism is developing.

Yaroslavl is an important center of automobile, railway and water transport. The federal highway M8 (Moscow - Arkhangelsk) and other roads of federal and regional significance pass through the city. Several years ago, a bypass route was created, which allowed to reduce the number of traffic jams and air pollution.

The city has 2 railway stations. A large number of long-distance trains pass through it, and many suburban trains depart.

There is a river port and a river station. There are both voyages and cruise ships.

Inland transport consists of buses, trolleybuses, trams. The tram network has been operating since 1900. The number of tram lines and transportations has significantly decreased, while buses and minibuses serve an increasing number of passengers in the city.

Thus, the article answered the question of what climate is in Yaroslavl. Other important features of the city were also considered.