The outstanding Soviet basketball player Sergei Alexandrovich Belov did not stop at the player’s brilliant career. Leaving the site, he became an excellent coach, and then an energetic functionary, wrote a book of memoirs, based on which he shot the self-titled movie "The Way Up", which breaks box office records among domestic films. This outstanding athlete was devoted to basketball all his life, from school to the last day. Belov died at the age of 69, on October 3, 2013. 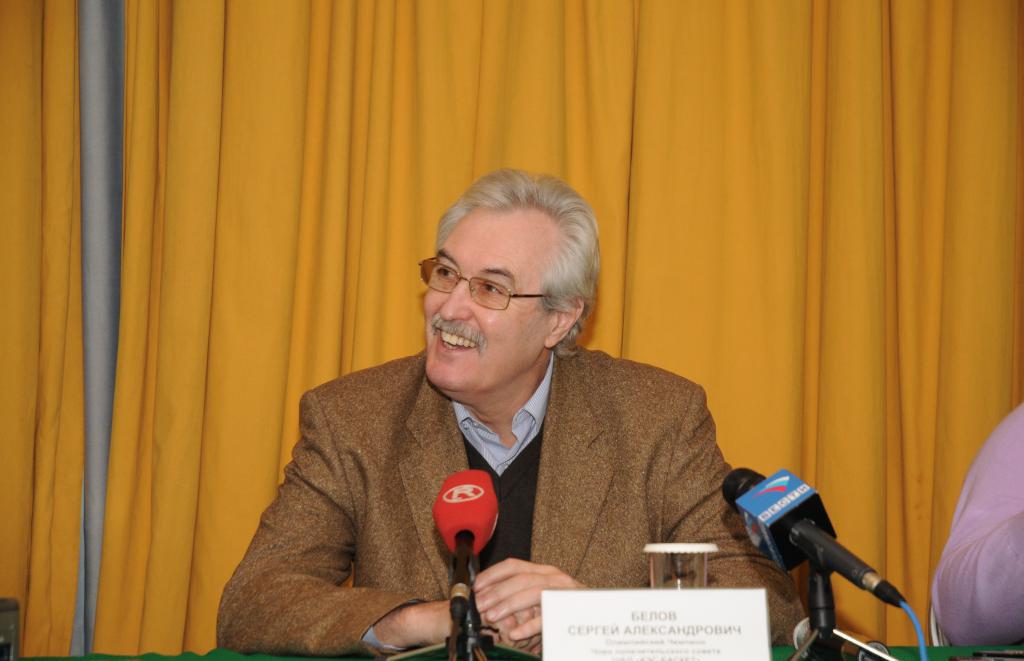 The future Olympic champion Sergei Alexandrovich Belov was born on January 23, 1944 in the Siberian village of Nashchekino (Tomsk Region). Sergei's parents were native Petersburgers from an intelligent environment: mother - a teacher-biologist; dad is a forestry engineer. With the outbreak of the war, they were forced to evacuate from their native Leningrad to Tomsk , where Sergey’s father returned after the war, getting a job in Nashchekino, and then a position in Tomsk, where the young athlete began to take his first serious steps in the sports field.

Sergey’s passion for sports is not accidental, an example for him was his father, who was an excellent skier and before the war became the champion of Leningrad. Sergey tried himself in a variety of forms: football, skiing, basketball, athletics, where at first he achieved notable success, once even breaking a youth regional high jump record. However, he was not accepted into the Siberian national team, but basketball coaches noticed a capable young man who played at Tomsk school competitions. Basketball was gradually crowding out other sports from his life, becoming a priority.

The beginning of a basketball career

Athletics lost a potential champion, but basketball acquired a great player. Sergey Aleksandrovich Belov started playing basketball more or less seriously rather late, only in the fifth grade. But thanks to his natural talent and physical data, he progressed rapidly. However, its rapid development and future successes are determined not only by talent, but also by other qualities.

The average height for basketball - 190 centimeters - Sergey compensated for the speed and deep, intuitive understanding of the game. Congenital abilities complemented by frenzied performance. Even as a celebrated champion, he continued to train hard. The weight of the barbell with which he crouched was not maintained by all the center ones, and the number of training throws was estimated at tens of thousands. In addition, Sergey Alexandrovich Belov possessed fighting and leadership qualities that helped him become not only one of the best basketball snipers in the world, but also be a key link in any team, wherever he performs.

Already in high school, Sergei’s talents were so obvious that he was taken in pencil by the coaches of the Sverdlovsk team of masters “Uralmash”. From the first steps in the big sport, Belov set the bar high. His career steadily went up, he quickly outgrew Uralmash, which he played for from 1964 to 1967, and put on the uniform of the capital's CSKA - the flagship of Soviet basketball. 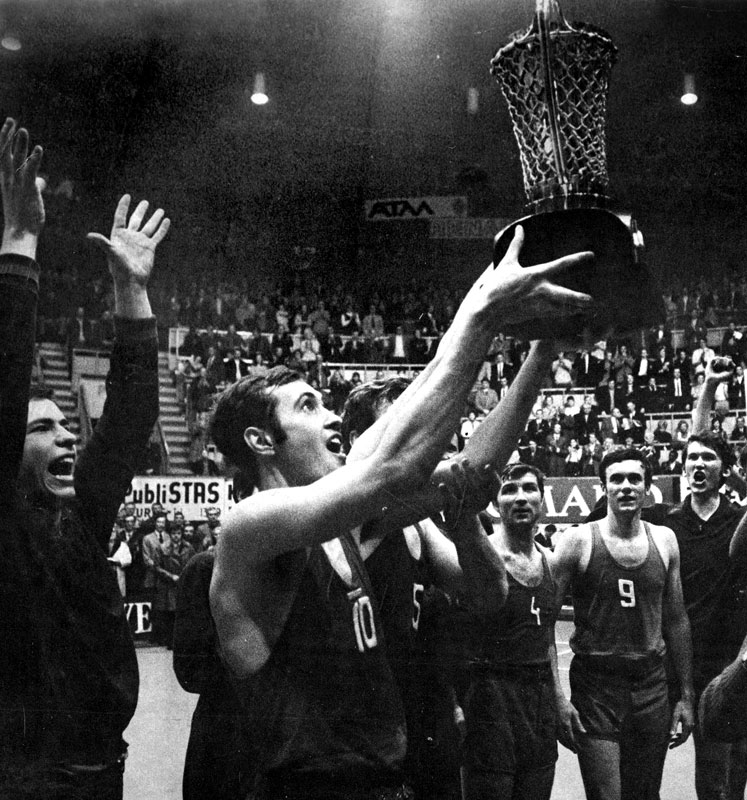 Sergey Alexandrovich Belov defended the colors of the army club until the end of his career, from 1967 to 1980. Over these incomplete thirteen years, he won many trophies with the club: eleven times became the champion of the Union, twice took the USSR Cup and twice - the cup of the club European Championship. Three victories in the RFSR championship, which Belov helped Uralmash to get, should be added to these achievements.

With his game for Uralmash, the young player earned not only a transfer to the best club in the country in 1967, but also a challenge to the national team. In it, from the very first days, he showed himself to be a skillful basketball player and beyond his years confident in his own abilities. Until the end of his glorious career, Sergei Alexandrovich Belov was the most important player and direct co-author of the victories of the USSR in international competitions.

Speaking for the national team, he took four gold, two silver and one bronze medals at the European Championships; won the Universiade; twice was a gold and once bronze and silver medalist in world championships; three times took third place at the Olympics, and in 1972 he won Olympic gold with the team.

The Olympic Games, held in Munich in 1972, became the highest triumph for Soviet basketball. At that time, an unshakable tradition had developed: in the Olympic finals, US basketball players invariably beat opponents from the Soviet Union. There was both a sports component and an ideological one. Because of the Cold War, the confrontation between the West and the USSR was manifested in all spheres of life, and especially in sports.

In addition, Soviet hockey players have long interrupted the hegemony of North American hockey, defeating overseas athletes both at the national team level and at the club level. The Americans came up with basketball and considered it a shame even a hint of a loss, and to give up to the Soviets was akin to a national catastrophe. The situation was even more confused by the fact that at the previous Olympics the usual alignment changed: the USSR team, unexpectedly losing to the Yugoslavs in the semifinals, took only bronze, casting doubt on their rightful place immediately after the Americans.

This time, the Soviet team did not misfire, confidently sorting out rivals on the way to the finals, where self-confident Americans were waiting for her. Our team consisted of basketball players who are in the juice itself, young, fast, ambitious, and most importantly - incredibly united among themselves. Belov Sergey Alexandrovich mentions this many times in his autobiography, assuring that it was the feeling of the elbow, mutual assistance and faith in each other that helped to accomplish a miracle - to defeat invincible Americans.

From the very beginning of the game, the Soviet team discouraged the US team with high speeds, frantic pace and accuracy of shots. The Americans, accustomed to a total advantage throughout the match, could not even really get close in the score, sometimes losing up to ten points. For two and a half minutes, the Soviet team comfortably led five points, but then a series of inexplicable losses and misses of our players followed, which became the prelude to the greatest basketball ending.

A few seconds before the end of the game, the USSR national team scored 49:48 and owned the ball. And then, as if spoken, Alexander Belov is ridiculously mistaken in a pass, he fouled on Collins who caught the ball, he scores two free throws, and three seconds before the end the Americans come forward on point. The layout for basketball is almost clear, but legendary miracles begin here.

The ball was introduced into the game three times from under the ring on half of the Soviet team. At first, the judges blew the whistle when it turned out that our team took a timeout, which neither the Americans nor the judges on the court heard about. The second time our players entered the ball, he unsuccessfully flew across the court to Alexander Belov and went out. The Americans and their fans in the stands danced, celebrating Olympic gold. Even the Soviet commentator stated our defeat. 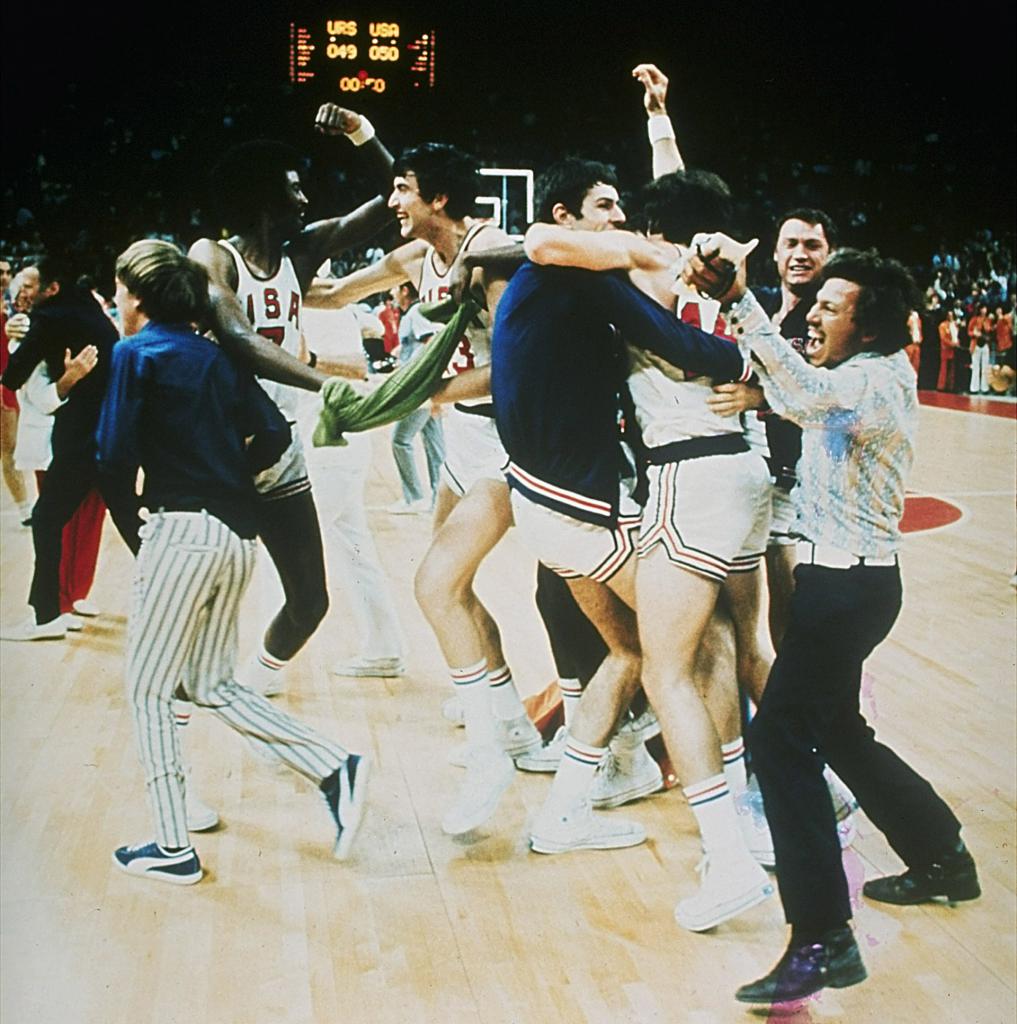 However, it turned out that the siren was a signal of an error in the countdown when entering the ball. After long bickering of the Americans with the judging table, it was decided to replay three seconds. The apotheosis of the game has come. As Sergey Alexandrovich Belov recalls, the players of both teams were statisticians who watched the two main characters: Edeshko, who made an accurate pass across the entire court, and Alexander Belov, who caught a difficult ball and sent it to the basket. 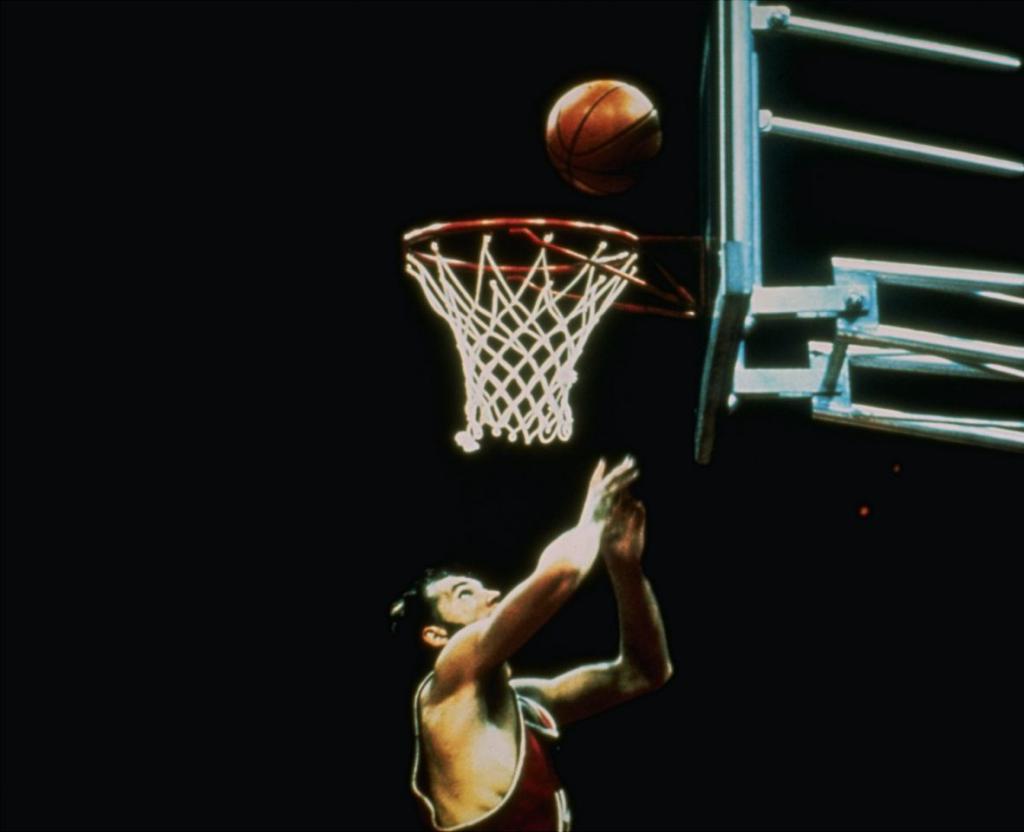 And then began the unbridled celebration of the historic victory of Soviet basketball over the almighty Americans, who could only argue in vain with the judges and grieve. 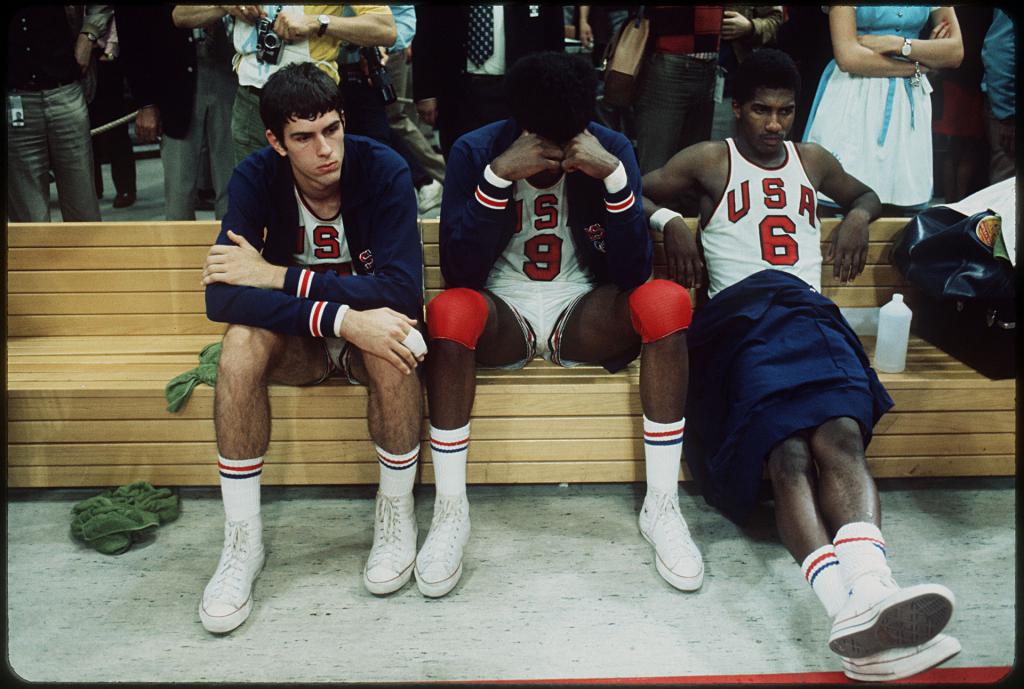 Sergey Belov in the final

This victory is usually associated with Alexander Belov, who scored only eight points in the match, but scored the decisive goal. People, especially those who are far from sports, often do not know about the contribution to the victory of Sergey Alexandrovich Belov, who scored 20 points out of 51 team. The US team was famous for its excellent defense, but in the final, it was almost powerless against our attacking defender.

Only in the first half of the game, the American coach released three guardians against him, but they all failed. Before the break, Sergey scored 12 points out of 26 total. In the end, his skill came to the aid of the team, when the Soviet players suddenly ceased to cope with the excitement and burden of responsibility, errors and penalties appeared. It was Sergei who scored one of the two penalties, making the score 49:48 and laying the foundation for a future victory. In the photo, Sergey Alexandrovich Belov is surrounded by American players, it is clear what dense custody he had to overcome in the finals in order to score points. 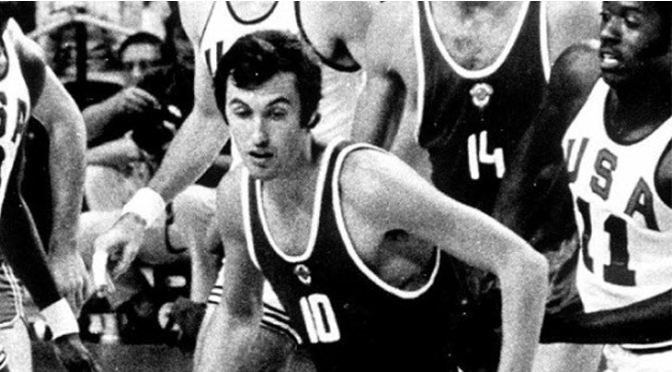 For the first time in the coaching career, Belov tried himself when he was still a young, but already authoritative player. In 1971, he was appointed playing coach of CSKA for an away game with the Italian “Injus” due to the fact that the army coach Gomel was considered not to travel abroad. The coaching debut went well, CSKA defeated the opponent (69:53), and the playing coach scored 24 points.

According to the biography of the basketball player, Sergei Belov, after completing his career, was an army club coach in the seasons 82-83 and 88-89, both times leading the wards to the national championship and cup. From 1990 to 1993 he coached the Italian club "Cassino". Since the fall of 1993, Belov has combined the positions of President of the RBF (Basketball Federation of the Russian Federation) and the post of coach of the Russian national team. Twice under his leadership, the team became the second at the world championships, only slightly inferior to the Americans.

Since 1999, he has been assigned to the Perm Ural Great coaching bridge, with which he has won two championships and two second places in the Russian championship, and won the North European League. In 2006 he became president of the club, held this position until 2008.

He was the first basketball player to be honored to light the Olympic flame, this happened at the Luzhniki Stadium in 1980. 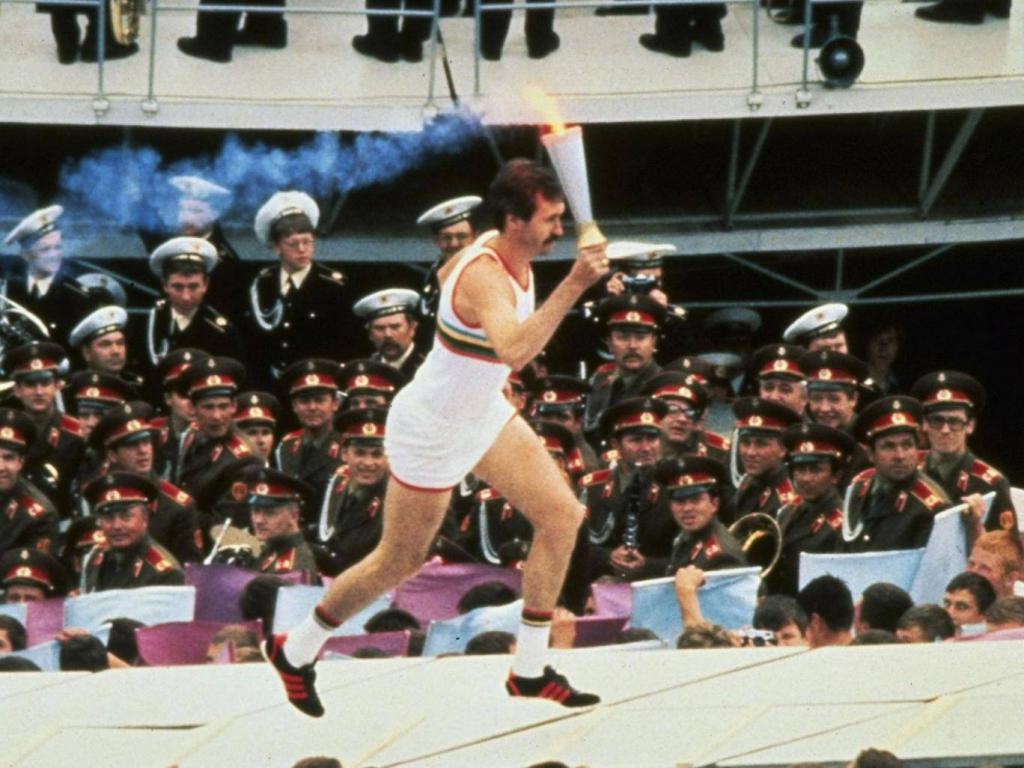 The first non-American basketball player to be inducted into the NBA Hall of Fame (1992).

Since 1971, the youth All-Russian tournament named after basketball player Sergei Alexandrovich Belov has been held in Tomsk. Photo athlete is a symbol of this most massive basketball competition for young men in Russia.