How to make a paper funnel yourself

Sometimes there are cases when a funnel is urgently needed to pour sugar, cereal or pour the input into a container with a narrow neck. But it’s not at hand. Not everyone in the household has such a useful thing. How to be? That's how. In our material we will tell you how to make a funnel from paper of any density. 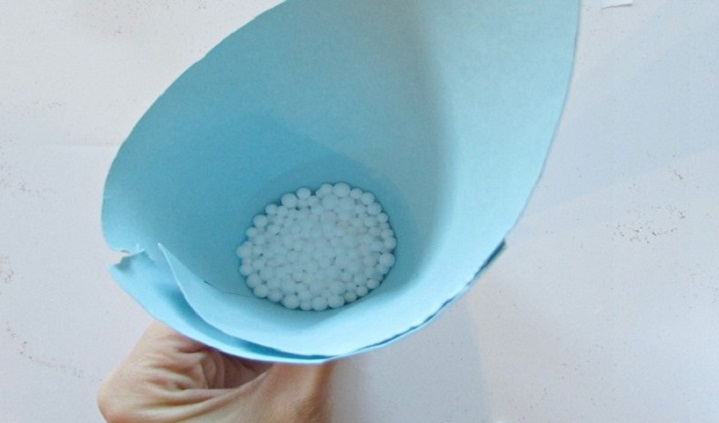 No tools are needed to make a quick funnel. Just take a sheet of paper and fold it diagonally so that the edge of the short side of the rectangle (and the sheet of paper is just a rectangle, not a square) coincides with the edge of the long side. The result was a right triangle. Press the diagonal on the bend so that our workpiece does not unfold, and continue the process.

Now we need to fold the resulting workpiece again in the same manner as before, only now we bend the upper side of the triangle onto ourselves, the one that represents the first bend. Again, compare the edges from the bottom. The result was a sharp triangle, one of the short sides of which is an unevenly protruding edge. It's okay, it will not affect the manipulations with water or loose ones that we will pour / pour over the future funnel.

But it just turned out to be some strange cone, and we were interested in how to make a funnel out of paper with our own hands. Good news. This cone is already a potential funnel. It remains only to tear off a small corner from the sharp end and, taking in the hand a cone, bend one side of it from a single paper.

Squeezing the product a little and looking inside, you will see that this is a funnel with a hole at the narrow end. Yes, it is imperfect, one side is too thick, the other is too thin, but that's okay. For one-time use it is enough. Although to some it may seem too narrow. For such, there is the following section. 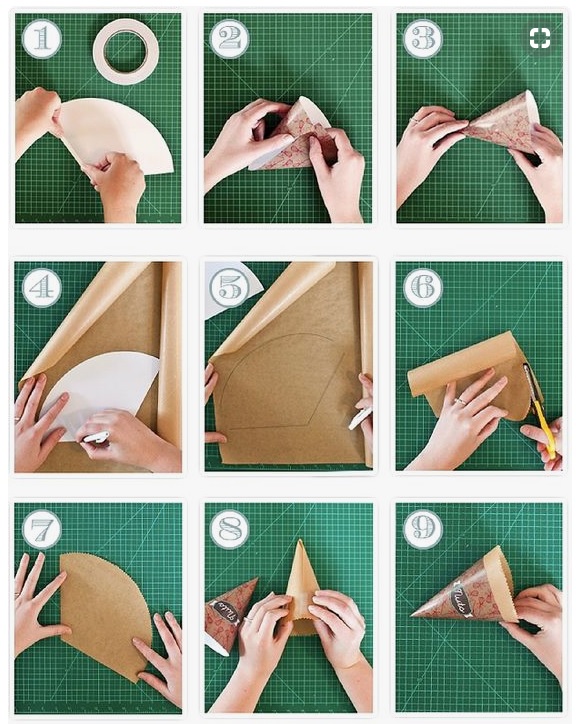 Just fold the sheet in half. Then we fold the resulting quadrangle again. We tear off the tip of the corner on a blind bend and straighten the cone so that one side of it is three sheets and the other one. Done, you made a funnel with a wider neck out of paper with your own hands. Enough to use it once.

Do you like sunflower seeds? In the past, grannies constantly sold seeds in glasses, and containers were prepared for them - paper bags. These are potential funnels. And even in those days when cellophane had not yet reached such an extent for widespread use, sellers made paper bags in stores in which they packed everything from sugar and cereals to sweets and cookies. How to make a funnel of this type out of paper? 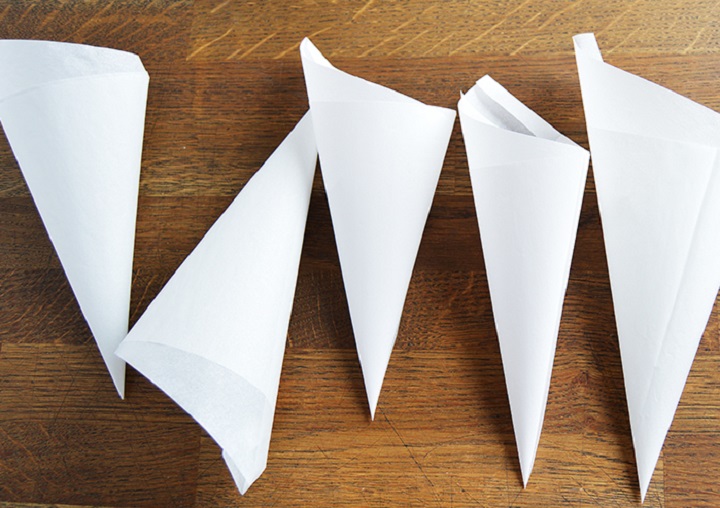 We put in front of us a sheet of paper with the long side towards us. We position it so that its edge coincides with the edge of the countertop. To the right side of the long side of the sheet located to us, glue a piece of tape so that half of the piece sticks out over the edge. We take the thumb and forefinger over the sticking edge of the tape and begin to wrap the sheet around the arm. When the cone turned out, we glue to the inside of it a piece of tape that is sandwiched between our fingers. To do this most effectively, we press this part of the cone to the table.

All. It remains only to glue to the outside of the bag the other end of the paper, which strives to turn around. The cone is ready. We tear off its sharp tip - and the funnel is ready. Let it be disposable, but it does not need to be held so that it does not turn around.

I would like to hope that our peculiar “master class” on how to make a funnel out of paper will be useful to you. Of course, these are not all options, but only the simplest and fastest. Some went even further and invented a way to make a funnel with handles out of paper. You can learn about him from the following video: 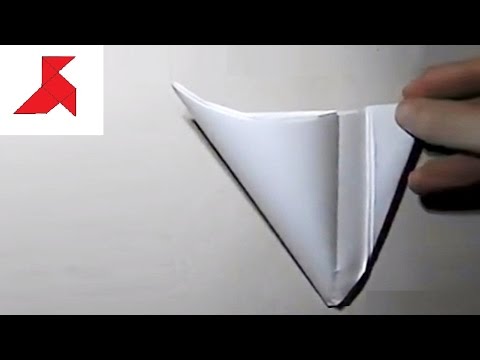 Using cardboard instead of paper and resorting to glue, scotch tape and scissors, you can make even more perfect and even reusable funnels. But about this some other time.