Climate of the Sverdlovsk region: description, characteristics and features

The generalized average statistics of weather changes over a multi-year period are called climate. It represents the regular repeatability of certain types of weather, which is distinguished by certain parameters of averaged climatic indications.

Location of the area

Sverdlovsk region is located in Eurasia, in the central part of the mainland. Its position on the continent, as well as its distance from the Atlantic Ocean and other seas, have an impact on climate formation. The area is located between 56 and 62 degrees north latitude. It is located in the middle latitudes, in the temperate zone. This area is characterized by excessive moisture, which sets the tone for the nature of the region.

Most of it is located in the taiga zone. Forest-steppe landscapes prevail only in the south-eastern part of the Sverdlovsk region. Altitudinal changes in climatic conditions are characteristic of mountainous areas. In the region of the Ural Mountains, there is a high-altitude change in the land cover and wildlife from the mountain taiga to the tundra.

To a large extent, the weather in the Sverdlovsk region is determined by the transfer of air masses coming from the Atlantic Ocean, as well as the impact of dry air layers that come from the Kazakh steppes. Not the least role is played by cold air from the Arctic region.

The role of the Ural Mountains

The Ural mountains (ridge) do not differ in height, however, they are still a barrier on the routes of air masses from the West. This is a natural barrier to airflows that travel from west to east of Eurasia. Mountains affect the direction of movement of anticyclones and cyclones, significantly slowing down their movement.

However, there are no obstacles to the movement of air flows from south to north, as well as from north to south. This factor, as well as the specific terrain of the Sverdlovsk region, lead to the fact that it becomes open for penetration of arctic air and invasion from the south of warm air masses from the deserts of Central Asia.

The air that breaks into the Sverdlovsk region from the Arctic has a severe impact on winters. At the same time, flows going from Kazakhstan in the winter bring warming. In the summer, they lead to a significant increase in temperature.

The above also explains the fact that weather anomalies are periodically formed in the Sverdlovsk Region:

The temperature distribution in the Sverdlovsk region is directly dependent on solar radiation, terrain and atmospheric circulation. The study of mid-winter isotherms (January) demonstrates that the air masses coming from the West mainly influence the level of winter temperatures. They maintain temperatures in the east and northeast of the region in the range from minus 16 to minus 19 degrees Celsius.

The isothermal readings of mid-summer (July) are dependent on solar radiation. The highest temperature in the Sverdlovsk region in the southeast is about 18 degrees Celsius. In the northern regions - about 17 degrees Celsius.

In the foothill areas of the Sverdlovsk region, the temperature in the middle of summer is from 10 to 17 degrees Celsius. In winter, especially cold air stagnates in mountain basins, on average 7-10 degrees lower than the temperature above in the mountains.

The distribution of precipitation in the Sverdlovsk region is responsible for the air circulation of the masses, the relief, and also the ambient temperature. The region owes heavy rainfall to the action of cyclones that move from the west. In the middle Urals and in the western foothills, their annual level is 600 mm. For comparison, on the opposite, eastern slopes of the Ural Range, it is 450 mm - 500 mm. In the plains and in the southern regions, the rainfall is about 400 mm. 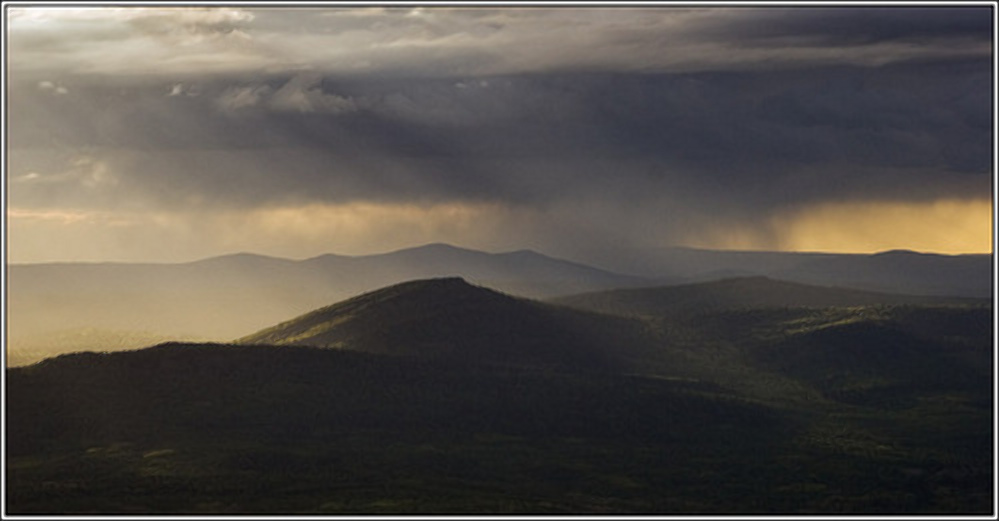 The mountains of the Urals, as well as the relatively low elevations of the mountain range in the south, play a barrier role, creating a barrier. Most precipitation falls on the slopes. The eastern part of the Sverdlovsk region undergoes frequent exposure to dry air masses - the hot air of Central Asia.

In the southeast in the Sverdlovsk region, the snow cover is approximately 150-160 days. About 170-180 days, snow covers the land in the north of the region. In mountainous areas, it can persist for up to 190 days.

The climate in the Sverdlovsk region is considered excess humid. The humidification coefficient throughout its territory is about 1.5. In the foothill and mountainous regions of the region it is even higher.

Hydrology of the Sverdlovsk region and climate are closely related. Its main water resources originate in the mountains of the Urals. These are current from the western slope of the river - Sylva, Chusovaya, Ufa. They are directly related to the Volga river basin. The rivers descending from the eastern side of the Urals - Turan, Pyshma, Iset - the rivers of the Ob basin. 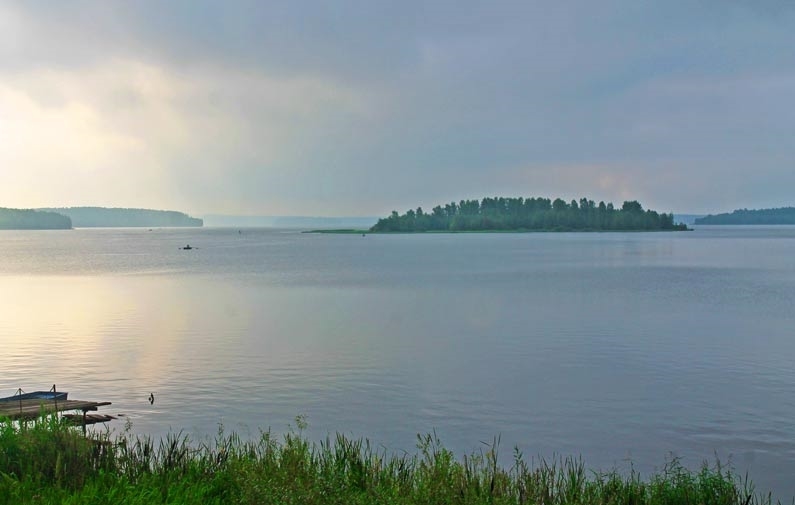 Basically, water arteries feed on snow cover. To some extent, groundwater and rain are responsible for their filling.

The rivers of the Sverdlovsk region are widely used for industrial purposes. Virtually everyone has created artificial large ponds, backwaters. Rivers abound with artificial dams.

Cities were built near large man-made ponds. All these processes led to climate change due to changes in the state of rivers. So, at the dams, the water does not freeze. There is no spring ice drift.

They have an impact on the climate characteristics of the Sverdlovsk region and the created reservoirs designed to provide cities with water. These include:

Other bodies of water also have a certain impact on the climate of the Sverdlovsk region. So, in the region there are several thousand lakes with various areas.

To characterize the climate of the Sverdlovsk region, the state of the plant world is also important. The main wealth of the region is forests (taiga), which occupy almost 60% of the regional area. They are extremely important from the point of view of water protection and soil protection, which, in turn, is directly related to rainfall and ambient temperature. 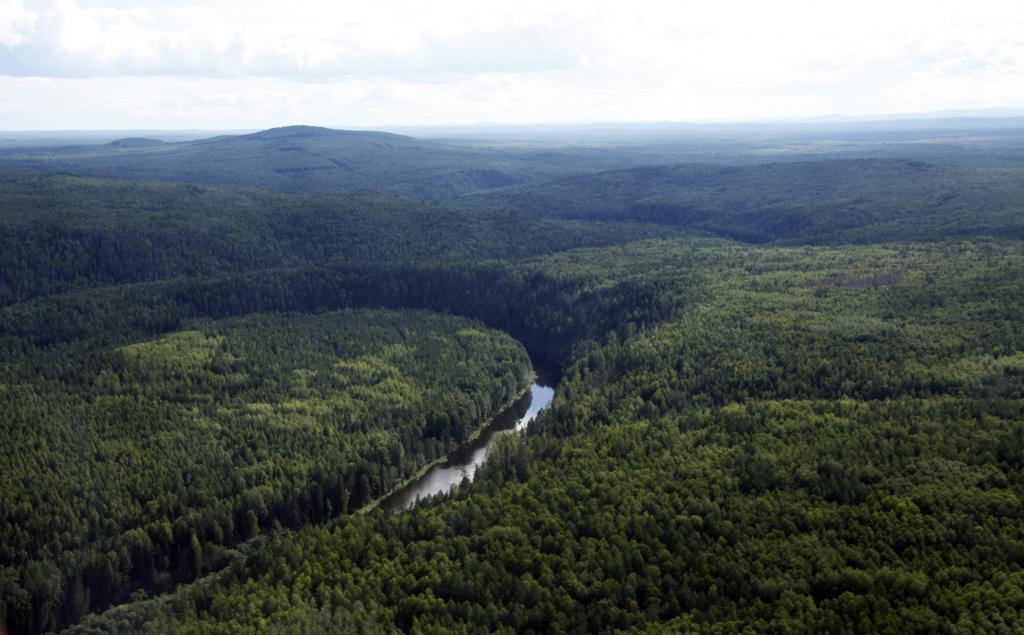 The main composition of forests is pines. They make up more than 40% of all forest areas. On the eastern slope of the Ural Range, pine forests began to form even at the onset of the last postglacial period and exist for more than 10,000 years.

It must be noted that due to damage to coniferous forests, logging and the use of wood for other household needs, there was a significant reduction in the area of ​​forest areas. A significant part of the forest land was transferred to agricultural land. Over the past 300 years, virtually all the forests of the Sverdlovsk Region have undergone through-cutting. Sometimes two to three times in one area. This led to the fact that in many places, mainly around settlements and cities, coniferous forests in their mass ceased to exist. They were replaced by deciduous, consisting of birches, aspen, etc.

Currently, serious concerns are caused by the state of the atmosphere and its effect on the weather in the Sverdlovsk region. At the end of the 20th century, in the nineties, annual emissions of harmful substances into the atmosphere amounted to about 2.8 million tons. Despite the fact that their number is decreasing (in 1995 - 1.5 million tons, in 2006 - 1.25 million tons), the concentration remains at a dangerous level.

The main causes of large harmful emissions into the atmosphere are: imperfection of technological processes; poor equipment of plants and enterprises with air purification plants; low work efficiency available.

From year to year, an increase in the amount of harmful substances entering the atmosphere from vehicles is recorded. The number of cars in Yekaterinburg, cities and towns of the region is increasing every year. Cars annually burn a huge amount of gasoline and diesel. In this case, huge volumes of oxygen are destroyed. The atmosphere absorbs combustion products, among which the main components are carbon dioxide, lead, benzopyrene, nitric oxide, etc.

Experts say that only in the regional center of Yekaterinburg about 70% of harmful substances in the air are generated exclusively by vehicles.

All this leads to negative anthropogenic impacts not only on the soil and climate of the Middle Urals and Sverdlovsk region, but also on their biosphere and human health.