A few pluses in favor of fish posture

According to popular belief, hatha yoga has about 84,000 different asanas - postures for a variety of effects on the human body. Some of them seem simple in appearance, others are striking in their intricacy. The full pose of fish in yoga is considered an average asana - not too complicated at first glance, but quite powerful if you focus your attention deep into yourself and observe your inner sensations.

Why does asana have such a name?

In Sanskrit, this posture is called "matsyasana" - from the word "matsya", which means fish. If you look at the photo of yogis in a fish pose, it is initially completely incomprehensible why they called it that, but upon closer examination (especially from above), it becomes clear: the body really resembles classical images of fish. 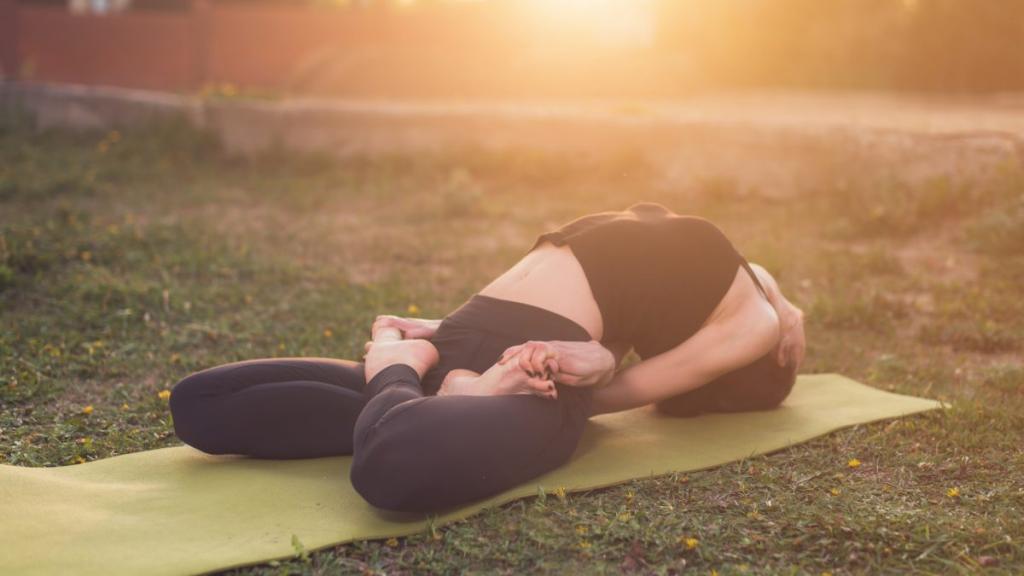 The legs, intertwined in the Lotus position, form the tail, the bend of the spine is the flexible body of the fish, and the position of the arms is the fins. Moreover, the smooth bending of the body allows you to achieve the "fluidity" of the fish body, which is very important in the process of yoga practice.

How to rebuild Matsyasana?

In order to correctly perform the fish pose, you need to do step-by-step actions:

Remain in the asana for at least ten breaths, gradually bringing the time spent to three minutes. It is important to try to breathe deeply deeply, carefully opening the ribs. You can return to the starting position in the same way: lean on your elbows, raising your head above the floor, then in the palm of your hand and lean forward slightly to compensate for the deflection.

If a practitioner does not have sufficient mobility of the leg joints to perform a fish pose, then he can use the light version: just cross his legs (in everyday life, this is called “Turkish”) and, bending the body, put his hands under his head, removing the strain on the neck . It happens that even this arrangement of legs brings great discomfort due to overly spasmodic small muscles, so it is possible to perform Matsyasana with straight legs in the first stages of practice, paying more attention to the bending of the spinal column.

If the problem is deflection, then the simplest option can be performed: use a large roller from a folded blanket, which should be placed under the middle part of the back. This will allow the body to relax more and maintain position for the required amount of time. During the execution of this version of the posture, special attention should be paid to the position of the neck: it should not break excessively from a deep deflection, because in this way you can squeeze blood vessels in the cervical spine and provoke a headache.

The benefits of fish posture

In yoga there are no meaningless actions and unnecessary poses, sometimes each asana works out several aspects of the human body at once. Matsyasana is no exception:

And most importantly: the fish pose ideally stimulates the thyroid gland, on the work of which depends not only metabolism, but also immunity and the harmonious interaction of all body systems.

What is important to know

Like all positions, exercises and asanas, the fish posture also has its own nuances: for example, with a hernia of the spine, it is necessary to make the simplest posture options, making sure that there is no excessive load. Matsyasana is contraindicated for people suffering from hyperthyroidism, as well as for those who have problems with the vessels of the brain. Migraine, high blood pressure and pregnancy (from the second semester) are also contraindications for performing fish posture.