The monetary reform of 1535 is one of the most important events in the history of medieval Russia. It was carried out under Ivan IV Vasilievich (Grozny), with the direct participation of his mother - Princess Elena Glinsky. As a result of this reform, the state launched the issuance of banknotes of a single type. That is why coins from the times of Ivan the Terrible should be present in the collection of any self-respecting numismatist. They will be discussed in our article.

Sovereign Ivan IV Vasilievich had many nicknames - Titus, Smaragd, Jonah, Terrible. The last of these names has gone down in history. But not because of the horror and bloodthirstiness of his character, as many believe. Indeed, in the Russian tradition of that time, the word “formidable” was first of all identified with the epithet “fair”.

Ivan the Terrible became the first king of all Russia (since 1547), formally he ruled the state from 1533. Thus, he was at the head of the Russian state longer than anyone else in history - 50 years and 105 days. 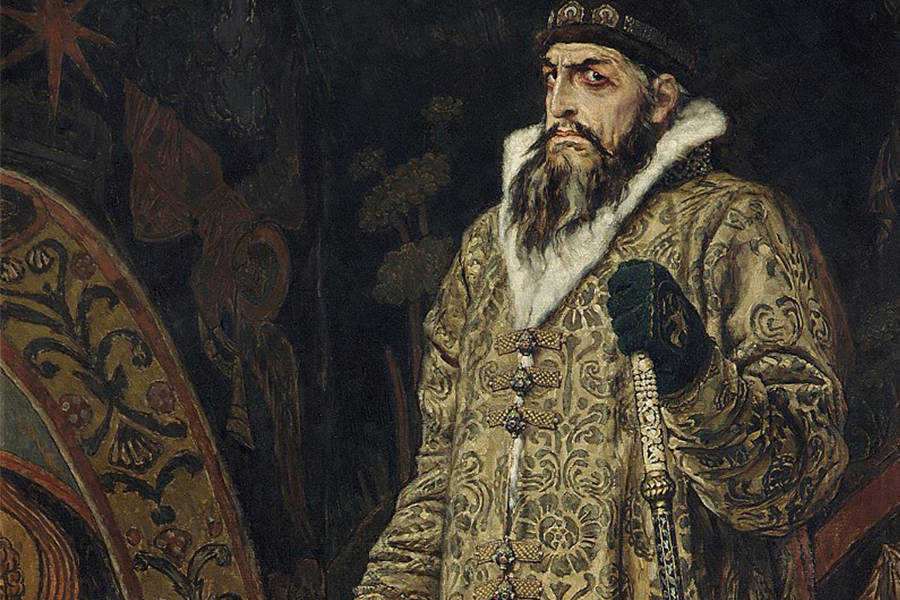 In Russian historiography, the person of Ivan the Terrible is assessed ambiguously. Nevertheless, it was under him that a number of important reforms were carried out (in particular, monetary and judicial). It was his army that established control over Kazan and Astrakhan, annexed Western Siberia, Bashkiria and other lands. However, the second half of his reign was overshadowed by the introduction of the oprichnina and defeats in the Livonian War.

The monetary reform of 1535 and its results

At the beginning of the 16th century, a real financial crisis erupted in Russia. Its essence was that the coins began to be accepted not at their face value, but "by weight". In addition, cases of spoilage and falsification of money significantly increased.

The reform of 1535-1538 brought out of circulation all the old-style coins, including circumcised and damaged ones. To replace them came a new banknote - a penny or "Novgorod". This silver coin for many years has become the main unit of account in the state.

By the way, there are two theories regarding the genesis of its name. According to the first, the word “penny” comes from the verb “save”. The second theory is related to the image of a rider with a spear on a coin. One way or another, the name of this currency is still used in our country (and not only in ours).

Silver coins of Ivan the Terrible became the generally accepted equivalent of one hundredth of the ruble. By the way, it is with this historical period that the emergence of the popular proverb “A penny saves the ruble” is associated. It is surprisingly consonant in its content with the English dictum “Take care of the penny! After all, the pounds take care of themselves. ”

Coins of Ivan the Terrible: photos and main varieties

All banknotes of a given time period are usually divided into three groups: 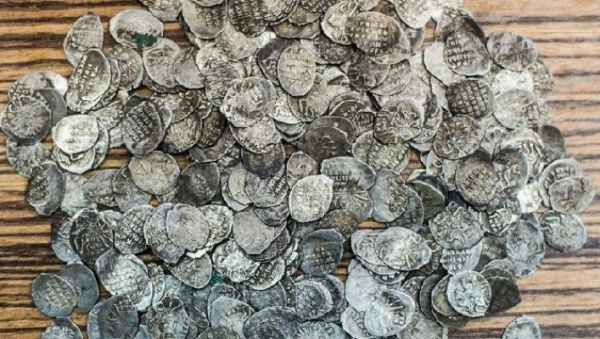 As a result of Ivan the Terrible's monetary reform, coins were brought to a common standard. They were minted at the mints of four Russian cities at once - Novgorod, Pskov, Tver and Moscow. So, the following varieties appeared in circulation:

On the obverse of a penny most often depicted a horseman with a long spear (sometimes a rider with a sword). On the reverse side of such a coin was inscribed "Prince the Great." Under Ivan Vasilyevich, all kopecks were minted exclusively from silver. They were in circulation until the period of the first Romanovs.

Half a penny (or dengue) is the most common coin of the tsarist times of Ivan the Terrible. On the money you can find several different inscriptions at once: “Tverskaya Denga”, “Pulo of Moscow” or “Ospodar”. On the front side of the half depicted a two-headed eagle - the main symbol of Russian statehood.

Coins issued in the years 1533-1534 are presented in two main versions, which differ from each other in the weapons of the horseman depicted. It can be either a spear or a saber placed above the head. In any case, pre-reform coins are rare, and therefore their prices are relatively high.

It is curious that for the manufacture of these coins, as a rule, imported silver was used (due to the lack of own reserves of this metal). According to historians, European thalers were melted for these purposes. Moreover, the melt was purified to a very high 960th sample. The coins were not very beautiful and neat, so they were nicknamed "scales" by the people.

A distinctive feature of the pre-reform coins of Ivan the Terrible is its inconsistent weight (range from 0.36 to 0.45 grams).

The reform of Elena Glinsky provided for a change in the weight of all existing coins in the direction of decline. That is, in modern terms, the currency devalued. At the same time, the Russian currency lost about 15% in value. Nevertheless, a single monetary system has contributed to strengthening the financial strength of the state. 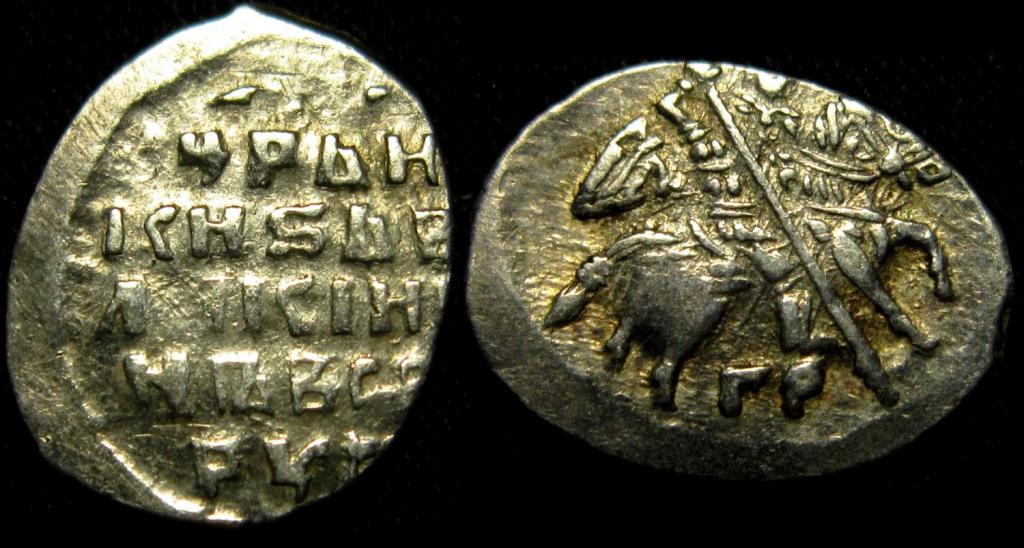 A curious instance of this time period is the so-called “nameless kopek” weighing 0.68 g. Here, first of all, the inscription on the reverse of the coin: “KNZ GREAT GDR ALL ALL RUSSIA” attracts attention. So, some words from it did not fit line by line. Therefore, the letter “I” moved down to the next line to the word “GDR”. At the same time, the letter “D” in it for some reason is more similar to “O”. As a result, a completely inappropriate name “Igor” is obtained. That is the name of this coin among numismatists.

Coins of Ivan the Terrible during his reign

The coronation of Ivan Vasilievich took place in 1547. This event meant the inevitability of designation in monetary units of the new title of sovereign. Thus, on all coins issued after 1547, we see a laconic inscription "KING". 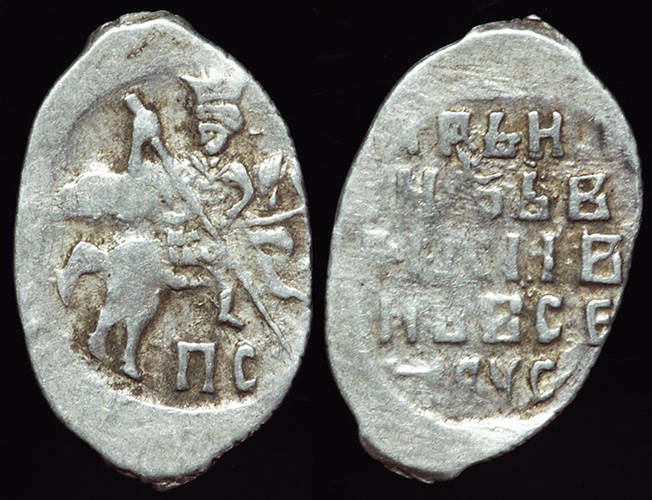 One of the rarest coins of this period is the Novgorodian kopek with the initials GA under the rider. By the way, if you carefully consider numismatic catalogs, you can make one curious conclusion: the figure of the rider is noticeably different in different instances. So, on the same "pennies" the beard of the sovereign can differ significantly in its density. Numismatists counted at least a dozen different variations of the Novgorod coins of this period.

You can learn more about Ivan the Terrible's coins from the following video: 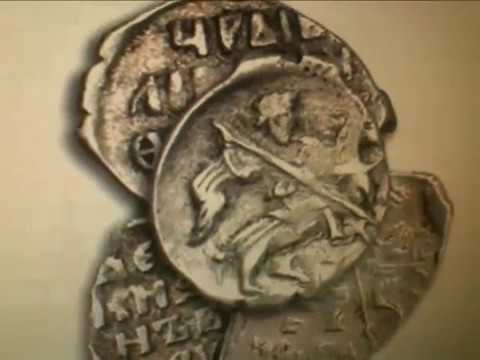 If you plan to seriously engage in collecting these banknotes, we recommend that you get one of the existing thematic catalogs. The coins of Ivan the Terrible, for example, are superbly presented in the numismatic catalog of I.V. Grishin and V.N. Kleshchinov. In it, in particular, the degree of occurrence of a particular coin is noted, which will help you determine how valuable a particular instance is.

The average cost of most of the coins of Ivan the Terrible varies from 120 to 700 rubles (depending on the condition and degree of preservation). But there are more expensive specimens. 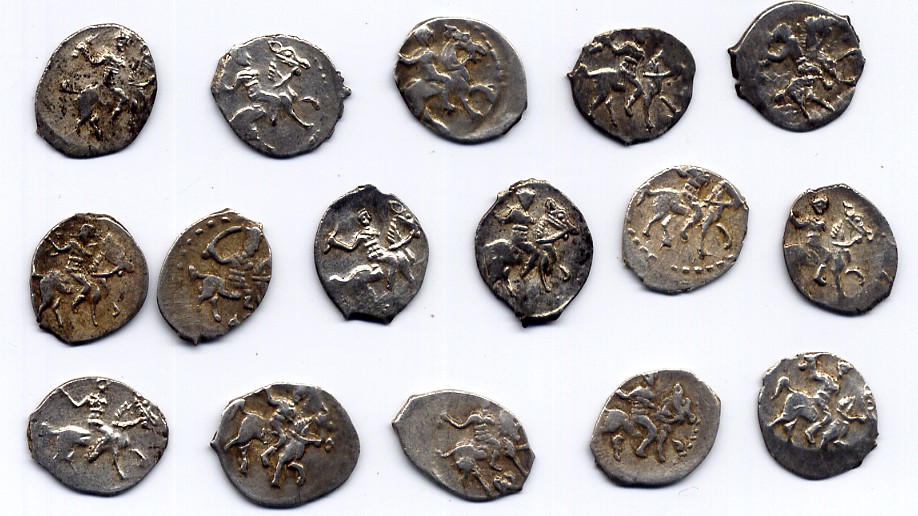 So, for example, the polushki issued at the Pskov Mint are highly valued. The collection value of one such coin today reaches 30 thousand rubles. No less dengue minted in Tver - about 20 thousand rubles. But the most expensive coin of this period is considered to be a penny depicting a spear-bearer and the inscription "Tsar and Grand Duke", issued in Pskov or Novgorod. Today it is extremely rare and costs about 70,000 rubles.