In the eighties of the last century, Erickson’s hypnosis created by American hypnotherapist Milton Erickson received well-deserved recognition by psychotherapists around the world . Deprived of the areola of mysticism, his innovative approach has proven to be very effective in short-term strategic psychotherapy. Techniques and methods of hypnosis significantly increased the possibilities of professional tactics of a doctor, which is especially important when working with people for whom traditional methods of exposure have been ineffective. 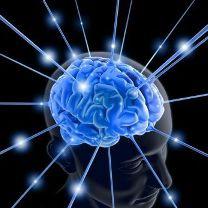 In his studies, Erickson relied solely on practice, his approach to the patient was pragmatic and was not based on theoretical calculations. There is no specific theory that describes Erickson’s hypnosis, but numerous therapist’s students have created a classification of his method of therapy based on lectures, audio recordings, and transcripts, as well as collaboration. Subsequently, they published books written in collaboration with Erickson, which reflected the main positions in the development of a new approach to hypnotherapeutic practice.

The psychotherapist perceived a hypnotic trance as a kind of altered state of consciousness, bringing the relationship between the doctor and the patient to a whole new level. In this case, the patient’s subconscious is released and begins to act regardless of consciousness, and the hypnotherapist adapts to this condition and uses it to further guide the patient. Interaction at the level of internal sensations supports trance, helping deeper perception of each other by the parties. 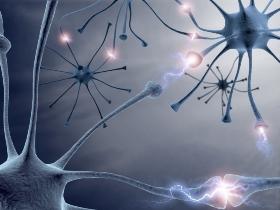 Erickson’s hypnosis was often based on the method of surprise, which literally pulled a person out of the usual environment, allowing the unconscious creativity and hidden abilities of patients to manifest themselves. Confusion was also one of the most effective trance techniques Erickson used. Hypnosis in this case was achieved by allegedly random interference in a standard situation, creating uncertainty and changing stereotypes. The patient responded to the effect to resolve the awkward situation, resulting in a trance state.

One of the most important psychotherapeutic methods used by Erickson was a hypnotic projection into a successful future and an analysis of the reactions that caused this result. The subsequent posthypnotic suggestion led the patient to the realization of a given goal. Deepening into past traumatic events also makes extensive use of Erickson hypnosis. The distant perception of a once-painful situation allows a more constructive assessment of it at the moment and facilitates a person’s condition.

Erickson made extensive use of metaphorical stories that allowed him to directly interact with the right hemisphere of the brain responsible for the work of the subconscious. Touching the patient's problems in a hidden form, metaphors gave the subconscious a way to resolve the internal conflict.

The main result from the application of hypnosis in practice, undoubtedly, is the appearance of qualitative changes aimed at personal growth and self-realization of patients. Erickson's methods continue to evolve and improve, giving the basis for the creation of new hypnotherapy techniques.