Drug addiction in Russia, as in many other countries, is a widespread problem. Over the past 10 years, the number of people suffering from addiction has increased 12 times. Although, according to the latest statistics, in 2017, 2.21% fewer patients were registered, than in previous years. Be that as it may, this topic remains relevant and problematic, so now it is worth considering its main aspects and paying special attention to statistics, as well as treatment and prevention issues. 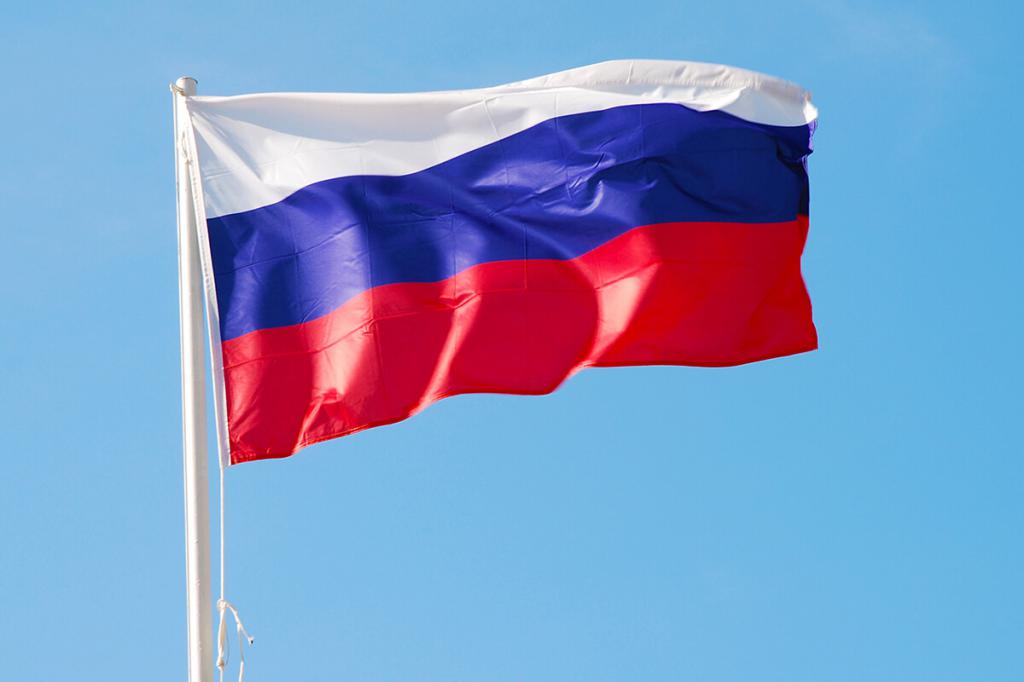 First of all, I would like to refer to the information provided by the Federal Drug Control Service of the Russian Federation (FSKN).

In 2005, an expert assessment was conducted, according to which from 3 to 8 million addicts live in our country. However, in 2006, managed to find out the exact information. It turned out that the number of citizens using illegal substances is equal to two million.

In the middle of autumn 2010, V.P. Ivanov, the head of the Federal Drug Control Service, announced that 2% of the working population of our country aged 15 to 64 years are dependent. The vast majority of them use opiate drugs. Others “sit” on synthetic drugs and marijuana.

Some time later, in 2012, the Federal Drug Control Service conducted a large-scale study, according to which it turned out that 18 million people (or 13% of the population) had narcotic experience.

At the time of 2014, in Russia there were about 8 million dependent. And these are people who use regularly or occasionally. 3 million of them are active addicts. According to statistics for 2014, approximately 5,000 people died from drug addiction each month.

The most detailed information is collected for 2016. According to these statistics of drug addiction, in Russia the situation is as follows:

Depressing is the fact that not all people are registered. But even the number of those who decided to do this is several times higher than the indicators of past years. 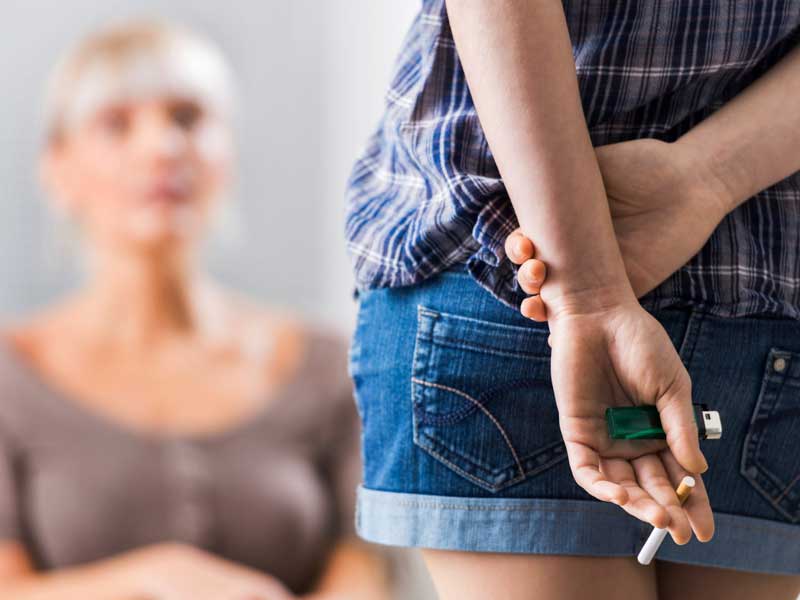 According to statistics, the death due to the use of prohibited substances occurs for the following reasons:

The fact that one drug addict is able to drag up to twenty people into a world of destructive addiction is also horrifying. After all, everyone knows that most often prohibited substances are distributed among friends or in a friendly company. Because starting in such a way is “more convenient” - not alone, but with associates. 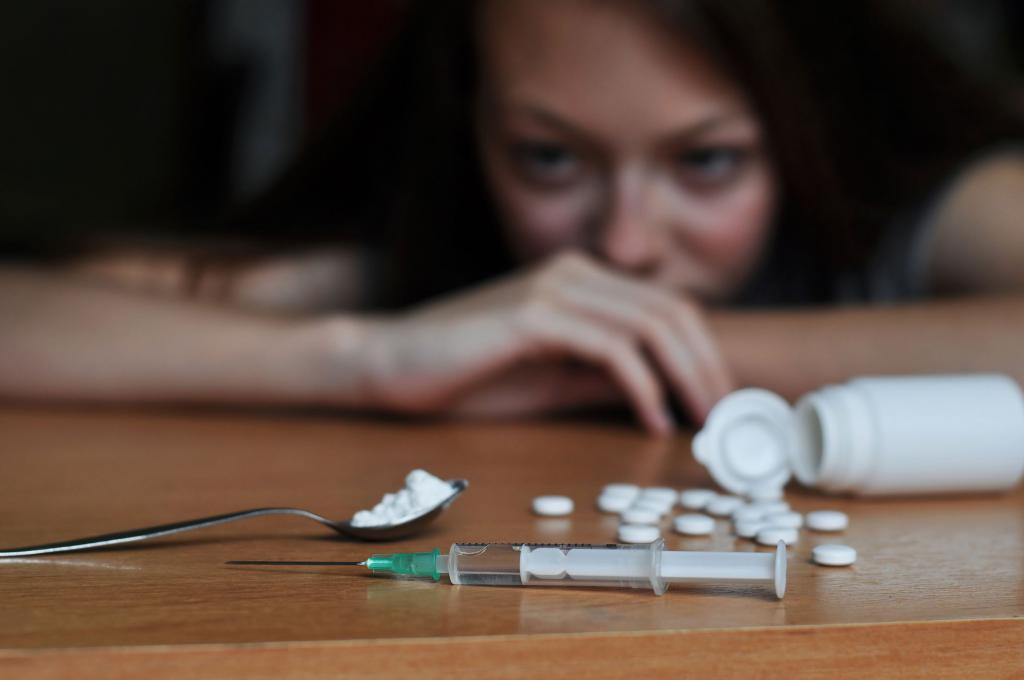 Within the framework of the topic under discussion, it is worth considering the drug rating of the regions of our country. It is logical that in some areas there are more addicts, and in others less.

And if we talk about drug addiction in Russian cities, it’s worth mentioning that the rating was compiled taking into account the data of the Federal Drug Control Service, the amount of substances seized by law enforcement agencies, as well as the number of people caught consuming certain drugs. The results are as follows:

The least expressed is the problem of drug addiction in Russia in the Far North. To be more precise, in the Magadan region and in the Nenets, Yamalo-Nenets and Chukotka Autonomous Districts. With the exception of these regions, the least amount of prohibited substances was found in Mari El, Chuvashia, Mordovia, Karelia and Adygea. 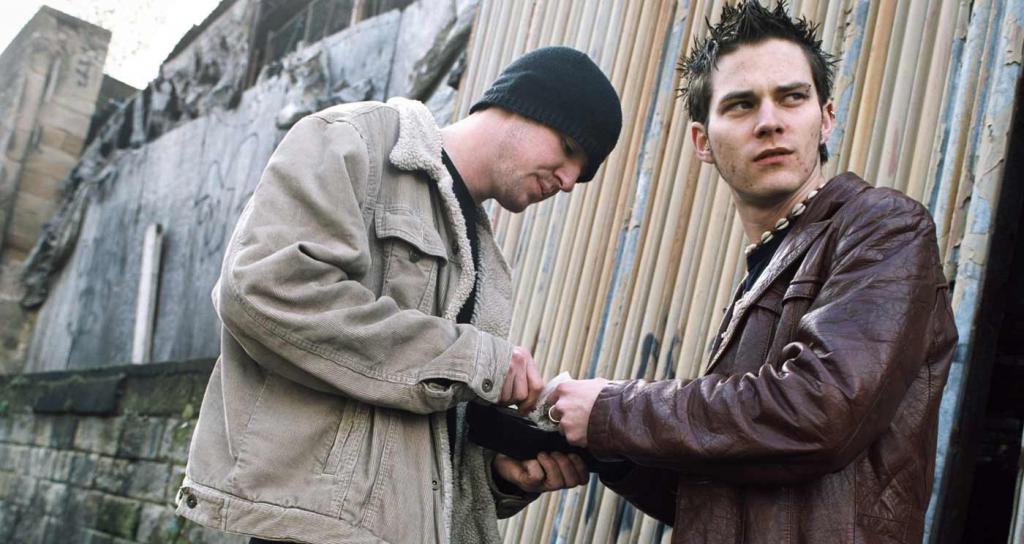 The fight against drug addiction in Russia is the primary task of law enforcement agencies.

In total, over the first five years since the beginning of the current decade, over 65,000 criminals have been recorded in our country who are involved in drug trafficking. This amount includes couriers, manufacturers, dealers. Moscow alone accounted for more than 4,700 people. And this is more than in the entire North Caucasus or, for example, the Far Eastern District.

There are more than 3400 criminals in St. Petersburg, about 3900 in the Moscow region. Also included in the top ten are Krasnodar, Krasnoyarsk, Primorsky Territories, as well as Novosibirsk, Rostov, Sverdlovsk, Samara and Chelyabinsk Regions.

The smallest number of criminals recorded in Sevastopol, Nenets Autonomous Okrug and in Chukotka.

Unfortunately, drug addiction in modern Russia drags a huge number of young people. So, for example, in the Sverdlovsk region for 5 years, 126 minor dealers were caught. A large number of young traders also operate in the Krasnoyarsk Territory, St. Petersburg, as well as in the Arkhangelsk and Nizhny Novgorod Regions.

Having studied the topic superficially, one can understand that for a long time the problem of drug addiction in Russia will remain unresolved. Every year there are more and more addicts, and this is a fact. But why?

Because with the help of prohibited substances that have a direct effect on the brain and central nervous system, people try to get rid of their oppressive fear, depression, anxiety, dissatisfaction and emotional stress.

All these processes are directly related to biochemical metabolism in the body. Negative sensations, the appearance of which provoke external factors (life problems), appear due to an imbalance in the production of neurotransmitters. The body begins to “demand” help. Unfortunately, many find her in drugs.

Scientists say that these substances at the cellular level fill the space freed up due to a lack of neurotransmitters. And since there is still a short-term effect on drugs, they still manage to bring the body into a state of comfort and peace.

In simple terms, drug addiction is not from a good life. And problems for modern people are becoming more and more. 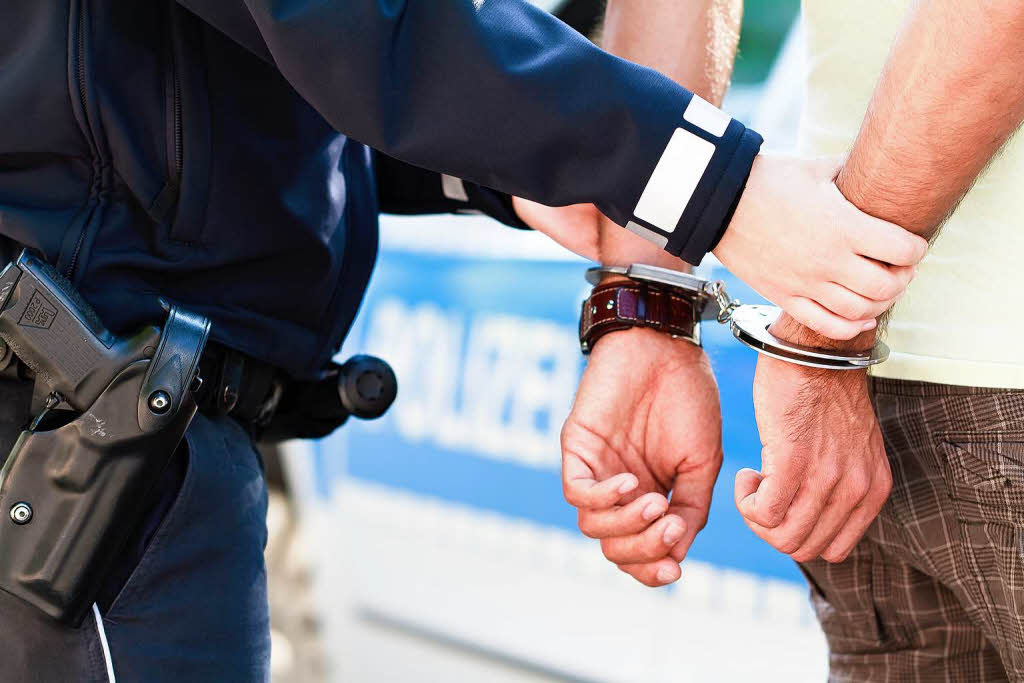 Reasons for drug addiction in Russia

If we exclude the psychological aspects that prompt many to decide to start taking substances (problems with loved ones, internal contradictions, personal dissatisfaction, etc.), then the following factors will remain that are the cause of dependence in our country:

It is also impossible not to add that drugs are getting cheaper, despite the crisis and inflation. Even drug addiction is flourishing in Russia due to the emergence of synthetic substances that simply do not have time to classify and replenish with them the register of illicit drugs. Moreover, the shadow Internet greatly facilitated the process of acquiring drugs and complicated the task for law enforcement agencies.

And this is also worth briefly telling. Drug treatment in Russia began to be carried out about 30 years ago. And previously resorted to obsolete, repressive methods.

They used antipsychotics that corrected behavior and suppressed the attraction to illegal substances. But these drugs have never been used in world practice to treat addiction. Antipsychotics were generally used to break the will of dissidents and political prisoners.

What is the situation with drug treatment in Russia now? There are several state rehabilitation centers and many private clinics. Treatment is carried out competently, in stages. It includes detoxification, rehabilitation, and further social adaptation and prevention.

But there is another problem. And it consists in the motivation of addicts for treatment. If the person himself does not want or does not succumb to influence from relatives and relatives, he will not be sent to the clinic. Compulsory treatment can only be prescribed by the judiciary to people who have been brought in for drug trafficking. 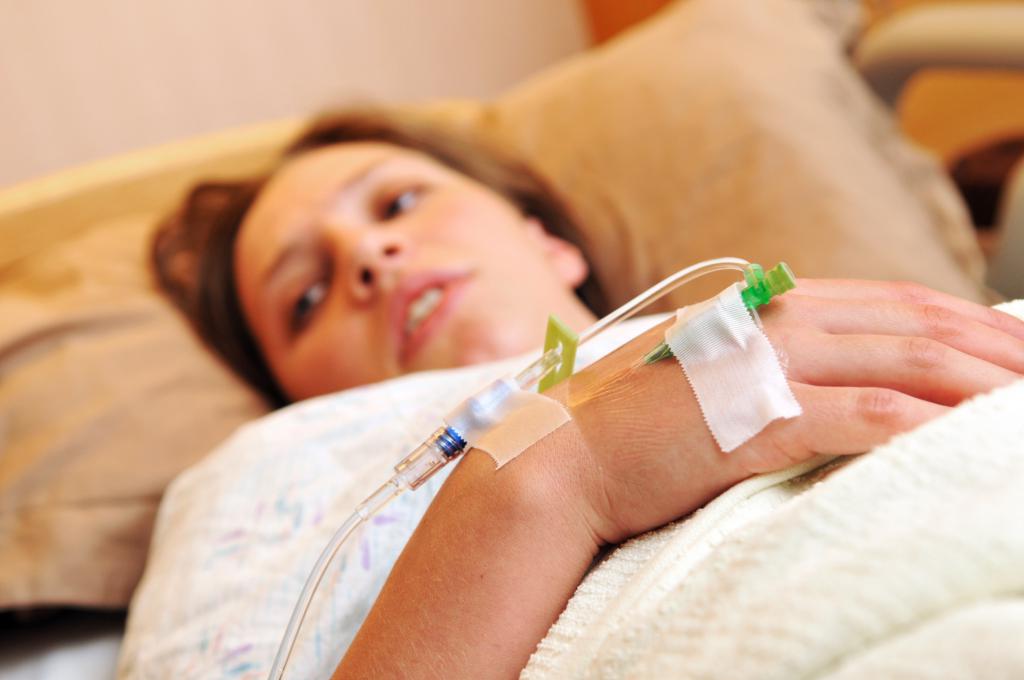 In fact, in our country everything is developing in the same way as in others. The state and trends of drug addiction in Russia are almost the same as in other states. The distribution of prohibited substances has contributed to:

All this not only leads a considerable part of people to addiction, but also significantly aggravates the situation of those who already suffer from it. 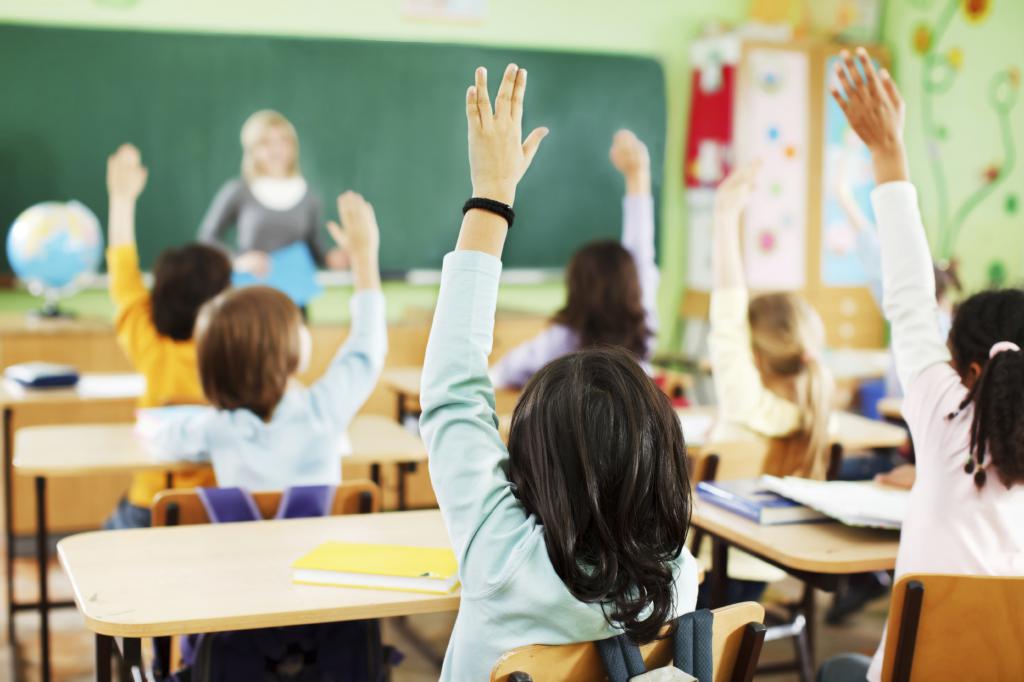 Everyone knows that it’s easier to prevent than to cure. Prevention of drug addiction in Russia is the most important deterrent. A competent approach to this process can affect the decrease in the number of young people who decide to start taking substances.

Prevention has long been an integral part of enlightenment. Schools and colleges conduct lectures on drug addiction, show feature films and documentaries. But this also does not guarantee anything. Some teenagers can be influenced in this way, while others are not.

There are also several telephone services, which are a kind of information bridge for citizens of our country:

Naturally, all lines are anonymous and free, so absolutely everyone can call the number and find the answer to his question, or simply speak out.