A coin in denomination of 20 kopecks in 1979 cannot be called a rarity of numismatics, but the price for it will vary depending on the type. There are three options for the face value, which were produced in St. Petersburg and Moscow. The exact amount of monetary units produced remains unknown. Just say that the price of this coin is low. For the manufacture, an alloy of zinc, copper and nickel was used. Standard weight is almost three and a half grams. 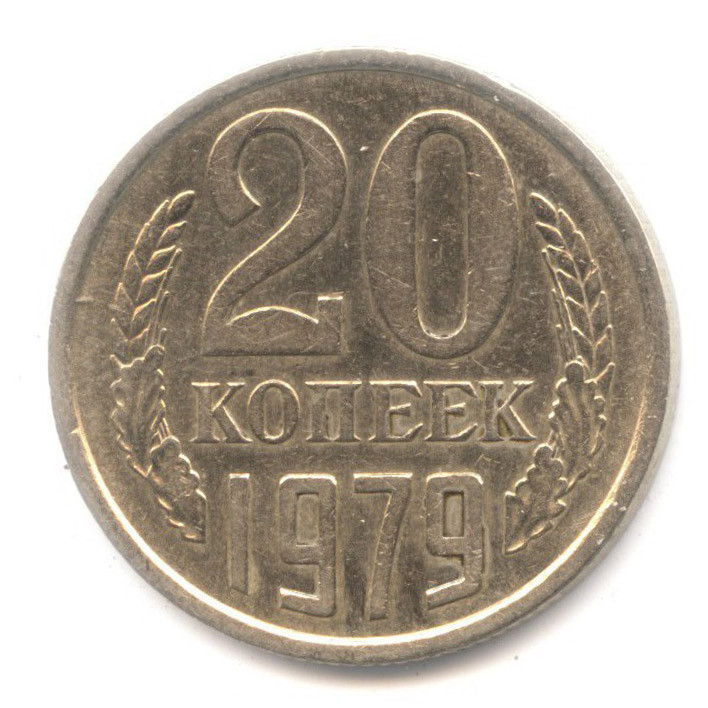 The upper half of the coin of 20 kopecks (1979) is occupied by the number 20. The remaining half was taken under the inscription "kopecks" and an indication of the year of manufacture. Like many other coins of that time, ears of wheat are located along the pip on the right and left side of the letters. They go from the bottom up. Oak leaves decorate the "wheat" frame.

When minting a coin of 20 kopecks in 1979, several stamps were used. The obverse is made using the converted stamp 1.2. In the image of the Earth, the hammer and sickle are clearly visible. Sheaves of wheat, which originate just below the planet, also make up the central part of the composition. Also on the coin there is an image of the sun, or rather, its upper part. The rays of the rising sun reach the Earth, as if illuminating and heating it. Ligaments of wheat are directed upwards, they have different thicknesses, and are tied with ribbons. The number of ribbons on money of 20 kopecks in 1979 symbolizes the number of republics of the Union.

At the top of the coin, where the wheat ears meet, is a five-pointed star. Below, as if emphasizing the image of the coat of arms, the inscription "USSR" is indicated. The right outer ridge has no ledge. The distance between the tapes is narrow. 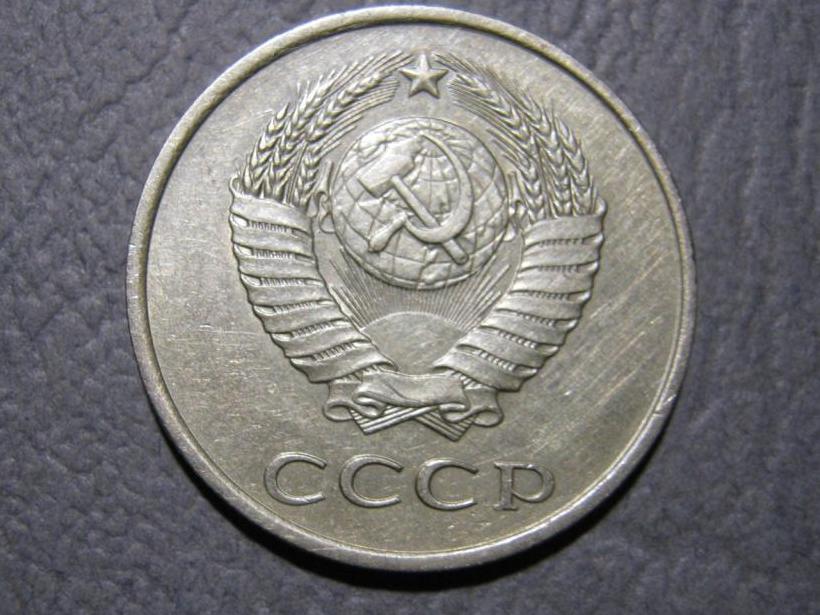 The most common coin of 20 kopecks in 1979 was made using a standard twenty-kopeck stamp, which is usually called "native". It was used between 1973 and 1981.

Such coins make up almost 96% of the total circulation. Their distinctive feature is the absence of the spine, which is located in the region of the second ears of internal grains. Buyers practically do not chase such coins, since their value varies from 1 to 6 rubles.

Two other types of coins were produced using “three-kopeck” stamps (3.2). Their mass use began in 1979 for the production of coins in three pennies. The price of 20 kopecks in 1979 will already be slightly higher. But it should be noted that coins are still not in great demand: it is almost impossible to sell them, they are often found.

The third version of coins - we will call it the rarest and most expensive - has obverse 3-61.3. As experienced numismatists say, "in the good times," such a coin could cost from 500 rubles. and higher. But at present, selling it at a high price is almost impossible.

Such coins can be distinguished from others by the long spines of the second ears. Also on the obverse in the Kant region, the coat of arms will be removed. In the first type of coin, awn will be completely absent. In the second option, the near spike has a very short spine. 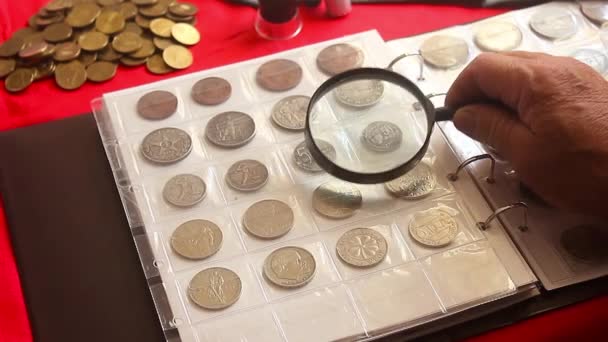