The history of our country is rich and diverse. Each historical milestone brought interesting facts. So, in numismatics, an amazing year is 1922, when the Civil War was drawing to a close, and at that time the mint in Petrograd began to issue a new coin. 50 kopecks of 1922 were minted from precious metal. By the way, it was this coin that became the last on which the coat of arms of the RSFSR was depicted. And next year, coins appeared, where there was the symbolism of the Soviet Union.

Minted a coin of 50 kopecks in 1921. For its manufacture, silver of 900 samples was used, from which preparations were first prepared. 50 kopecks in 1922 was produced with a diameter of 26.67 centimeters, and the weight was ten and a half grams. Her appearance was also interesting. So, on the obverse of the coin was the emblem of the country with a fringing, and here was the famous inscription-appeal “Workers of all countries, unite!”

The reverse was decorated with a star, in the center of which was the number "50". A crown of oak leaves was also depicted, between them it was indicated that it was a fifty kopeck coin. The edge was inscribed that it was made of pure silver metal and the weight of such a coin was 10.5 grams. The designations immediately appeared: AG and PL. 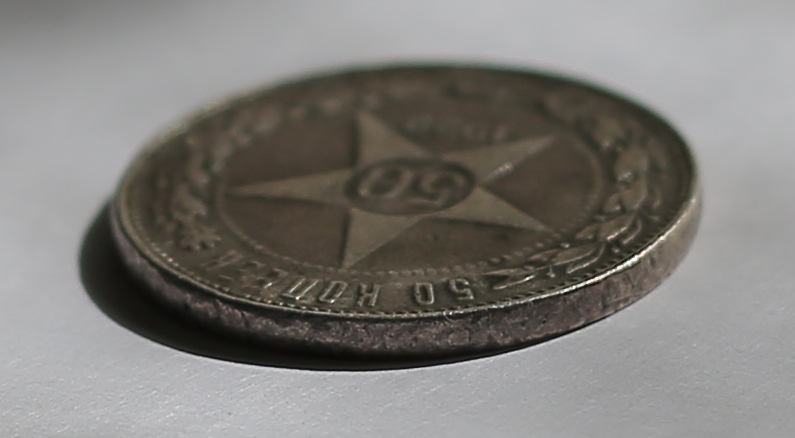 The abbreviation on the edge testified that the coin of 50 kopecks of 1922 (silver) had several types. This was due to the fact that, starting in 1921, the minting of banknotes at the mint in Petrograd was supervised by ministry master Arthur Hartmann. His position was also called the head of the monetary redistribution. On behalf of the name of this person on the edge of the coin and signs appeared AG. There are not many banknotes with such markings, but all of them are currently at a high price.

But by the end of 1922, this abbreviation on the edge was changing, and now the letters PL appear. This was justified by the fact that Hartman resigned, and he was replaced by Peter Latyshev. In the past, Pyotr Vasilyevich held the position of Manager of the Medal and Auxiliary Parts of the same Mint in Petrograd. When a company was launched in the young republic to remove the tsarist workers from high positions, Latyshev was also fired.

And only after many years, when this company with dismissals was nevertheless recognized as erroneous, was Pyotr Vasilyevich invited to become manager again. There are more such coins with the letters PL, therefore, at present their price is slightly lower.

Two types of coins are known to all collectors, and in the catalog they are recorded as Fedorin 2 and, accordingly, Fedorin 3. There is also a third variety. So, in 1922, several coins fell into circulation, where the edge turned out to be completely smooth and without any marks. Currently, it is such a coin of 50 kopecks in 1922 from silver that is considered rare. 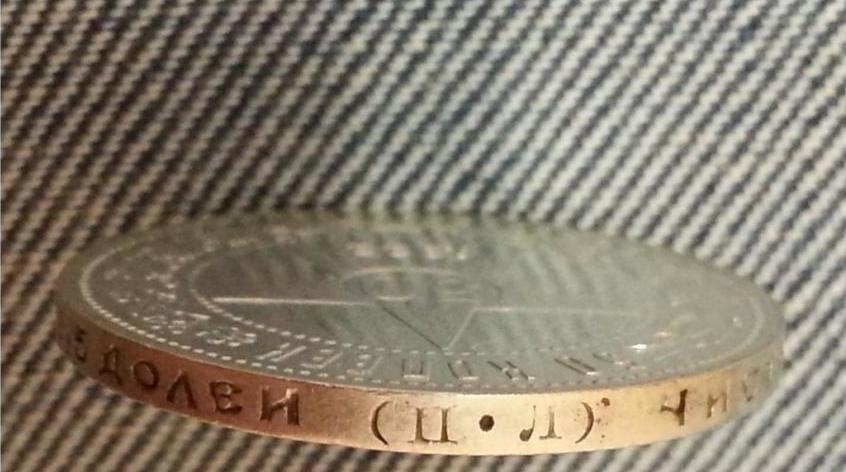 It is known that despite the fact that the quality of the coins of 50 kopecks in 1922 was strictly monitored, defective copies were sometimes found. So, one of such marriages was considered the absence of the letter “a” at the end of the word “silver”. Now collectors who dream of acquiring such a rare, albeit defective coin, are required to offer three times more than for the one that was minted in accordance with all the rules.

Such a marriage includes a smooth edge. Surprisingly, now this marriage has two explanations. The first option is that the 50 kopeck coin of 1922 did not get into the hert ring when it was made. But this happens very rarely. The second explanation is that the fake was made specially to later give such a coin as rare. Indeed, rare coins are always appreciated by collectors.

And there is another famous marriage of a coin of 50 kopecks (silver), which can not even be explained. Sometimes such a banknote weighs less usually. This fraud was made specifically to steal a precious metal. 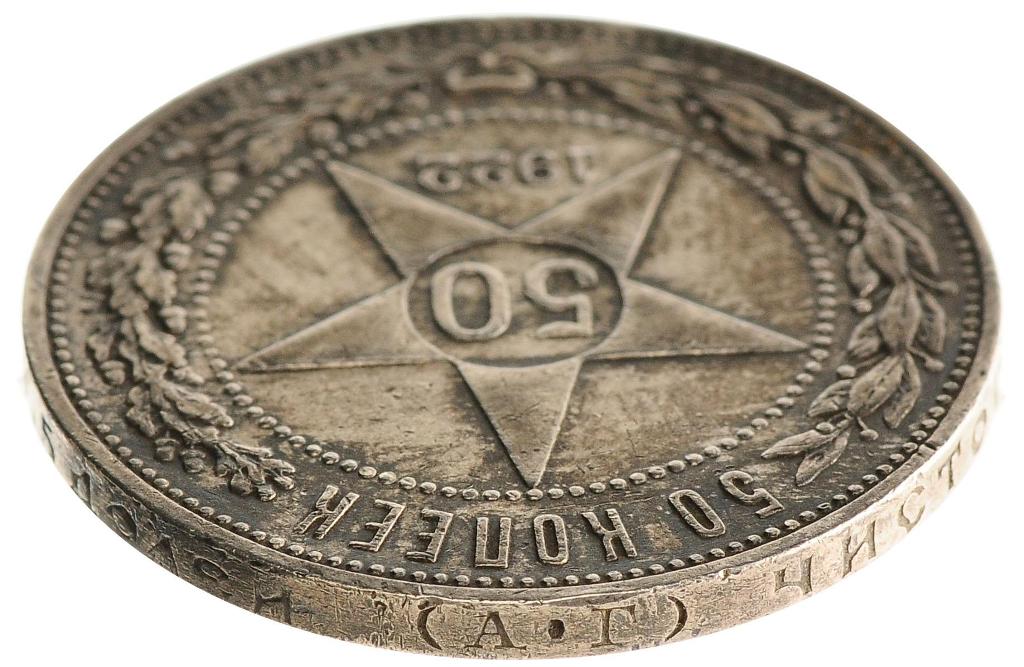 But it is already known that 50 kopecks of 1922 exist not only with marriages, but fakes also appear from time to time. Currently, such fakes are divided into two groups. The first group of such banknotes was made of tin by fraudsters, and they successfully put them into circulation. But these fakes belonged to 1922.

Currently, fakes of this coin are also being made. Modern ones can easily be determined by the fact that the font is broken, the edge is usually always smooth on such coins, and they are also made of artificial patina. It is difficult not to see it for an experienced collector, but a beginner may be deceived.

Collectors also know about a series of fake fifty dollars with a “polished stamping”. These banknotes were issued in 1922 specifically for collectors. They minted them in a small edition, so the price for such a coin is always high. 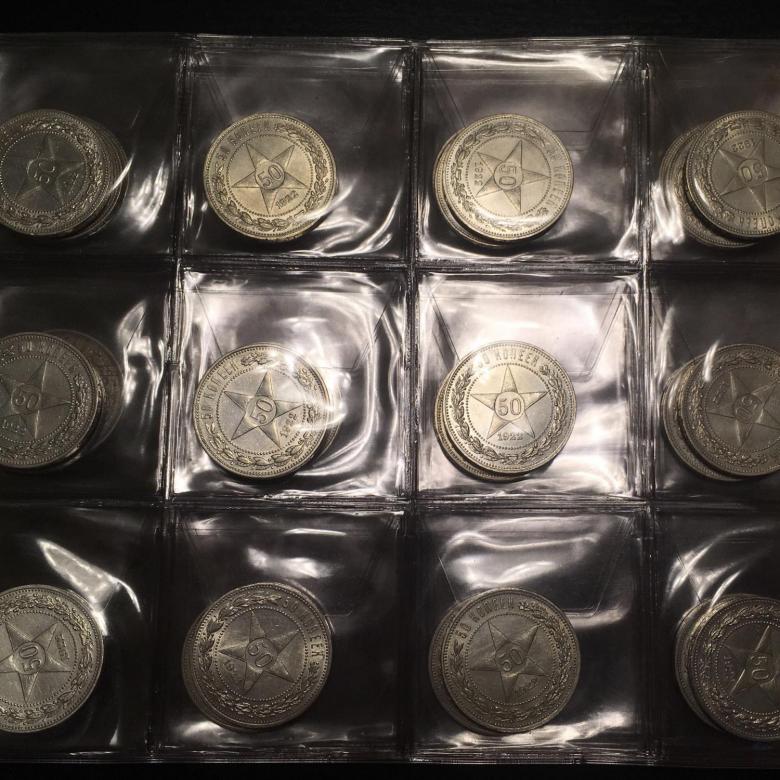 The price of 50 kopecks of the RSFSR of 1922 varies from 300 rubles to one hundred thousand. All these banknotes can be divided into two groups according to the abbreviation on the edge. AGs are appreciated by collectors much more than submarines. Hence the price of the first coins is higher. If the coin has not been circulated yet, then its price can reach fifteen thousand rubles.

The price of defective coins is mobile, so it will depend on the demand for the collector. If at this time interest in it was raised among many coin collectors, then its price immediately begins to grow.

The price of fifty dollars in 1922 at auctions 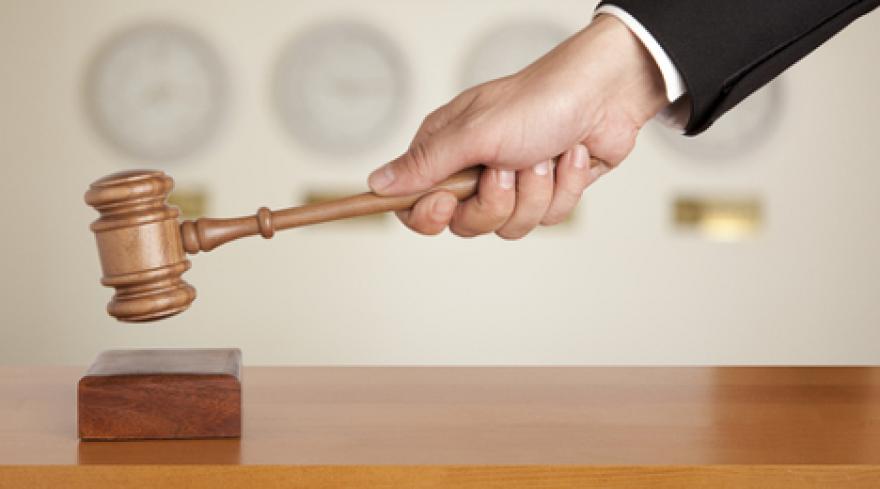 Despite the fact that during the issue of coins in 1922 the Civil War was still going on, the circulation of a coin of 50 kopecks of this time from silver amounted to more than eight million copies. AG has always been rated higher by collectors, since during the war years many of these coins were melted, and there were not so many copies.

If a 50 kopeck coin has a stamped gloss or has capsules, then it can be even more expensive. So, for such a coin, submarines usually give from six to twenty thousand rubles, and from AG you can bargain from thirty to one hundred thousand rubles. Fifty dollars with a smooth edge can be purchased recently at a price of 80,000 to two hundred thousand rubles. Such a high price for just these coins is justified by the fact that now there are a lot of fakes.

The coin minting was valuable in that it confirmed the significance and power of the new Soviet power, and on the other hand, it became a milestone in the transition to a powerful country. That is why the coin of this time is a rarity.